A WOMAN has caused controversy online after she shared a video of the detailed grocery list she writes for her husband for when he goes grocery shopping.

Melinda, who posted the video on her TikTok account adamxmelinda, showed the lengths she goes to help her husband find everything in the grocery store. 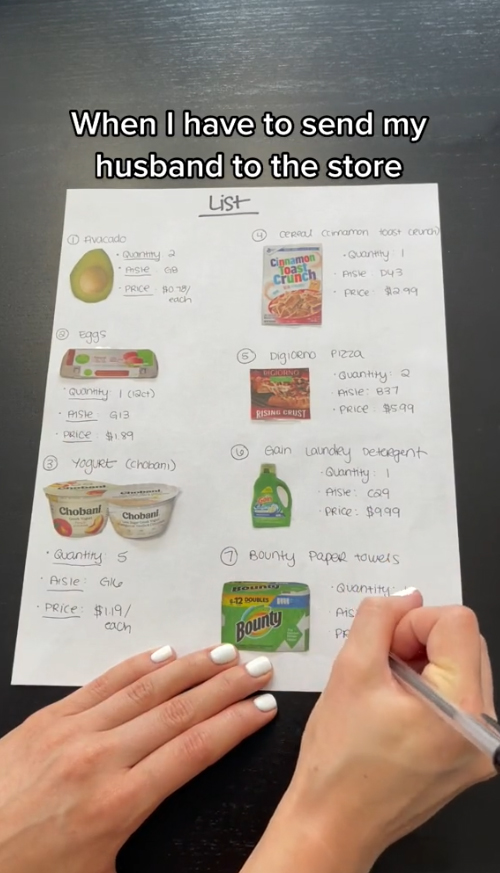 In the clip, she can be seen pasting images of food items onto the list⁠—such as yoghurt, avocado and cereal⁠—writing the price and instructions next to each of them.

Then on another page, she has drawn a map to help direct her husband around the store.

Since being uploaded, the clip has been seen 8.4million times, liked 1.2million times and has thousands of comments.

While Melinda was quick to point out the list and the video was a joke, it sparked a debate online.

Viewers commented on the post, sharing experiences that they've had with their husband that are similar, with many saying their husband has ventured to the grocery store only to buy the wrong things.

Others said this was a sad example of the low expectations that are put on men.

"I know it's a joke but after seeing all those tiktoks on husbands/dad u have to realise that the bar for them is so low," another person said.

Another commenter said her dad always buys incorrect items when he goes shopping.

She said: "Whenever my dad goes he buys everything we don't need and then we don't eat it and he's like why are you wasting food and we tell him we don't eat those [things]."

While there were those who were unhappy with the video, others shared their own bits of advice.

"I know its a joke… but wouldn't it be better to do this in a word doc then print it with all the info and pics," one person suggested.

And a man said he would appreciate such a list, saying: "Idc (I don't care) what the comments are saying, this is actually genius for some people. It can be easy to get distracted and forget." 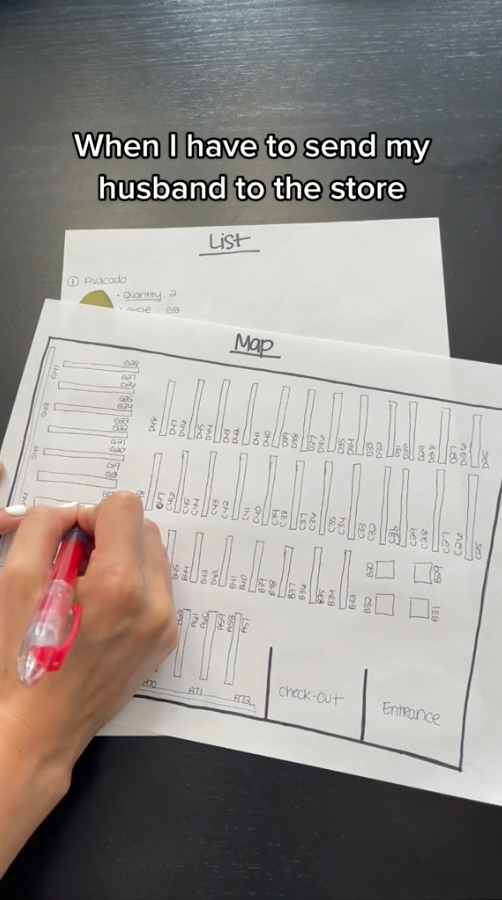 We previously reported on a mum-of-16 who shared video of her whopping £560 grocery shop that took up THREE trolleys.

Plus a thrifty mum shares easy meal planner which has saved her family-of-five £360 a month on food.

And mum-of-10 reveals how she feeds her children & she’s up from 4am to 11pm to get through all her chores.