Tats the spirit! Indiana grandma ‘stuns’ her family by getting her first TATTOO at AGE 82 – after reading an article that inspired her to ‘live each day to the fullest’ because ‘you never know what tomorrow will bring’

An 82-year-old woman shocked her entire family when she announced that she wanted to get her first tattoo ‘because you never know what tomorrow is going to bring.’

Judy Dede’s spur-of-the-moment decision was caught on camera by her granddaughter, Brandy O’Reilly, who filmed the octogenarian explaining why she had made the decision to get her first piece of body art at such a late stage in life.

‘I’m going to blow your mind,’ Judy, from Fort Wayne, Indiana, said in the clip, which has garnered almost four million views since it was posted last month. ‘I want to get a tattoo.’

Judy explained that her husband had tattoos but she never considered getting one because it was ‘unheard of for a woman to have one’ when she grew up. 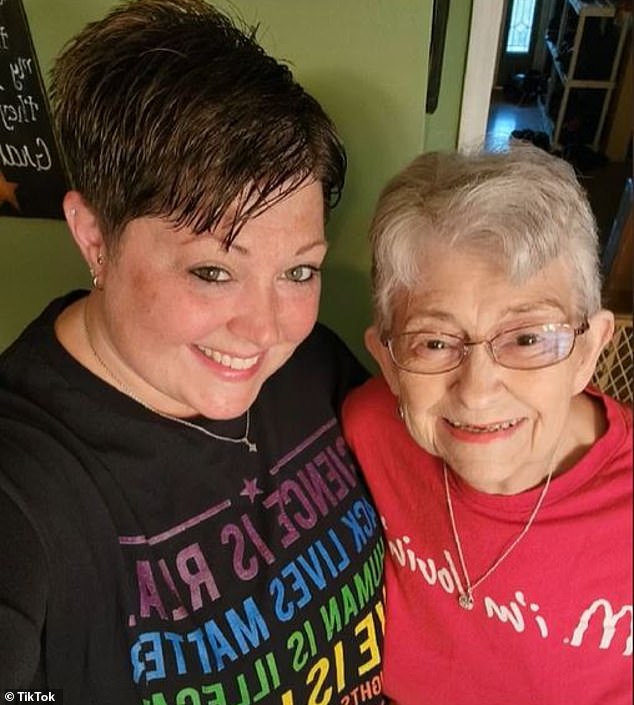 Brandy O’Reilly (left) uploaded a video of the moment her grandmother, Judy Dede (right), decided it was time to get her first ink design, and it quickly stole everyone’s hearts 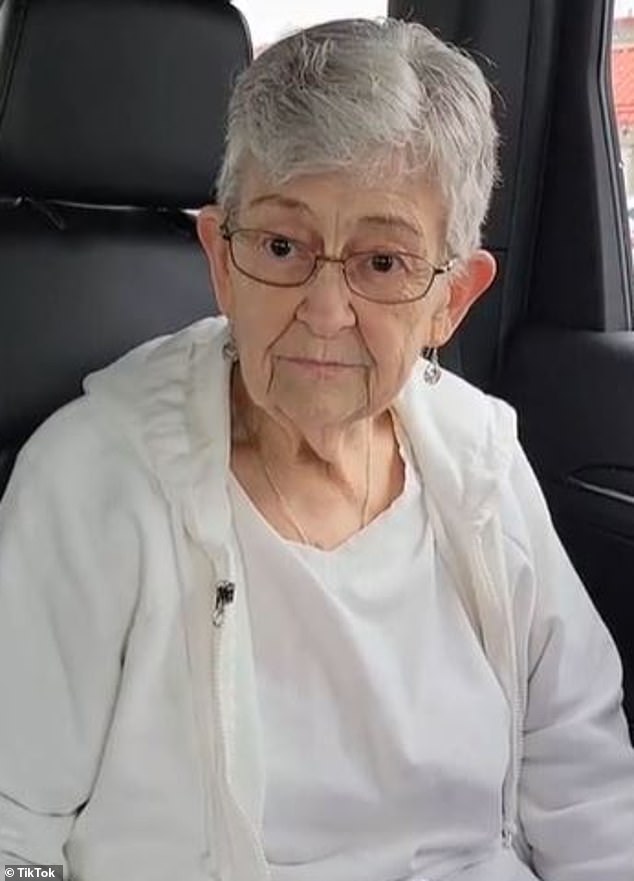 ‘I’m going to blow your mind. I want to get a tattoo,’ Judy said in the video, which has garnered almost 4 million views since it was posted to TikTok last month

‘It just didn’t happen. I never really thought about it,’ she said in another video.

‘But every time I turn around somebody’s got a tattoo. And I just look at them, and I never really thought about me.

‘But now it’s my time. I said, “You know what? You never really know what’s going to happen tomorrow so you live for today. And tomorrow will take care of itself.”‘

In an interview with Fox, Judy added that what really pushed her to finally get one was an article that she read about living life to the fullest.

‘I read an article and it just blew me away. And that’s when I said, “You know what, I’m living each day as best I can because you never know what tomorrow is going to bring,”‘ she explained.

‘We had been shopping and had just stopped to go to the grocery store and I said, “Shut off the car. I’m going to blow your mind. I want to get a tattoo.” They were stunned.’

15 days after posting the video, Judy, Brandy and some other family members headed to the tattoo shop to all get tattoos together. And it was a very monumental day for them.

‘There were four generations getting a tattoo with her,’ Brandy explained. ‘My two sons – her great-grandsons – got their very first tattoo with her.’

My mother, myself, my wife and my two daughters-in-law got tattoos as well.’

To make things even more special, Brandy’s 10-year-old daughter had someone draw a tattoo on her arm so she could participate too.

As for what she got, Judy opted for a custom design that combined a music note, a ribbon, a heart and a fish hook.

‘The music note was all-encompassing for our whole family. We’re all a bit musically inclined. Starting with my mother who wrote music and she sang a lot,’ Brandy revealed.

‘And I’ve just been that way my whole life. I just love to sing and dance.’

The ribbon was an ode to Brandy’s mother-in-law, who died from cancer in 2019, while the fish hook was for her father, who passed away from a heart attack in July. 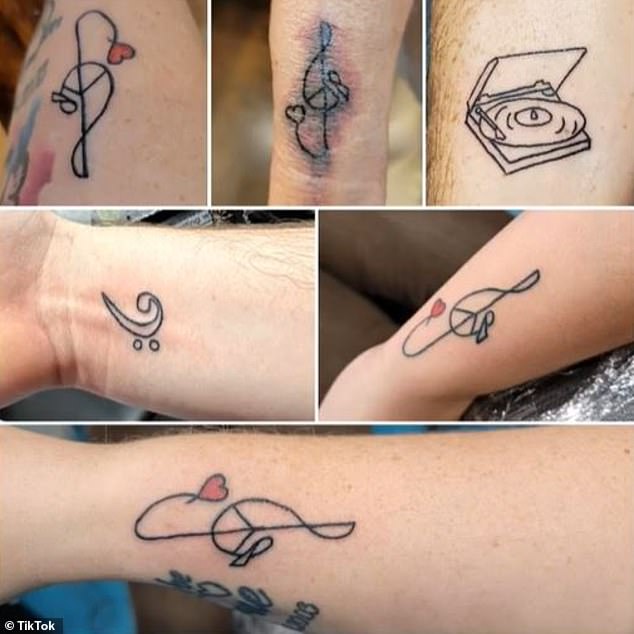 Judy (whose tattoo is seen top center) and four generations of her family ended up going to get the tattoos together, with all of them opting for a music-themed design

According to Judy, getting the design permanently inked onto her body barely even hurt.

‘It was a piece of cake,’ she said on TikTok.

‘It did hurt but it wasn’t something I couldn’t deal with. I’ve had numbing shots and stitches before so this was nothing compared to that’

She also said she was ‘speechless’ over the amount of positive attention that the video received, and that she ‘never in a million years’ imagined she would make it onto the news.

‘I’m so thankful for everyone who has commented and has something to say. It makes everything worth while,’ she added.