The ultimate battle of the bands! In an exclusive interview with HollywoodLife, 98 Degrees shared their thoughts on having a Verzuz battle with fellow boy band favorites, NSYNC & Backstreet Boys.

90s’ kids rejoice! 98 Degrees is back and better than ever! Fans are eager to get all of their childhood favorites back on stage together again. However, when asked if members Nick and Drew Lachey, Justin Jeffre, and Jeff Timmons, would be down for a Verzuz battle with fellow boybands, NSYNC or Backstreet Boys, 98 Degrees politely declined. 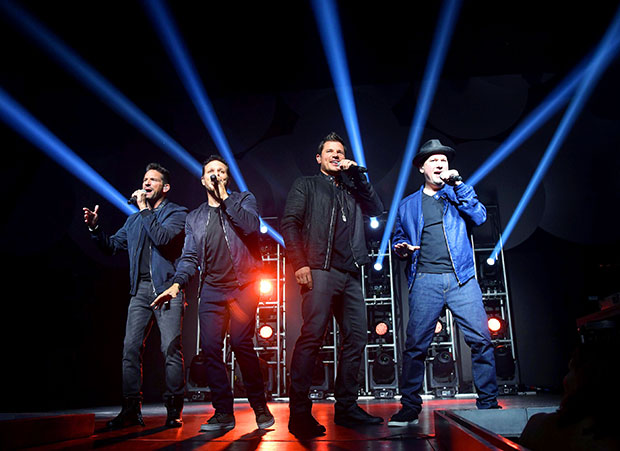 However, not all is lost when it comes to combining forces. “But the idea of doing something together and touring together and sharing the stage together is appealing not only to us but to all the fans of that era of music out there, and I think it would [be] a huge opportunity,” Nick shares. “We all have talked about it in different circles at different times and it just hasn’t had the stars align and there hasn’t been a time to put that package together, but we will keep talking about it until it hopefully does, and I think it would be something we would enjoy with the three groups and also the fans would have a blast with all of that. It would be a celebration of a cool era and time in music, and it would be a special special thing.”

The pop group has been taking over our radio stations with their recent comeback single, “Where Do You Wanna Go,” which was released on July 9. It’s their first original release in more than eight years, but it was well worth the wait! Fans will immediately gravitate to their vibrant new sound which is perfect for a new millennium.

The Hardest Thing crooners are celebrating their 25th anniversary soon and have a lot of enticing plans for the future. “We are definitely planning to do more music. We have recorded a couple [of] new songs and we are excited about it and are excited to continue to tour,” Justin exclaims. “We have been working with DJ Lux and he has been DJing at our shows and that has given us an opportunity to record some stuff on the road, so it is an exciting time for us, and we are loving that we are able to do it.”