When he got home late after a school sports day, there were cars parked everywhere outside his house in Montreal. He walked up the steps and his sister grabbed his shoulders tightly at the front door and steered him inside. There he saw his mother sitting in a rocking chair in the loungeroom. Many of his relatives were milling around, looking solemn and not saying anything.

His mother got up from the chair and came over to him.

“A terrible tragedy has happened in our family,” she said. “Paul is dead.”

His brother Paul was 14. He was crossing the street outside his high school that afternoon and was struck by a police car that did not have its siren on and had sped through a red light at an estimated 120 kilometres/hour in a 50 kilometre/hour school zone. 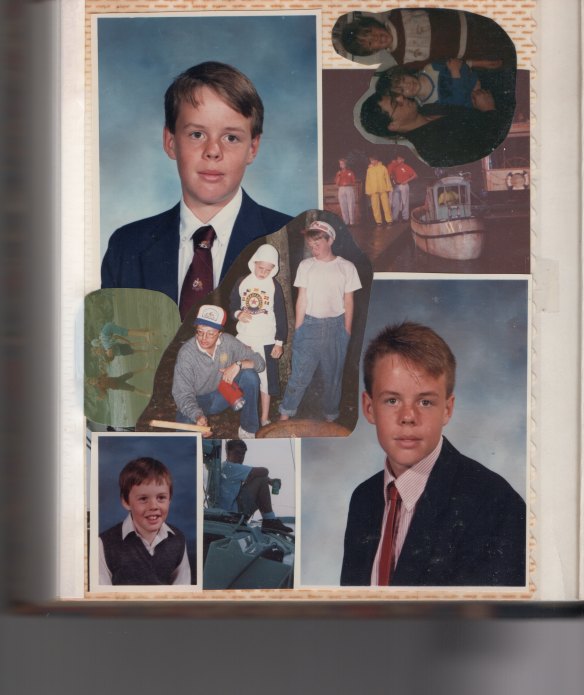 A page from a book McKinnon’s sister made for their parents the first Christmas after Paul was killed, featuring Paul’s grade 7 high school yearbook photo.

But, unbelievably, for Alex McKinnon something worse happened. He lost all memories of his brother and, along with that, much of his childhood. His memory bank only goes back as far as October 25, 1990. Everything before then disappeared like smoke.

McKinnon’s heart-wrenching podcast, Sorry About the Kid – named after the off-hand comment from a police officer who returned Paul’s blood-stained clothes to the family – is an attempt to get those memories back and try to make sense of what happened that day.

“I lived in LA for eight years,” says McKinnon, who is a screenwriter and is now 42. “When I moved back to Montreal in 2018, all those feelings about what happened came rushing back. That’s why I started thinking about the podcast.”

What happened to Paul was by no means an isolated incident. McKinnon researched the couple of years before 1990 and discovered that there were hundreds and hundreds of reports of police being in accidents involving recklessness.

“In Montreal at that time, there was an us-versus-them mentality between the police and the citizenry,” says McKinnon. “There was this real thuggery in the police force.” 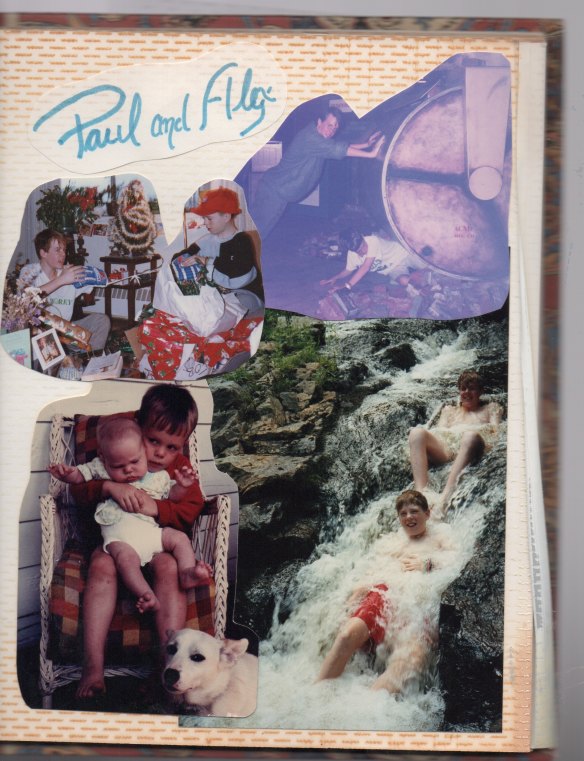 In the podcast, McKinnon interviews his parents, who often appeared in the press campaigning for justice and an overhaul of police training and procedures, and the conversations are still raw, three decades after Paul’s death.

The police officer who killed Paul was a 27-year-old rookie named Serge Markovic. After a gruelling seven years of court cases – which happened due to the tireless efforts by McKinnon’s parents in gathering evidence and pressuring authorities – he was eventually prosecuted and found guilty of dangerous driving. But he never spent a day in jail, instead getting one year of house arrest and a two-year suspension. McKinnon’s attitude towards him has softened over the years.

“I was so tired of being mad at him,” he says. “It takes so much energy to hate. He didn’t mean to kill Paul that day. I don’t think there was hate in his heart, like the George Floyd situation. I think he was poorly trained and there were a lot of systemic issues that contributed to what happened, so I have sympathy for him in that regard.”

As for his lost memories, McKinnon recognises that this was his way of trying to deal with the trauma. But during the making of the podcast, a remarkable thing happened. He interviewed Yvonne Clark, a social worker who was at the scene of the accident in 1990 and gave evidence in court.

McKinnon had been friends with Clark’s children when he was growing up. She told him that he and his family changed her life. After what happened, she changed disciplines to become a grief counsellor, specialising in children. As McKinnon interviewed her, she started asking him questions in return.

“She said to me that it was obvious I’d never processed Paul’s death,” says McKinnon. “And she said she’d love to give me some grief counselling. So, she changed my life too, no question.”

Parts of those sessions are in the podcast. We hear McKinnon recover memories of Paul – helping a blind person across a street; sharing a conspiratorial smile while sitting in a barber’s chair. He hopes to get more pieces of the puzzle over time.

But the most significant thing happened after it was all done and the podcast became available earlier this year.

“For a while my full-time job was writing to people who contacted me,” says McKinnon. “When someone writes to you and says, ‘This podcast meant so much to me because my son died’, you can’t just write back and say, ‘Thanks for listening.’ You have to get into it. That’s been a part of this whole process that I never expected.

“I knew I had to be as honest as I could in approaching this story and not filter any of my emotions and not spare the terrible details. That’s what people identified with and responded to.”

And in the end, Alex McKinnon discovered something he didn’t even know he was looking for – that when it comes to loss and grief, he’s not alone.

To read more from Spectrum, visit our page here.