ALDI is selling a 7ft dinosaur sprinkler for £30, perfect for the last few weeks of the summer holidays.

The Summer Waves giant dinosaur sprinkler is one of Aldi's latest bargain Specialbuys. 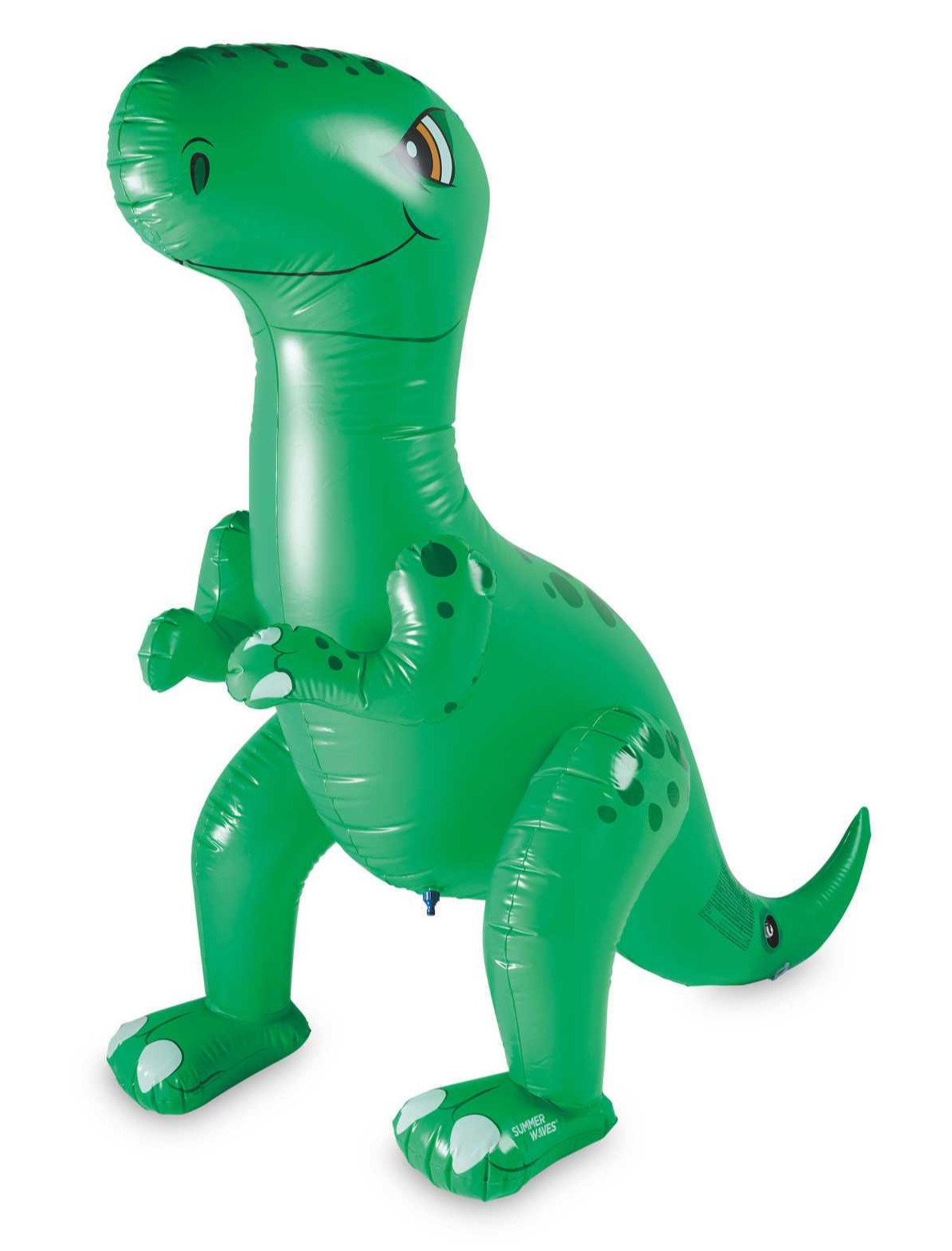 Specialbuys usually drop every Thursday and Sunday online at Aldi, so there's always a chance to pick up new discount goods from the supermarket's extensive online catalogue.

Aldi describes the sprinkler as great for birthday parties and chilled out days in the garden, and adults will love it too.

The inflatable garden toy has a built-in sprinkler and a water filled base to stop it from toppling over.

All you need to do is connect your garden hose to the valve in its tail and the sprinkler jet will be good to go.

You can only order the inflatable online, so unfortunately there's no avoiding the extra £2.95 you'll have to pay on top to get it delivered.

The good news is, that unlike other Specialbuy items the discount retailer promotes, this one hasn't already sold-out.

Shoppers will want to be quick though as the end of the school break is looming and the bargain buy will likely sell out fast – especially as UK temperatures are due to hot up once again.

The sprinkler has received top marks so far with 100% positive feedback and five-star reviews from shoppers who have already splashed out on the buy.

One user said: "I used it for a kids party and everyone loves it, the kids were even riding it and it is still in perfect condition."

While another commented: "The sprinkler feature is excellent and we all had a great day laughing."

Aldi is also selling a giant unicorn sprinkler for the same price as the dinosaur, it's also 7ft tall if you fancy an alternate choice.

As always though, it's best to shop around before you splash out.

You might find you can pick up something similar at a cheaper price.

That was certainly the case with Asda's version of the giant sprinkler sold last year, which was £5 cheaper at £25.

Sadly that sprinkler is no longer available but there are other cheaper options you can buy right now.

You can pick up one from Amazon for only £11, though it's almost a third of the size of Aldi's.

The Chengstore dinosaur sprinkler stands at only 2.5ft tall, so it's not quite as impressive as Aldi's massive version.

Another dinosaur sprinkler you can buy from Amazon though measures 6ft in height and it's the same price as Aldi's.

The £30 Joysplash inflatable comes with free delivery too and you could get it as early as Sunday.

In the meantime, adults don't have to miss out on all the water-based fun, as Aldi’s sell-out inflatable £350 hot tub is back in shops this month.

The store has a whole host of other Specialbuys you can cash-in on right now too, including a bamboo bistro set for only £170 that's cheaper than Wilko and Dunelm.

You can still catch items in its massive up to 50% off Specialbuy summer sale as well.

If you click on a link in this story we will earn affiliate revenue.