‘Wow, that top really suits you!’

‘You look so pretty!’

That’s how my weekends usually start. While getting ready to spend the day together, my daughter will try clothes on and parade in front of me while I shower her with compliments.

I’ll praise a colour choice she’s made, how well she’s done a plait, or on how yummy her strawberry lip-gloss smells.

In fact, I tell my nine-year-old daughter, Adriana, that she’s pretty, lovely, has the sparkliest eyes, and the warmest smile at least a dozen times a day.

Except, apparently, some people think that it’s the worst thing I could do to her. I recently had a conversation with a friend that made me question everything.

My friend told me I shouldn’t keep telling my daughter she’s pretty. That it’s too ‘looks-focused’ and I wouldn’t do this if she were a boy.

She said it was an archaic thing to tell girls they’re pretty in this day and age, and that instead of drawing attention to her image, I should remark on her talents and personality.

For a few days it made me wonder: was I doing the wrong thing? Was I making her prioritise looks and not the other characteristics that made her… her?

But the truth is, I disagree. 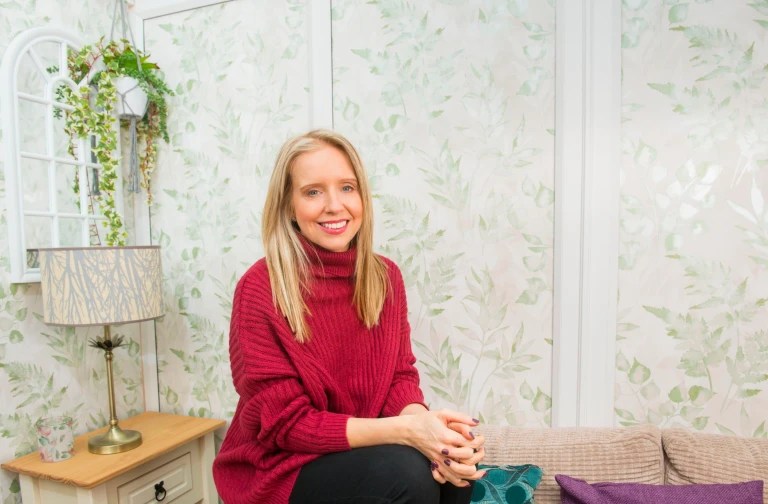 Like all mums, I believe my daughter is pretty. All little girls are! Their sweet smiles, their endearing faces, the bloom on their cheeks.

Yes, my girl is nice-looking but, to be honest, I would call my daughter pretty even if she looked like a marrow. Because, to me, she always would be.

I believe that building your daughter up, and telling her she’s lovely, is an important part of building self-esteem. Imagine never being given one compliment on your looks in your entire childhood, surely that would be more damaging?

And I don’t just do this to my daughter, either – my son, now 13, was told the same when he was growing up. When he was young, I’d comment on his lovely shiny hair, or his bright blue eyes. No one told me this was wrong. So why is it suddenly so wrong to tell girls nowadays?

To be fair I have now stopped saying this as often to my son or he’ll walk away or blank me, mortified.

It’s true that our social-media-drenched world focuses too much on women and girls’ looks, but I don’t see the harm in telling our little girls that they’re beautiful.

Even just the other day, my daughter showed me an image on the internet of a girl who looked as air-brushed as one can be. ‘Why don’t I look like that?’ she asked, dismayed. It was heartbreaking.

I explained that no one looks like that. That apps and filters can change anyone into something supermodel-esque. I then launched into my daily confidence boost of how lovely her hair is, how clear her skin is, how wonderful she looks in her new fluffy coat – that she is perfect just as she is.

She smiled and forgot Miss Airbrush, feeling alright again. ​But I felt angry I had to do this in the first place. Young girls have enough anxieties without filter-ridden perfection everywhere.

I can see no harm in fluffing up her self-esteem in a world of filters, apps and tweaks that make everyone online look like a Barbie.

But I don’t just harp on about her looks – I focus on her other talents, too. She’s great at drama, loves drawing and singing and reading. She’s kind and thoughtful. I tell her every day how good she is at all of these things.

I don’t agree with parents who only focus on these things – in a looks-based world, telling your child they’re just as beautiful as anyone else is of crucial importance.

Bolstering their self-esteem now will last a lifetime and be a shield against the inevitable hurtful comments from friends, frenemies and lovers in the future.

So, while I may be sneered at for telling my little girl she’s pretty, I will stick to my guns.

We women are constantly judged for just about everything – I get judged even now.

So why not tell our girls they’re lovely when they’re young?

It’s a compliment like no other, and I hope – one day, when I’m no longer here – she’ll look at herself in the mirror and tell herself that she looks pretty, too.

Metro.co.uk’s weekly The Truth Is… series seeks to explore anything and everything when it comes to life’s unspoken truths and long-held secrets. Contributors will challenge popular misconceptions on a topic close to their hearts, confess to a deeply personal secret, or reveal their wisdom from experience – good and bad – when it comes to romance or family relationships.