She got it from her mama! Apple Martin had an It Girl moment during Haute Couture Fashion Week — and she was the spitting image of her mother, Gwyneth Paltrow.

The 18-year-old was a must-see as she attended Chanel’s spring/summer 2023 show on Tuesday, January 24. For the soirée, Martin looked radiant in a matching tweed set from the fashion house. The two-piece look featured a black and white checkered jacket and a matching miniskirt. The blonde beauty teamed the getup with a black tank top and chunky leather loafers. She completed the outfit with a Chanel crossbody bag. 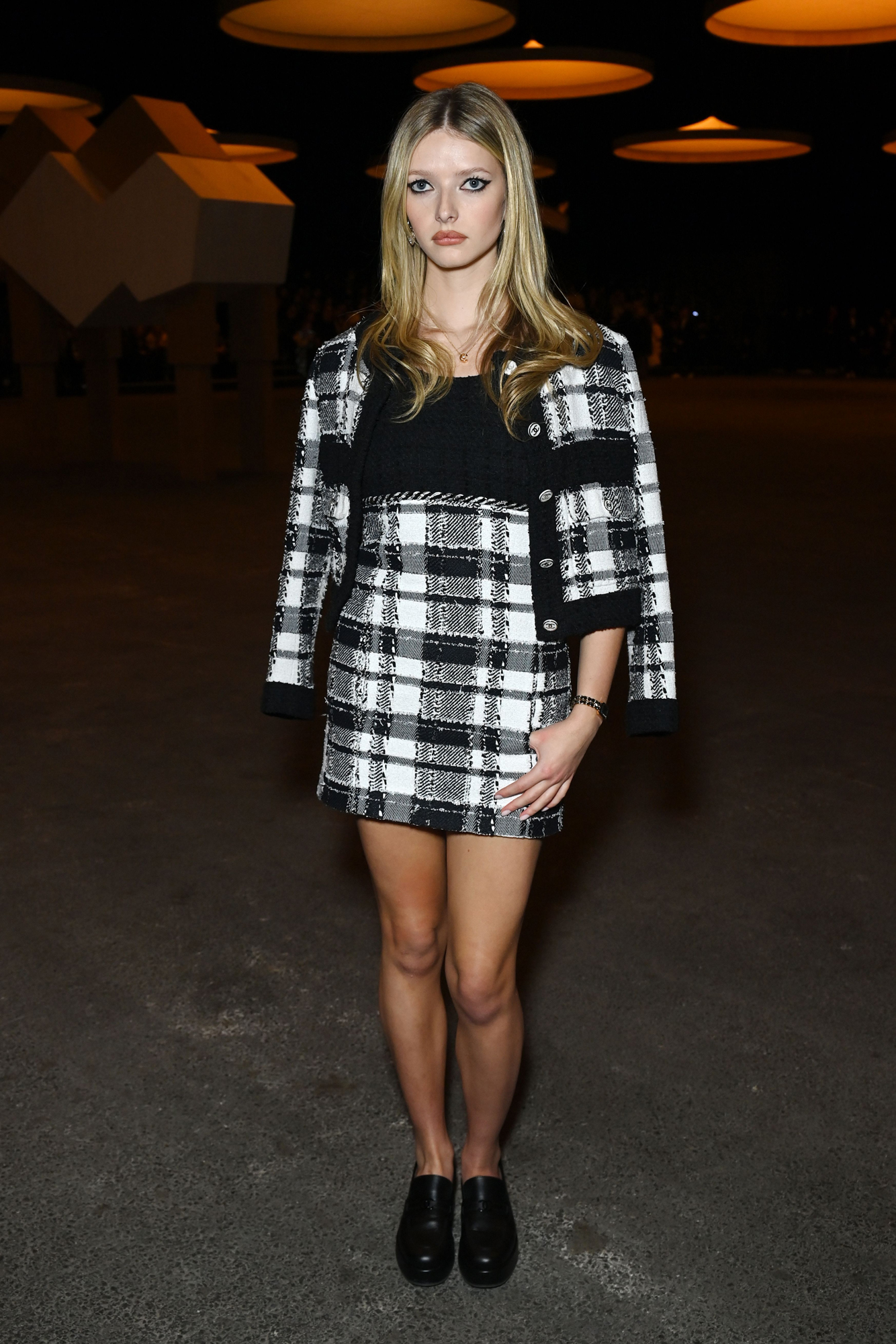 For glam, the college student wore her sunny tresses parted down the middle in a blowout, similar to Paltrow’s signature style. Her blue eyes popped thanks to a bold cat eye design that included heavy liner. She also donned a dewy face and peachy lips.

During the show, Martin sat front row beside actresses Sadie Sink and Lucy Boynton. Sink, 20, wore a black mini dress and jacket. Her number was finished with silver details linking the frock’s collar and jacket’s cuffs. Sink wore her auburn locks in loose waves teamed up with stunning natural makeup. Boynton, 29, for her part, wore a cream-colored jacket and white Chanel purse.

This isn’t the first time Martin bared resemblance to Paltrow, 50. In December 2022, the Iron Man actress posted a selfie with Apple via Instagram. In the candid shot, both mom and daughter sported soft smiles and looked like they could be twins. Apple’s locks cascaded down her shoulders as Paltrow tucked her strands behind her ears. The Shakespeare in Love star sported a fresh face while Apple rocked soft eye makeup and bright pink lips. 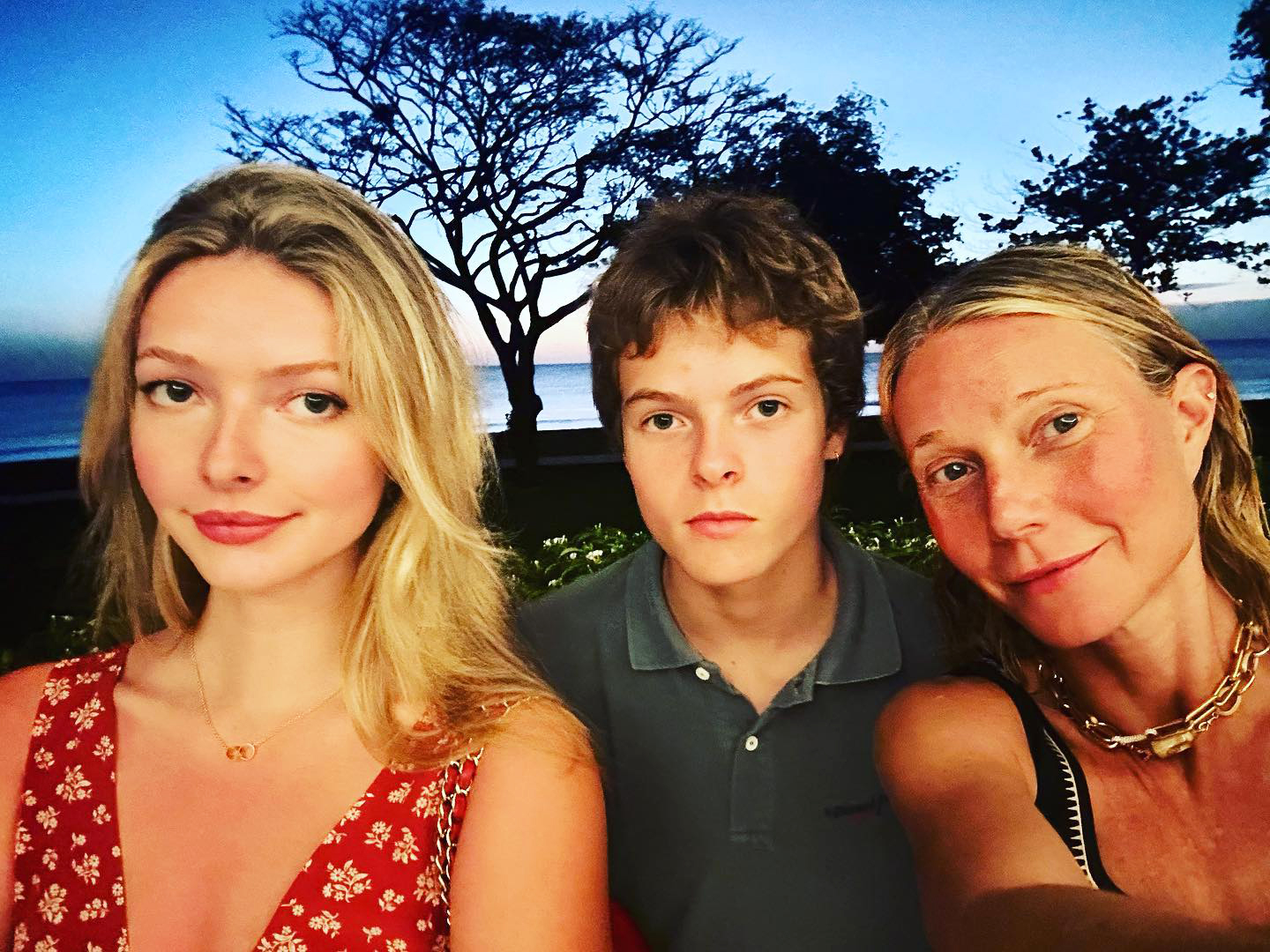 Paltrow shares Apple and 16-year-old son Moses with ex-husband Chris Martin. The Goop founder met the “Sky Full of Stars” singer, 45, in 2002 while he was on tour with his band Coldplay in Los Angeles. In December 2003, the duo tied the knot and welcomed Apple in May 2004, and Moses in April 2006. The couple announced their split in March 2014 but remain on good terms. The parents even came together to celebrate Apple’s high school graduation in June 2022.

Inside Gwyneth Paltrow and Chris Martin’s Friendship After Their Divorce

“Congratulations to all of the graduates especially @applemartin 💜,” the businesswoman posted on her Instagram story at the time. The coparents snapped a selfie with their daughter while she smiled in a graduation gown.