Sticking up for her pal! Greg Grippo‘s friend Kaitlyn Herman defended him online after Bachelorette Katie Thurston hinted that she felt gaslit by their conversation ahead of his departure.

On Monday, August 2, blogger Reality Steve shared his thoughts on Greg, 28, choosing to leave the show after telling Katie, 30, that he loved her. 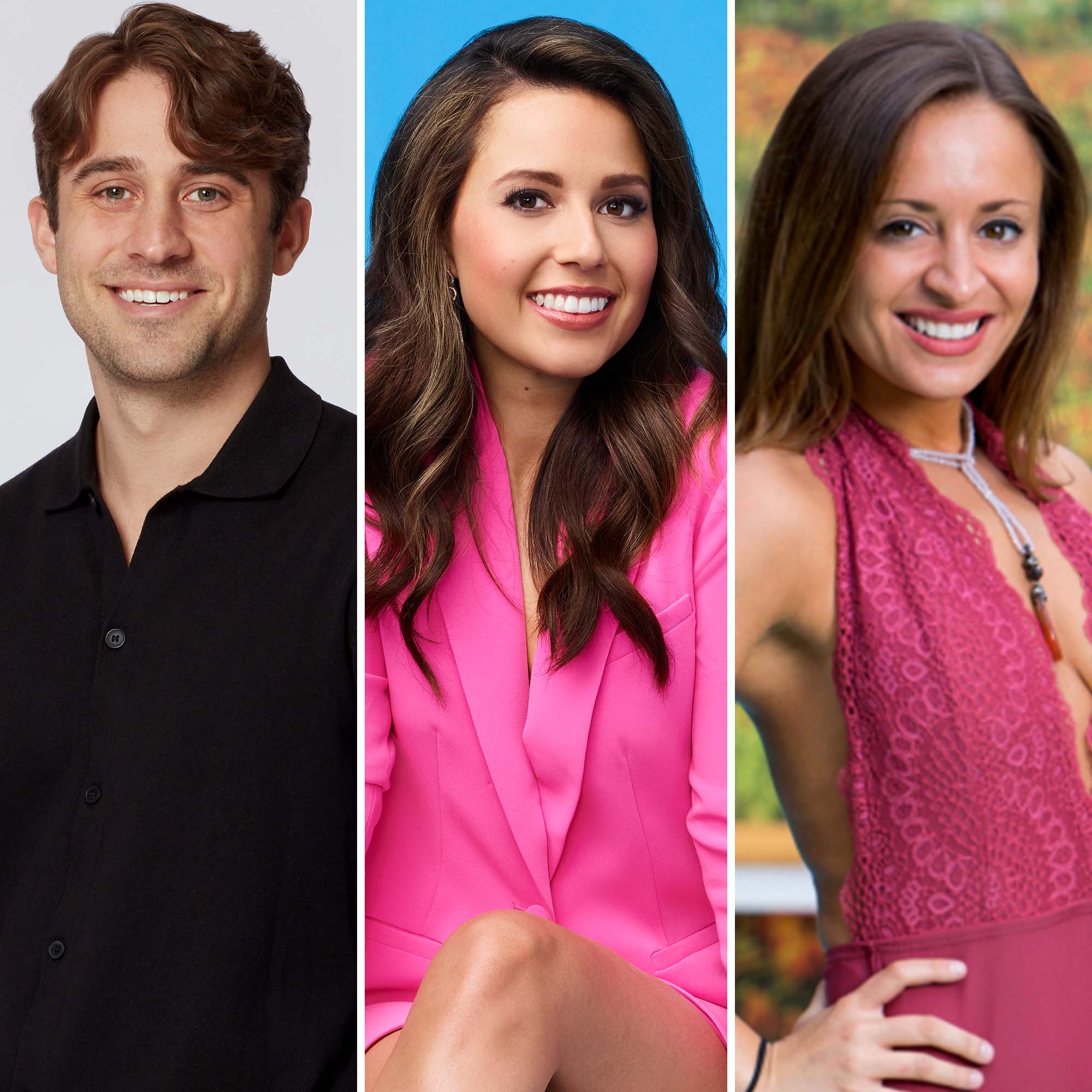 “This victim game Greg is playing isn’t working at all. And we haven’t even gotten to the good stuff yet,” Reality Steve tweeted about the new episode.

The Big Brother alum, 27, quote tweeted the post, writing, “The VICTIM GAME? That was the most vulnerable I’ve ever seen a man speak in my entire life. And the response was ‘I just like looking at you.’ I watched this man cry EVERYDAY when he got home. He was BROKEN.”

A fan responded to her tweet asking why her friend didn’t let Katie explain her side of the story.

“He kept talking over her & wouldn’t let her get a word in edgewise. Did he not know what show he signed up for & that she can not say I love you back until the end? He was being manipulative towards her,” a social media user wrote back.

Kaitlyn then explained that Greg wasn’t just looking to hear that Katie loved him, noting, “He wasn’t asking for her to say I love you and he made that abundantly clear. Also not for nothing, many leads have said I love you at this point (to multiple people).”

The reality star also “liked” a tweet by another viewer who disagreed with how the former bank marketing manager chose to handle the situation.

“I completely disagree with this….the guy pours his heart out and she still is sitting there with a blank face…i really think she wants 3 guys to propose to her at the end of this …glad greg is going home he deserves better lolll,” the tweet read.

Kaitlyn’s comments come after Greg left the show after he felt like Katie wasn’t on the same page about their relationship.

“I think you’re beautiful and I think you’re great. I didn’t know I was going to fall in love with you. I didn’t know that. And I am in love with you. You just make me the happiest I’ve ever been. I see it with you. This is real to me,” the account manager told the Washington native during Monday’s episode. “I haven’t been this vulnerable with anybody in my life. I don’t know what else to show you at this point or what else to tell you at this point. I know in my heart I’m not going to have any regrets after this. I’m not going to get down on one knee twice. It’s a one-deal thing for me.”

Katie replied, “I just love looking at you,” which upset Greg at the time.

Everything Cohosts Tayshia and Kaitlyn Have Said About Katie’s Journey

“I told my mom that you were The One. I was telling my whole entire family that. I truly felt that in my heart and wanted to express that to you. I expressed that I do love you. I felt like I was telling that to a stranger. I don’t know why,” he added. “This whole entire time has felt like Katie to me, and that night, I was thinking that I was expressing my love to my future wife, and you didn’t even feel it. You just completely dismissed it in my eyes.”

Greg eventually made the decision to stop vying for Katie’s heart because he felt like she was picking the show over their possible future together. The episode ended with Katie announcing that she wanted to leave the ABC show as well.

The TV personality chose to offer limited commentary on the intense breakup between her and Greg on social media.

“Thank you for the virtual hugs tonight,” she tweeted after the episode aired.

Katie later took to Instagram to share a slideshow that highlighted the term gaslighting and offered examples of the psychological manipulation, which some fans thought was about her interactions with Greg.