Acclaimed troubadour Bob Dylan has apologised after selling his fans limited edition prints and copies of his new book, The Philosophy of Modern Song, that featured a computer-generated version of his signature.

The 81-year-old has issued a rare public statement in which he says he was told the so-called autopens, were in use by other artists “all the time”. His gallery and publisher have been forced to do the same, after the news was revealed. The “signed” copies of the book were sold for $890 each. 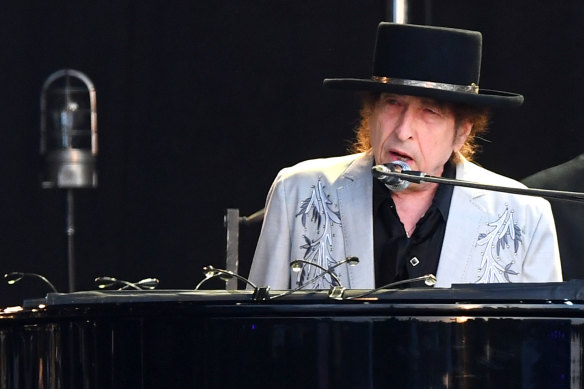 Also known as ghostwriters, autopens are commonly used when signatures need to be generated in bulk – think the late Queen Elizabeth and Christmas cards – but have proven controversial before, namely when Barack Obama used them for signing off laws while on holiday.

Dylan cited a bad case of vertigo in 2019 and later Covid restrictions as his reasons for doing so, adding he regrets the decision and wants to rectify it immediately. In the official statement issued via his Facebook page, he said it takes “a crew of five working in close quarters to with me to help enable these signing sessions and we could not find a safe and workable way to complete what I needed to do while the virus was raging”. 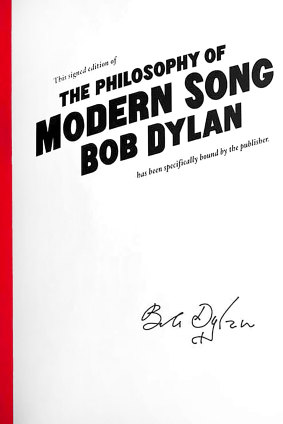 A limited edition copy of “The Philosophy of Modern Song” signed by Bob Dylan.

The gallery’s statement, also issued on Facebook, said: “We were entirely unaware of the use of autopen on these particular prints, and we sincerely apologise for the disappointment this may cause. We will be reaching out to each and every one of our collectors who purchased any print from the above editions to offer a solution to fully rectify the matter. Details on how we intend to resolve this matter will follow shortly.”

Simon & Schuster, who published Dylan’s latest book as well as his successful Chronicles, offered to issue refunds for the limited issue books immediately, 900 of which were released.

An artist’s signature on an artwork is one of the key elements in recognising the work as authentic.

The Nobel Prize-winning artist is prolific, writing more than 600 songs, several books and making countless works of visual art, from massive oil paintings to drawings. There are still more than 240 works by him on the Castle Fine Art site, with any current print owners no doubt checking the veracity of signatures carefully in light of this news.

According to Variety magazine, Van Morrison was recently accused in the forums of using autopen to sign CDs, although his management issued a statement denying it. Sinead O’Connor, however, owned up to doing it with her signed memoir, with no apologies. In both these instances, the disputed items were selling for less than $50, limiting the potential for uproar.

The Booklist is a weekly newsletter for book lovers from books editor Jason Steger. Get it delivered every Friday.