‘She could have choked’: Boyfriend is mocked for proposing to his girlfriend by proposing with a ring hidden inside a Big Mac – but would YOU say yes?

A man who decided to pop the question in McDonald’s has been mercilessly mocked for choosing a fast food restaurant for the romantic gesture.

Alina Dumova, who is believed to live in Russia, posted footage of how her boyfriend asked her to marry him on TikTok.

She posted the clip to reveal to her 69,000 followers that they will be tying the knot and quickly racked up more than 13 million views. 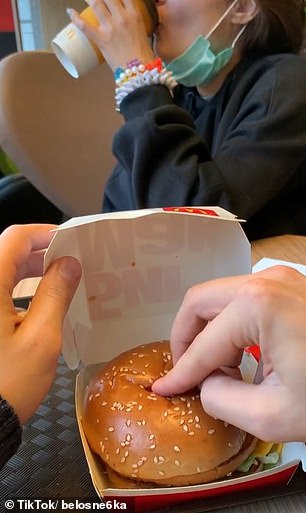 Alina Dumova who is assumed to live in Russia, shared the moment her boyfriend proposed to her with a McDonald’s Big Mac burger (pictured)

The footage shows Alina’s boyfriend pushing a diamond ring into the bun of a Big Mac burger as she sipped her drink in the background, blissfully unaware of his intentions.

He pused the sparkler in until it was out of view and then passed the food to Alina for her reaction.

Accompanied by the song Marry Me by Rasheeda, the clip didn’t capture Alina’s reaction to the surprise gesture.

Alina who has been with her boyfriend for four years, has since posted other videos including appearing to jump off a boat together while wearing a wedding dress. 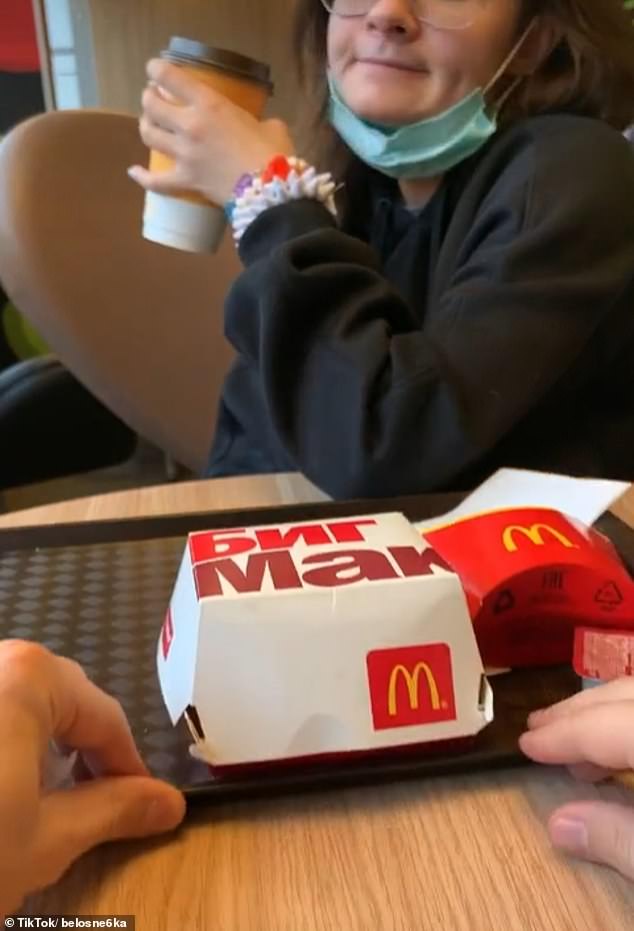 Their unconventional marriage proposal was flooded with comments from people mocking the gesture and some accusing the couple of staging the event for social media.

One person wrote: ‘Pound Shop ring on a Mc sandwich, who could say no to that’

‘Tell me she ate it and broke a tooth,’ another said.

A third added: ‘Why would you propose to someone at McDonald’s, why not a fancy restaurant’

A fourth said: ‘Nah that’s just stupid, why would you push the ring that far down. She could have choked! Glad I date sensibly’