Briana DeJesus was seen saying she ‘can’t breathe’ before being put in an ambulance, in the intense new trailer for ‘Teen Mom: Family Reunion,’ which premieres in Jan.

It looks like there’s going to be some major discussions, activities, and drama, including a medical emergency for Briana DeJesus, in the upcoming Teen Mom: Family Reunion series. The shocking trailer for the highly anticipated reality show was released on Dec. 7 and it features most of the original Teen Mom stars, such as Amber Portwood and Maci Bookout, as well as cast members from later seasons. It also marks the triumphant return of OG Farrah Abraham, who was fired from Teen Mom OG in 2017, after a confrontation with executive producer Morgan J. Freeman over her adult entertainment career.

In the trailer, Briana’s medical emergency seems to involve her collapsing, but it’s unknown what caused it to happen. “I can’t breathe,” she can be heard saying while sitting on the ground and surrounded by people who are trying to help her, in the clip. It then cuts to a shot of her being put into an ambulance while sirens blare.

Other memorable moments that are shown in the trailer include Farrah surprising everyone when she walks in as the rest of the cast members, who also include Leah Messer, Jade Cline, Ashley Jones and Cheyenne Floyd, are standing at an outdoor table together. “Hi!” she says, while walking toward the group, before it then shows Ashley in a confessional asking, “Who the f**k invited Farrah?” 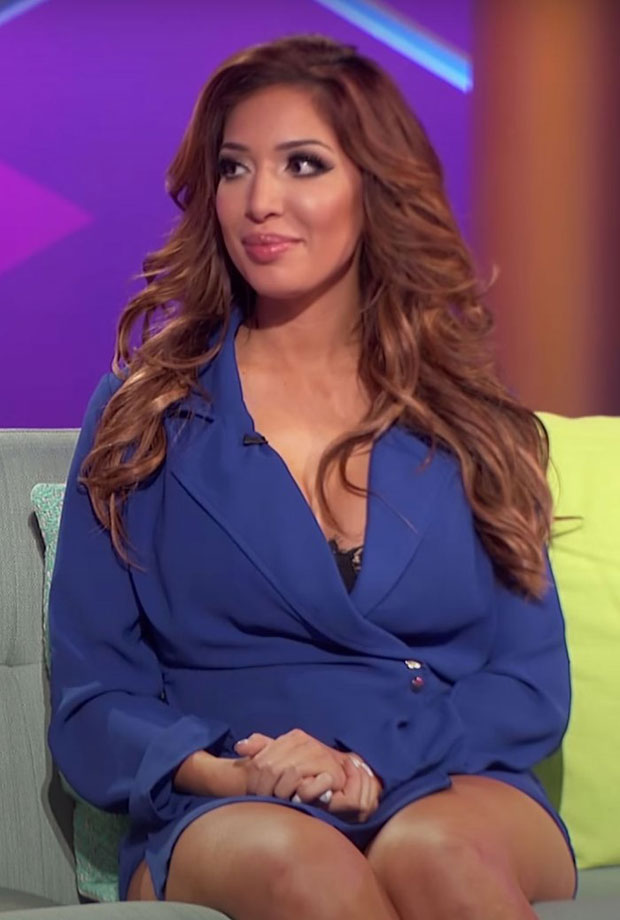 Lighthearted moments that the cast shared together like wake boarding, golfing and drinking competitions, were also shown. The group, which also included some of the moms’ significant others, also played a NSFW game of “Never Have I Ever” and other more serious moments were shown, like when the cast was attending a therapy session with a life coach and Maci said she feels she’s “a good mom” while Amber, who’s had struggles with her daughter Leah in the past, appeared to ponder whether or not she feels she is one herself.

In addition to her medical emergency, Briana seemed to have a breakdown about her own kids when she cried and said, “I just want my kids to have their dads, because I don’t have mine and I know what it feels like.”

The full trailer for Teen Mom: Family Reunion can be seen above and premiere on MTV on January 11, 2022.