To the casual observer they seem like postcard cliches: koalas, kangaroos, Bondi Beach and the stunning but familiar backdrop of Uluru. And yet almost 40 years after the 41-day whistle-stop tour of Australia by the relatively newly-married Prince and Princess of Wales, those images remain etched on the Australian cultural consciousness.

The tour's historical significance cannot be overstated. Kicking off in March 1983, it was our first in-person introduction to "shy Di", the former Lady Diana Spencer, now Her Royal Highness, the Princess of Wales. And the tour's success seemed to stem a rising tide of Republican sentiment in this former British colony, as such tours often do. 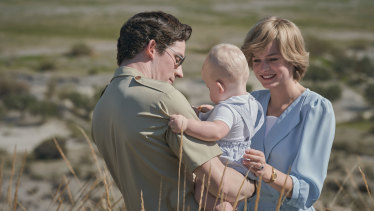 The recreation of that tour for the Netflix political drama The Crown is equally impactful, laying down the foundation of what would become the War of the Waleses, waged almost in the public eye, even back then, as Charles, Diana and newborn Prince William dazzled Australian fans.

The Crown breaks the spell of that moment in time, bringing an objective eye to a relationship which somehow enchanted the world. In fact Charles and Diana had only met 13 times in person prior to their engagement, a union which was largely engineered by the Queen Mother and her friend, Diana's grandmother, Lady Fermoy.

The fourth season of The Crown is particularly strong, thanks to the addition of political force Margaret Thatcher (Gillian Anderson) and the exploration of the conflict between the Queen (Olivia Colman)and son Charles (Josh O'Connor). And actress Emma Corrin delivers, weaving a compelling character in Diana without the kind of distracting performance that royal dramas of old battled against. 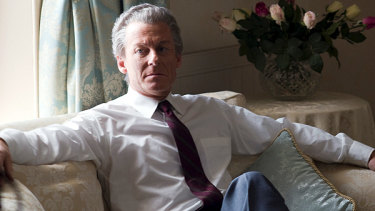 The tour, notably, was Diana's first trip overseas. She was just 22 years old at the time. And it broke with established protocol in a number of ways. Infant children did not typically go on tour with their royal parents, but Diana had insisted on bringing the newborn William with them. And the first and second in the line of succession would not usually travel together, but in this case the new family travelled as one group. 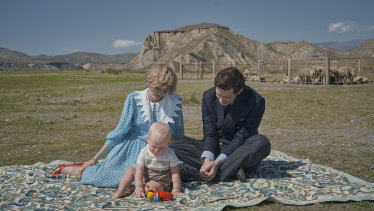 Scenes depicting outback Australia in the new season of The Crown were shot in Almeria, Spain. Credit:Netflix

The Australian scenes were filmed in the UK and Spain with the resort town of Malaga standing in for Sydney and Canberra. "The 500 rather swarthy extras all with their signs, waving around for Lady Di and Charles looked quite different to my memory of what people, and what Canberra Airport looked like, for instance, at that time," Roxburgh says, laughing.

The series also used filming locations near the Spanish town of Almería – the desert location of classic Sergio Leone films such as A Fistful of Dollars, For a Few Dollars More and The Good, the Bad and the Ugly – to stand in for Australia's outback. Uluru was added digitally later. 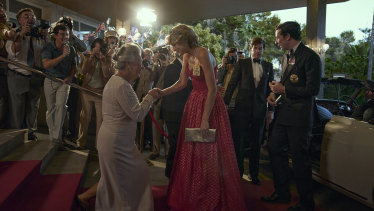 Diana (Emma Corrin) and Charles (Josh O’Connor) in Australia. This scene was also filmed in Spain.Credit:Netflix

"It's where they shot the vast majority of the spaghetti westerns, so it has this very particular kind of light," Roxburgh says. "A desert kind of light, so it worked in that way."

The fourth season of The Crown streams on Netflix from November 15.