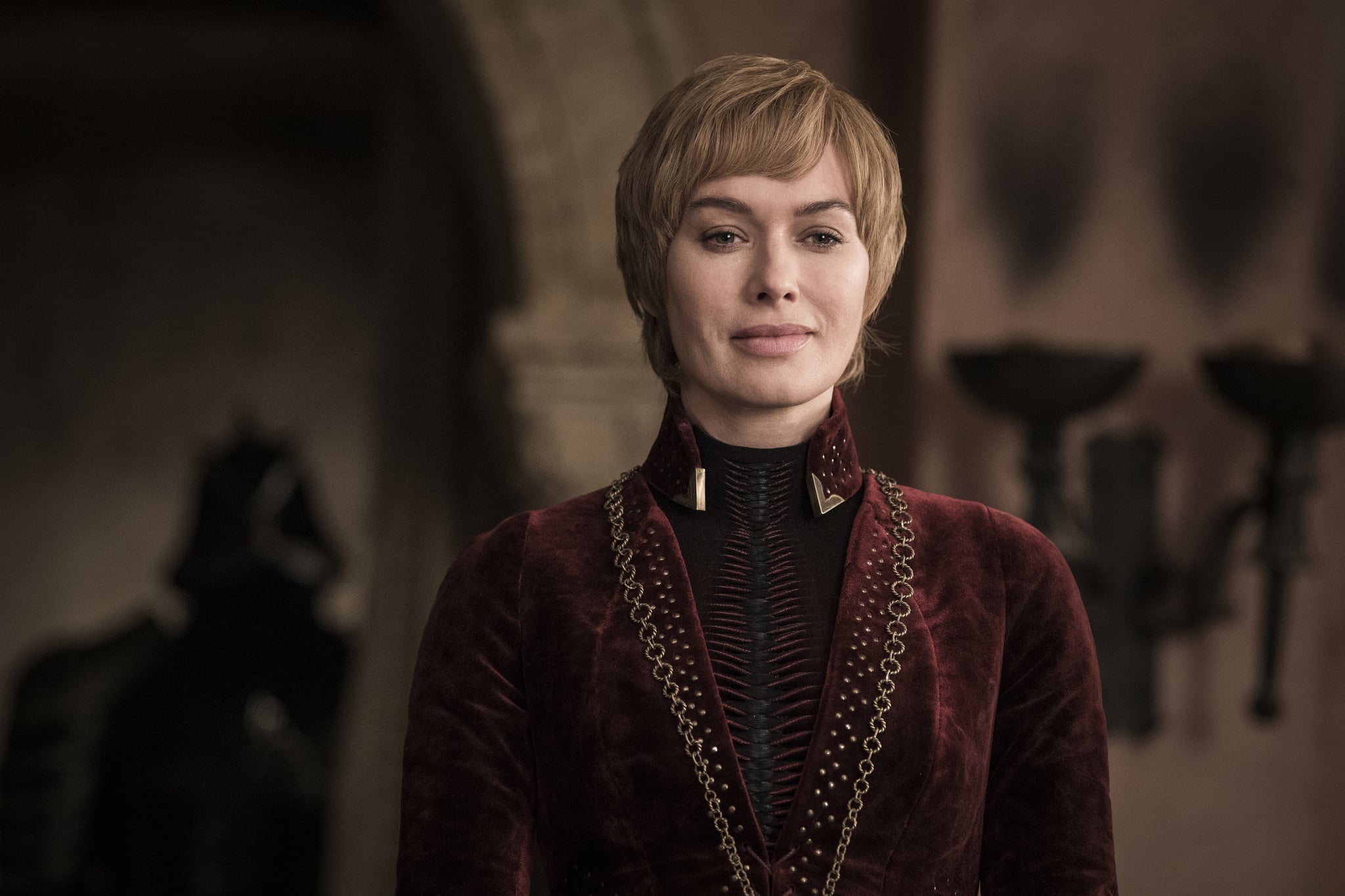 Warning: Some truly giant spoilers for Game of Thrones below!

Ever since Cersei uttered a fateful piece of advice to Ned back in season one of Game of Thrones, we’ve always known she wouldn’t survive the series — “When you play the game of thrones, you win or you die. There is no middle ground.” And now, with just one episode to go in the HBO fantasy hit’s final season, the evil queen has officially taken her last breaths. How did it happen? And what does her death mean for the series finale? Let’s break it down.

How Does Cersei Lannister Die in Game of Thrones?

As soon as actors Lena Heady and Nikolaj Coster-Waldau, who play Cersei and Jaime Lannister respectively, hinted that something big was on the way in episode five on social media, we should’ve known what was coming. The episode begins with Daenerys on unstable ground emotionally, when she discovers that in the wake of Missandei’s death and Jon spilling the beans about his parents to his sisters even though she explicitly asked him not to, Varys has also betrayed her by committing treason. She makes quick work of Varys by having Drogon roast him alive, and then decides that the people of King’s Landing deserve to suffer a similar fate.

Despite Tyrion begging her to call off her attack once she hears the bells of surrender ringing through the citadel — which the Lannister soldiers soon do, since Dany and Drogon destroy the Iron Fleet and the gate to the city in a matter of minutes — the khaleesi decides that in the end, none of these people are worthy of her mercy (instead, as she notes earlier in the episode, she has to resort to “fear”). She goes full-on Mad Queen, lighting up the city and murdering countless innocent citizens running for their lives. Cersei observes all of this with increasing levels of stress from her perch high in the Red Keep.

Finally, Daenerys’s fiery onslaught reaches the buildings nearby Cersei, and everything begins to crumble. She flees with Qyburn and the Mountain, but the latter soon abandons her to fight his brother, Sandor Clegane, in the long-awaited Cleganebowl (he also graphically smashes Qyburn’s brains all over some debris in the process). Losing her mind and unable to process that her plans have failed, a severely wounded Jaime — who’s rapidly losing blood thanks to some serious stab wounds courtesy of an earlier fight with Euron Greyjoy — comes upon her in the wreckage and promises he’ll get her and their unborn child out of there. 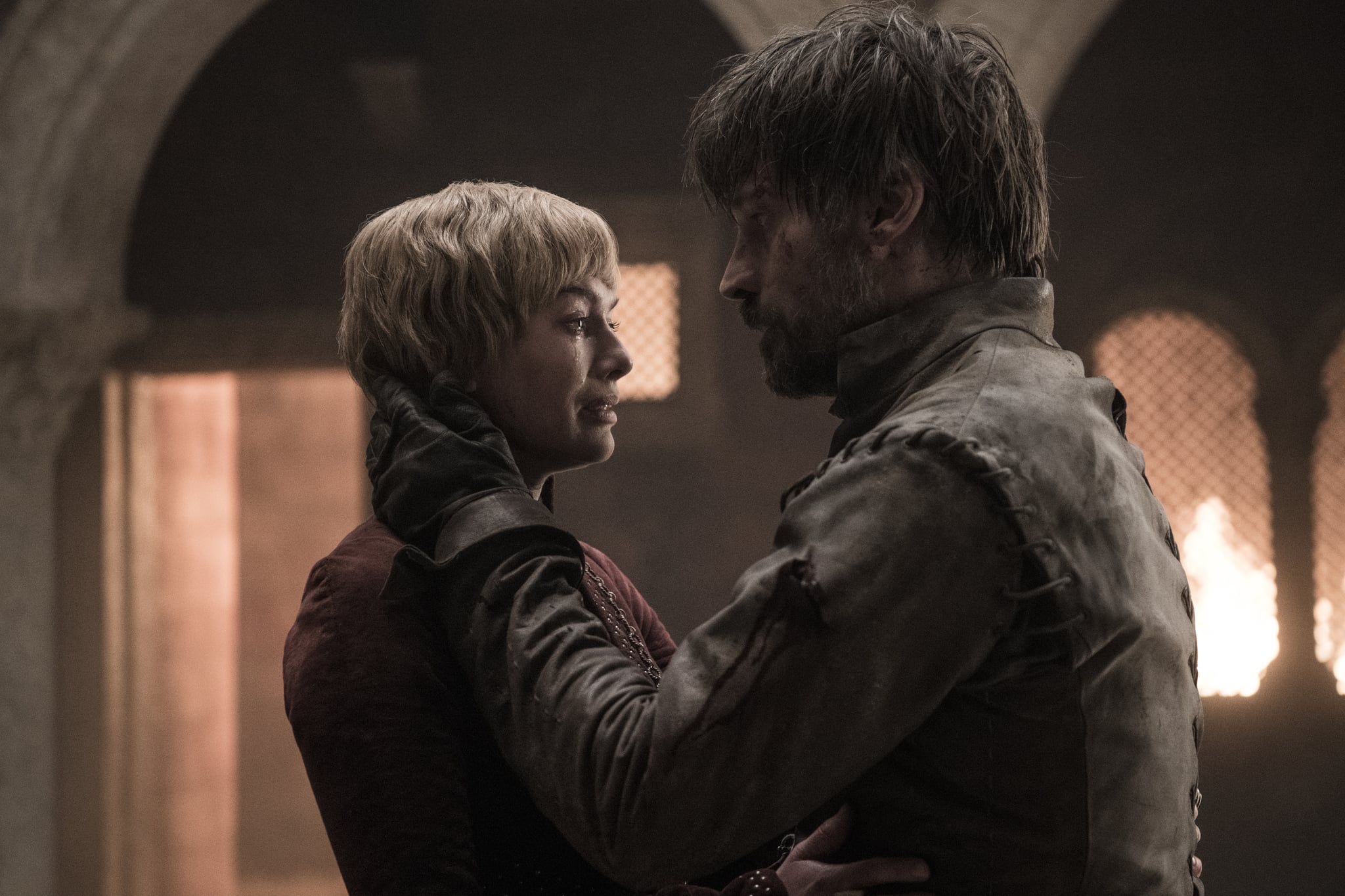 Jaime, loyal to Cersei until the end, leads her down to the tunnels below the Red Keep where the dragon skulls are in hopes of escaping through a secret passage that leads to the shore outside. There, Tyrion has promised a rowboat will be waiting to transport them to safety. But by the time the doomed lovers arrive in the crypts, the passage has caved in and they soon realize they’re trapped; for once, Cersei can’t scheme her way out of her predicament.

For as evil and intimidating a character Cersei has built herself into over the last eight seasons, her final moments on the show are quiet ones. The soft, slow music of the score plays in the background as Cersei cries, “I don’t want our baby to die. Please don’t let me die, Jaime, please don’t let me die.” Jaime then takes her in his arms as the building begins to fall down around them.

“Look at me, just look at me,” he says, with his hands clasped lovingly around her neck, FYI, if you care about that prophecy. “Nothing else matters. Nothing else matters, only us.” And then the ceiling caves in on them, leaving the Lannister twins dead and buried in the rubble of the castle they fought so hard to control.

What Does Cersei’s Death Mean For the Iron Throne?

With Cersei out of the picture, the Iron Throne is now wide open for the next ruler to take a seat. However, it’s safe to assume that Daenerys hasn’t really made a good impression on the citizens of King’s Landing who managed to survive her reign of terror. And, judging from the way Jon repeatedly reeled back in horror while witnessing her destruction, it’s safe to say that he’s starting to come around to the idea of stopping her himself.

Will that mean Jon is the one who kills Dany in the end? Or will Arya take out not one, but two major antagonists over the course of this season? We have to admit that the final scene of her riding through the wreckage of King’s Landing on that white horse did give us a little bit of hope.