A Canadian expat claims it’s a myth that snakes slither into toilets and spiders lurk on toilet rolls in Australia.

In a recent TikTok video, Paul Ferrante, who moved to the NSW Central Coast from Canada in 2013, said stories about Australia’s notorious wildlife and how it sneaks into your house are ‘lies’.

Since relocating eight years ago, Mr Ferrante said he has never once found a snake in a toilet or seen a poisonous spider hiding in or around toilet roll.

He also debunked the hoax about ‘drop bears’, a well-known tale in modern Australian folklore about a predatory, carnivorous version of the koala, told to scare overseas tourists. 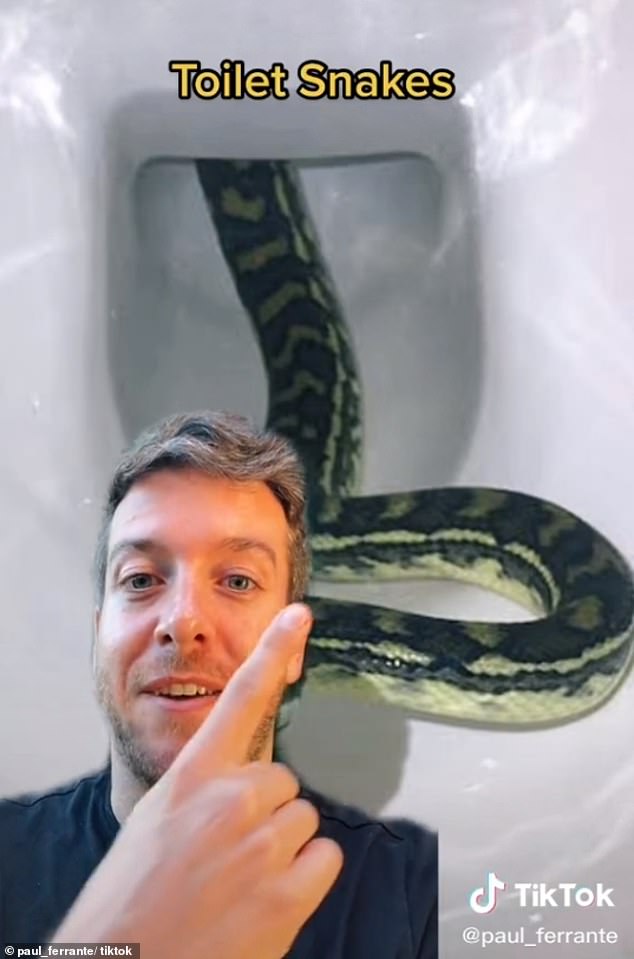 Since relocating to Australia eight years ago, Paul Ferrante (pictured) said he has never once found a snake in a toilet or seen a poisonous spider hiding in or around toilet roll

‘You, my friend, have been lied to your whole god damn life,’ Mr Ferrante began.

He continued: ‘I want to give you a glimpse into what Australia really is, not what the memes say.’

First up he quashed rumours about snakes hiding in toilet bowls.

‘I’ve lived here for about eight years and I’ve not once seen a snake in the toilet. Things that look like snakes, but not a single snake,’ he said.

‘Don’t get me wrong, spiders are everywhere and they’re as big as this motherf****r right here, but I am yet to see a spider in my toilet paper,’ he said.

‘As soon as an Aussie senses any kind of accent or any way of knowing you’re a tourist, they’re probably going to tell you there’s drop bears,’ he explained.

‘The idea is these bad boys are waiting in the tree tops waiting to pounce on you as soon as you near them.

‘The closest thing to them is a koala and they are so high they wouldn’t even know what to do with you.’

The video, which has racked up 12,500 views since it was uploaded online on July 3, divided opinion.

Dozens of followers replied to the video, saying it was clear Mr Ferrante lived in one of Australia’s major cities. 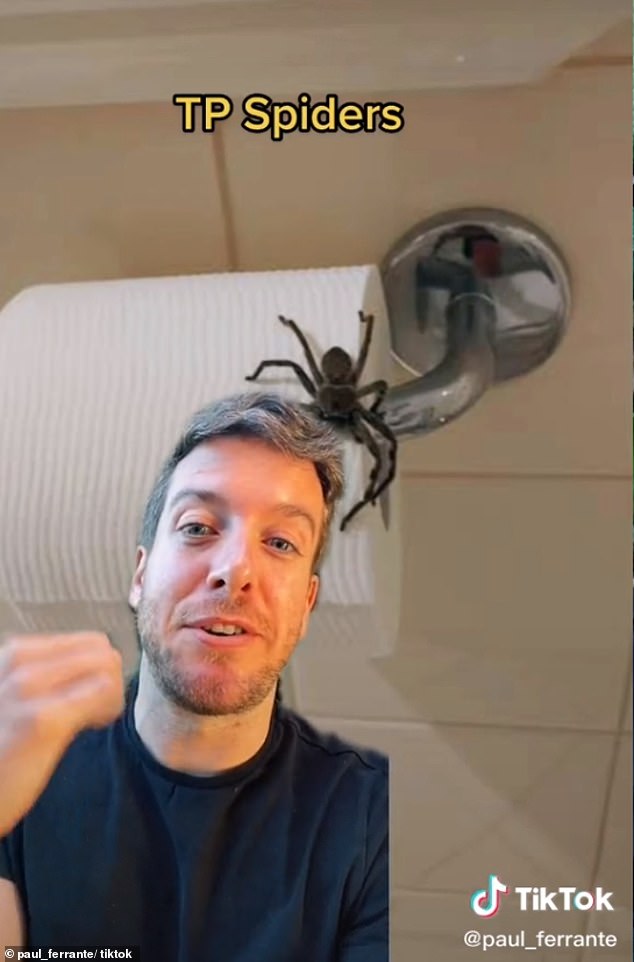 ‘This is such Sydney energy …. North Queensland (Townsville/Cairns) definitely have all three,’ one woman wrote.

Another added: ‘So you live in the city.’

A third warned Mr Ferrante that ‘that’s what the drop bears want you to think, it’s all part of how they catch their prey’.

But others jumped to his defence, with one person writing: ‘Lived here since birth and have never in person seen a snake in a toilet or a spider in the to roll.’