The other day I was in the car with my 15-year-old daughter and I saw a girl of about 14 wearing a rather outré outfit. She had on a very short skirt and a bra top.

I noticed her because it was freezing cold and she didn’t have a coat.

‘Look at that girl,’ I commented, mildly.

My daughter Ottoline was on it like an Exocet missile.

‘You don’t think she should be wearing what she’s wearing?’ demanded my daughter, a note of steel entering her voice.

‘I didn’t say that. What I actually meant was…’ 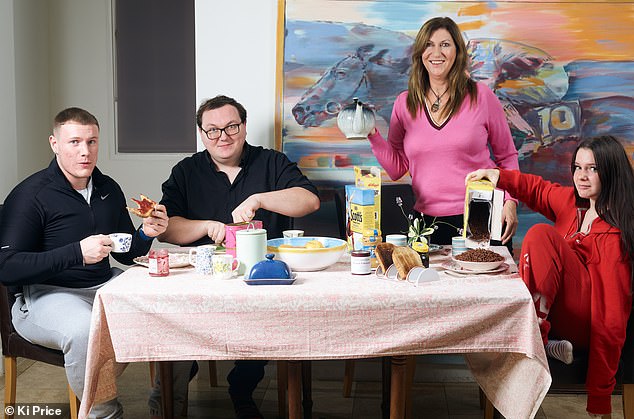 ‘Her skirt is too short? She’s showing too much breast?’

But it was too late. Off she went into a long, impassioned, angry speech about how women should be able to wear what they want, where they want and how outmoded my views were.

I tried to point out that I hadn’t actually stated a view but there was no stopping her. ‘You are a dinosaur,’ she said. ‘Haven’t you heard of #MeToo?’ Cue withering look and the stuffing of headphones in ears.

I was left gaping like a goldfish. Of course I’ve heard of #MeToo, I wanted to say. I’ve been subjected to as much sexual harassment as the next woman and my comment on the girl’s skimpy outfit wasn’t me harassing her.

But she wasn’t listening to me.

The truth is, life is like this on a daily basis. I’ve been cancelled in my own household. If I venture to say anything about anything I am immediately shut down by one of my children.

So when I read about the latest acronym to describe today’s young people, I recognised it immediately — it perfectly sums up my four — aged 15, 18, 19 and 26.

They most definitely are YIPs — Young Illiberal Progressives. Members of Generation Z (born between 1997 and 2012), who consider themselves righteously correct on all matters of social and sexual politics, while refusing to tolerate the views of others — least of all their mother.

It doesn’t matter what you say or how liberal you think you are, you are always 100 per cent wrong.

This is an unpleasant space to exist in as a parent, especially as I consider myself about as tolerant and broad-minded as they come.

For example, my daughter is herself not averse to going out wearing tiny tops and microscopic skirts, but I’d never say anything to her about it. I have learned my lesson over many years and am often the brunt of her volcanic temper merely because I exist. 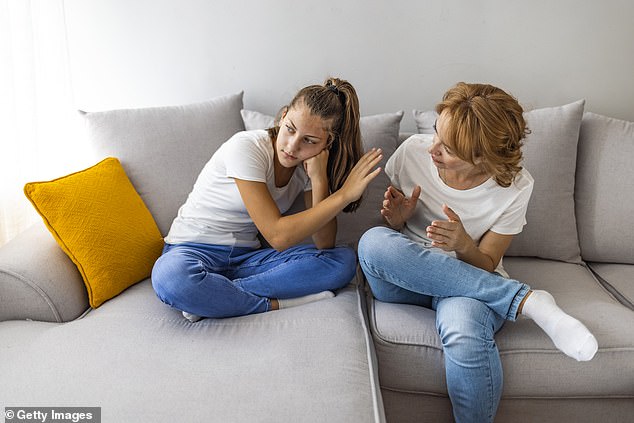 Lucy says that this is an unpleasant space to exist in as a parent, especially as she considers herself ‘about as tolerant and broad-minded as they come’

Not everyone is quite so diplomatic. Her father once suggested that maybe she cover up a bit and he came away so singed, I don’t think he’s ever ventured an opinion on her outfits since.

And, actually, I don’t disagree with her. Why should she ‘cover up’ if she doesn’t want to? To protect those poor men who can’t resist her? I’m on her side.

In fact, I am often on my children’s side, if only they could see it. The pity is, their YIP-ish tendencies mean they view me as so totally out of touch and ancient, I am barely worth listening to. As a member of Generation X, I must surely hold terribly unreconstructed opinions that shove me firmly into boxes labelled ‘Karen’ or ‘Gammon’ or some other signifier of crusty obsolescence.

In fact, I often get shut down before I’ve even said anything. ‘What do I think of statues being pulled down?’ one of them might ask me.

‘Well what I think is…’ and then before I’ve expressed any view at all, whichever child has asked the question starts lecturing me on the horrors of colonialism.

I long for the days when my children were younger and we’d all sit and actually talk. We’ve never been a family that sits in silence and watches the TV while we eat. I’ve always encouraged healthy conversation, and it’s not that I mind banter or disagreements. We’d often get stuck into relatively heated debates but in those blissful days they were more likely to be about the name of Postman Pat’s cousin (Matt) than genderneutral changing rooms.

As the children got older, we moved on to religion, politics, history, but still everyone — including me — got heard. Yes, sometimes we’d all get so overheated I’d have to resort to the wooden spoon rules i.e., you’re only allowed to talk if you’re holding the wooden spoon, and you could only hold the wooden spoon for two minutes before handing it on. But at the end of discussing even the hottest of topics, we’d all happily resolve our differences and cuddle up on the sofa to watch Midsomer Murders. t

I miss those times. I miss us feeling a cohesive unit. Now we can’t seem to agree on anything. Or, more likely, they don’t agree with a single word I say.

And, boy, are those scoldings I get from my YIPs fierce. By far the most vociferous is my daughter, but my 19-year-old, Leonard, is up there, and my eldest — 26-year-old Raymond — gives her a run for her money in the ferocity stakes, too.

Raymond is a brain box, which makes arguing against him even harder, and he barely pauses for breath once he’s started.

It’s impossible to get a word in edgeways and, when I do try, he raises his voice and continues.

Jerry, who’s 18, is off at university but can also be so dogmatic that, in the past, I’ve actually had to leave the room to stop myself from screaming at him. His modus operandi is to talk me down by telling me I am simply wrong a million times over.

So much about the YIPs is utterly wonderful — their knowledge, their curiosity about the world, their passionate desire to root out prejudice and protect the vulnerable. But why does it result in such a complete refusal to listen to the generation above them? Why are they unable to see how intolerant they are even as they profess to hate intolerance?

It’s not just my family. Friends have given me long lists of what not to talk about when I visit them — the downing of statues, colonialism, gender identity, transitioning, feminism, TERF wars, the controversial Right-wing academic Jordan Peterson, cancel culture, J.K. Rowling etc.

What this means, though, is that we actually get stuck talking about nothing very much. Any meaningful or genuinely curious discussion gets shut down before anything can ever be teased out or explored.

The idea that we may all have different opinions and that there might be some currency in considering them is dismissed as being a boring old idea. The notions of compromise or finding a middle way barely register.

Occasionally I’m able to laugh at the sheer brazenness of dismissing the views of anyone over 45. But I also fear that the YIPs are displaying a huge failure of imagination that will not serve them well.

I am a therapist. I have transgender clients and clients of different religions, ethnic backgrounds, sexual orientation and gender identification. Part of therapy is that it is about curiosity.

Do I know what it is to be a gay Muslim male growing up in a very traditional household?

Of course I don’t. I need my client to inform me of his or her or their experience of it. If I wasn’t allowed to ask about this or be genuinely interested and sometimes clunky, therapy would be hopeless.

And, of course, generations will always fall out with each other. My mother’s generation think we — Gen X — are all a bunch of materialistic Yuppies who overindulge our children.

We think that their inability to move on from rationed eggs and church on Sunday mornings is backward and small-minded. The difference is we’d never say it to their faces, and we’d always politely listen to them, too.

So how do I deal with my YIPs? I’ve no magic solution, but I do find that smiling brightly and offering them a nice cup of tea is one way to put a dampener on their self-righteousness. No one can be cross for long when faced with a plate of biscuits. The small screams of exasperation I save for later, when no one can hear.