A CARER who sobbed as she finished her final shift when she lost her job after refusing the Covid vaccine has defended her decision.

Louise Akester, 36, had worked in the care sector for 14 years but was fired from her three-year role at Alderson House care home in Hull last month. 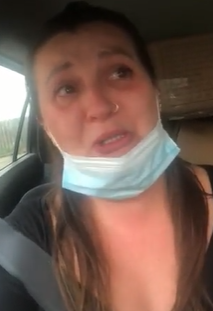 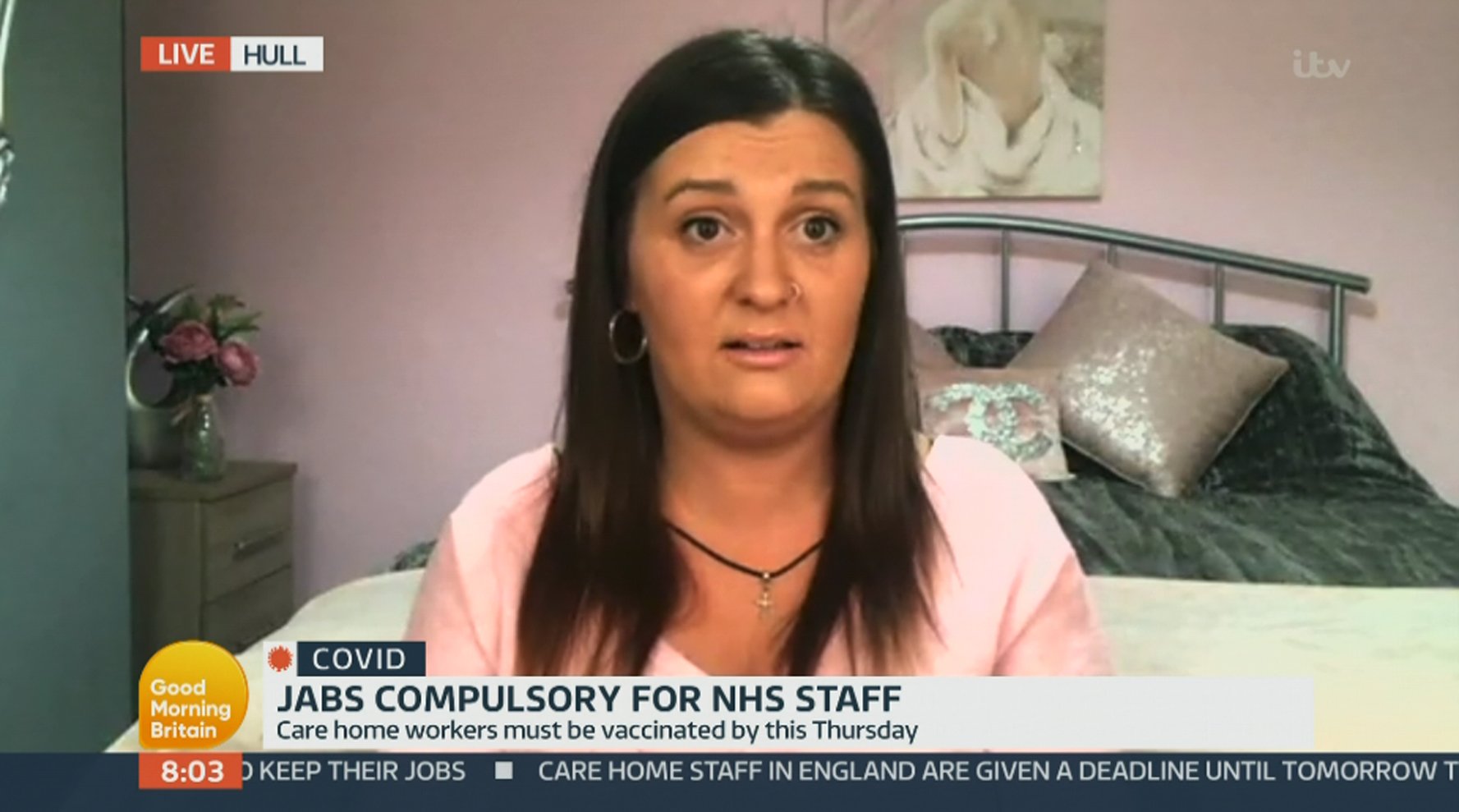 According to new government rules, all care workers in adult care homes who do not have medical exemptions must be double jabbed against the virus from November 11.

In a clip filmed on Friday afternoon, Ms Akester is seen in tears minutes after finishing her very last shift.

Now she has defended her decision because she “doesn’t trust the vaccine yet.”

“I don't trust the vaccine yet. I think I want to wait until we've got long term data and evidence coming back .

“I know it's gone through so many tests but it's still classed as being on trial until 2023 and I just don't feel that we know enough about it yet.”

The guidance, which is regulated under the Health and Social Care Act 2008, states: "From 11 November 2021, all care home workers, and anyone entering a care home, will need to be fully vaccinated, unless they are exempt under the regulations."

It adds there may be "a fair reason for dismissal" if a care worker is "not vaccinated or medically exempt".

But Louise does not agree with the decision, saying that she “doesn’t see the point”.

She explained: “I think it's absolutely disgusting the way that they've treated us.

“We were there right from the beginning when all of this came about.

“Everyone else was put in lockdown and was all home safe with their loved ones and we were having to go out and face all of this.

“There were no vaccinations then, we still did our best. I've had so many people saying 'oh I wouldn't want you near my grandparent un-vaxxed, you're not doing enough to protect them.'

“But I need to argue that fact because yes I was doing enough to protect them.

“I was wearing all the PPE, following all of the guidelines, all of the protocols for infection control.

“We were having our temperature taken, you had to do at least 3 lateral flow tests a week, a PCR test once a week and I think what more is it that people are gonna expect.”

“I don't see the point in this vaccination and what difference it's going to make because you can still catch it, and you can still spread it.”

Medics, however, are insistent that the best way to reduce Covid fatalities is for as many people as possible to get jabbed.

He added that the jabs are "safe and very effective" and stressed the "urgency" to get people vaccinated as quickly as possible.

More than 45million Brits have received two doses of the vaccine so far and a drive to increase the booster rollout is ongoing.

Dr Susan Hopkins, chief medical adviser at the UK Health Security Agency, yesterday called on double-jabbed older people to step up for their third dose, for fear waning jab immunity is leading to more deaths among the elderly.

Health Secretary Sajid Javid has called on people to get the extra shots in a "national mission" to battle the virus – and avoid a return of restrictions.

Mr Javid wrote in The Sun last week: "I cannot stress the importance of getting your vaccine enough.

"Whether you’re eligible for a booster, haven’t got round to your first or second jab, or your child is eligible for a dose — it is never too late to come forward." 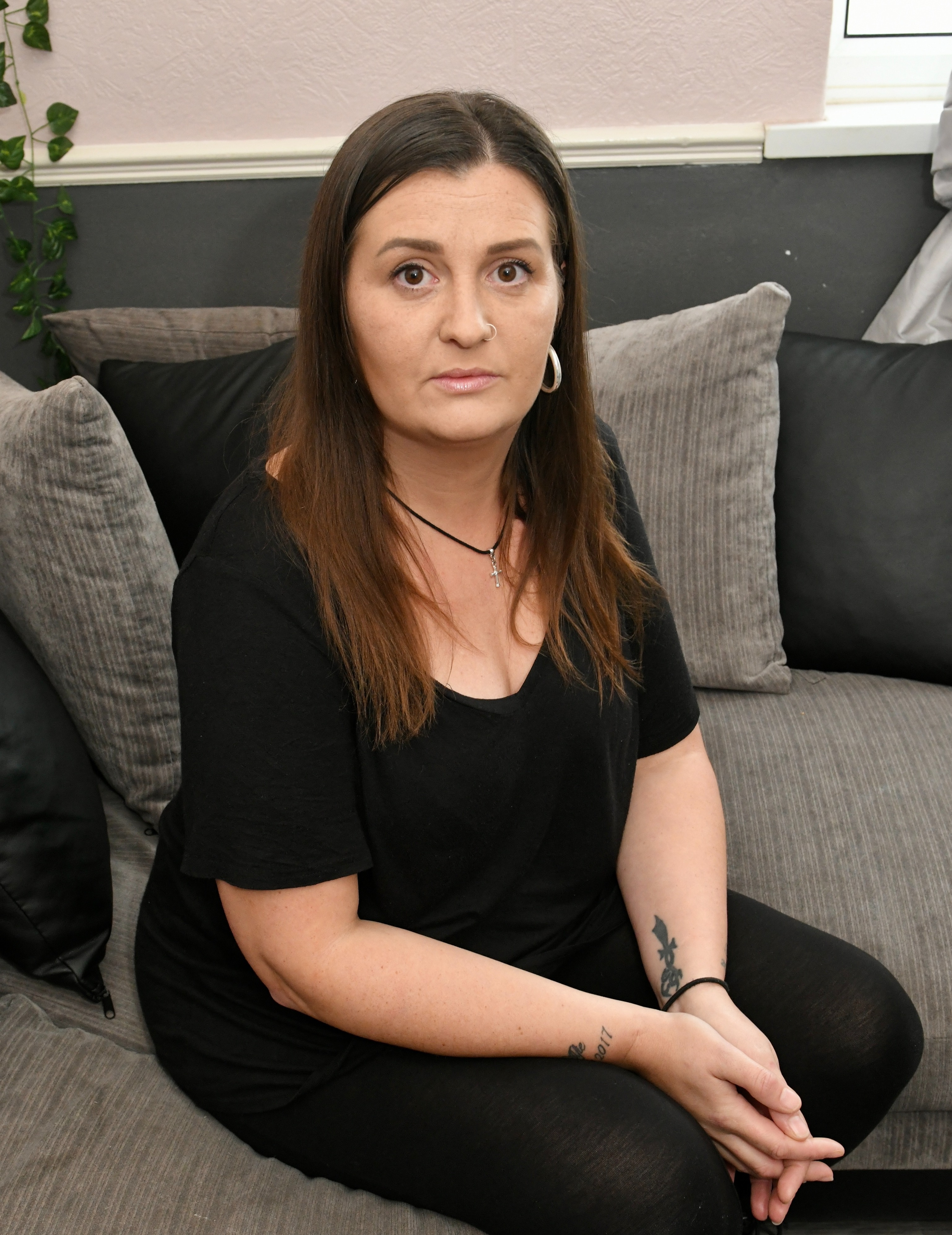