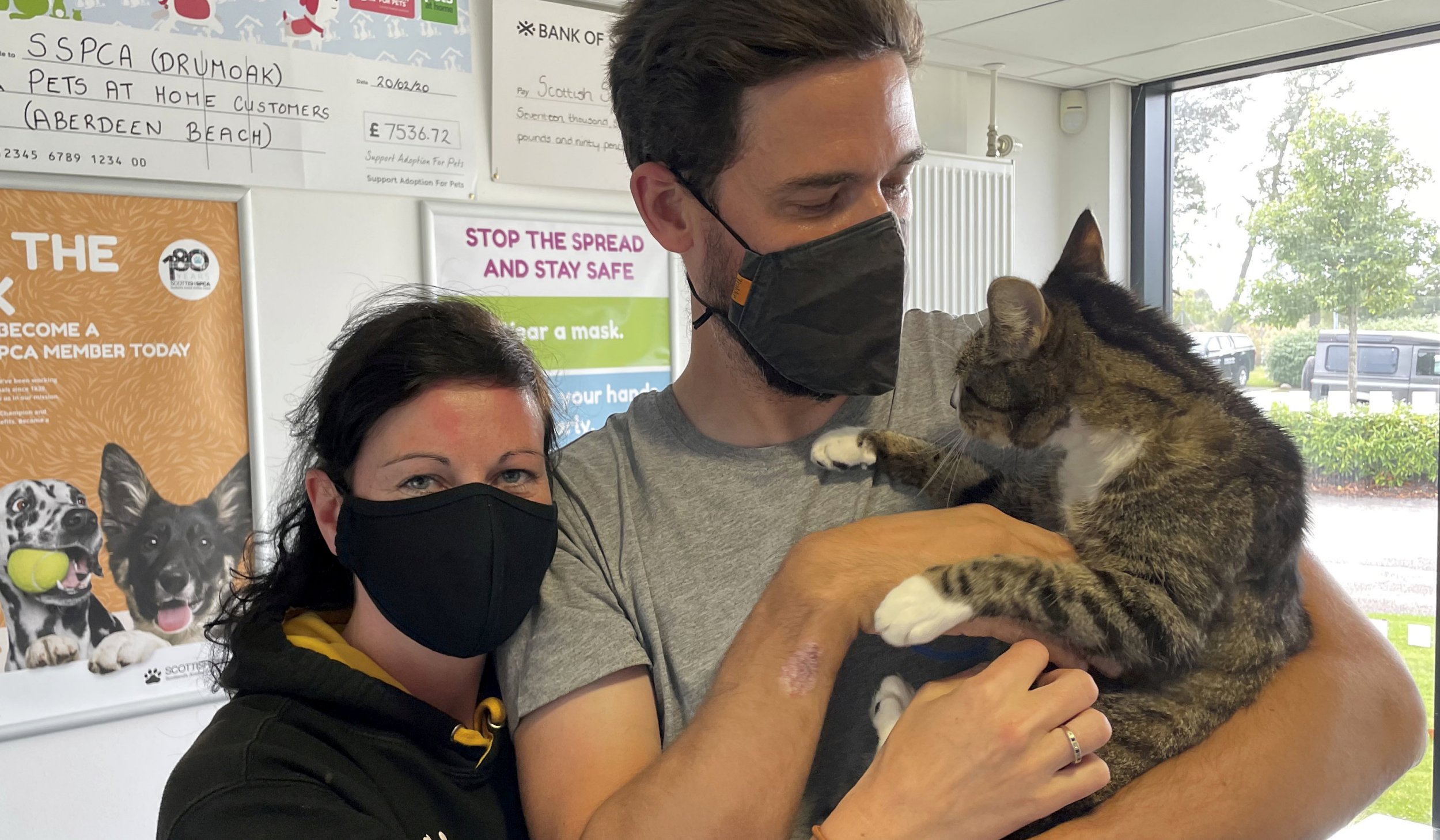 A cat has been reunited with its owners after it went missing – 10 years ago.

Feline Forbes, aged 12, was rescued by animal welfare chiefs in Aberdeen who found him looking very thin and with protruding bones.

They scanned Forbes for a microchip and contacted his shocked owners who revealed the cat had been missing since 2011.

Forbes has now been given back to his delighted owners who had given up hope of ever seeing him again.

Owners Neil and Lucy Henderson were devastated when they lost Forbes in March 2011 and spent months searching for him.

But, after nine months, they gave up hope of ever seeing the cat again, and three years later moved to Edinburgh.

The Scottish SPCA found Forbes just two miles from where he went initially went missing a decade ago – and he’s now settling back into life at home with Neil and Lucy.

Neil said: ‘When Forbes first went missing in March 2011, we were distraught. We’d had him from when he was a kitten and we had such a special bond.

‘He was such a unique and friendly character, we absolutely adored him.

‘Our friend made posters and we went door-to-door in the area we lived in Rosemount. We asked people to check garages and sheds as we thought he may have just been locked inside.

‘After eight or nine months, we very sadly had to come to the realisation that the worst may have happened.’

Lucy called Neil while he was driving, asking him to pull over before she told him Forbes had miraculously been found.

He turned the car around immediately, saying he was ‘overcome with emotion’, and the next day they travelled to Aberdeen to pick up their long lost pet.

‘Forbes did give me a big cuddle so I’m hopeful that he remembered us,’ said Neil.

And Forbes is acting like no time has passed at all, even coming into the room and meowing when Neil plays video games late at night – just like he used to back in the day.

Neil said: ‘At the moment, we are just gradually introducing him to our two dogs and two cats.

‘He is staying inside while he gets used to everything and the other animals get used to his scent, and vice versa.He’s exploring a new room each day.

‘We never thought we would see him again. It’s like a closed chapter has just opened up. It’s a dream come true.’

Animal rescue officer Greg Stevenson, who rescued Forbes after a call-out from a local resident, said: ‘I was amazed to hear how long Forbes had been missing for…

‘Forbes was found less than two miles from where he went missing though we have no way of knowing where Forbes had been all this time or what adventures he might have been on.

‘We were delighted to be able to reunite Forbes with Neil and Lucy. We know that he is going to have a very happy and relaxing retirement.’