An Instagram makeup artist has showed off her impressive skills after transforming her face while participating in a social media trend which encourages people to post a ‘catfish’ picture of themselves alongside one of them in their ‘current position.’

Lizzy Turner, from Manchester, who boasts over 170,000 followers, shared a clip of her all dolled up with a Mac red lipstick called ‘Rubywoo,’ before panning to a close up shot of her bare-faced chilling out on her bed.

She jokingly captioned the video: ‘Catch my eyelashes stuck on the wall behind me.

And her social media followers were left gobsmacked by the before and after video, which has racked up over 60,000 views, with one writing: ‘That’s two different people.’ 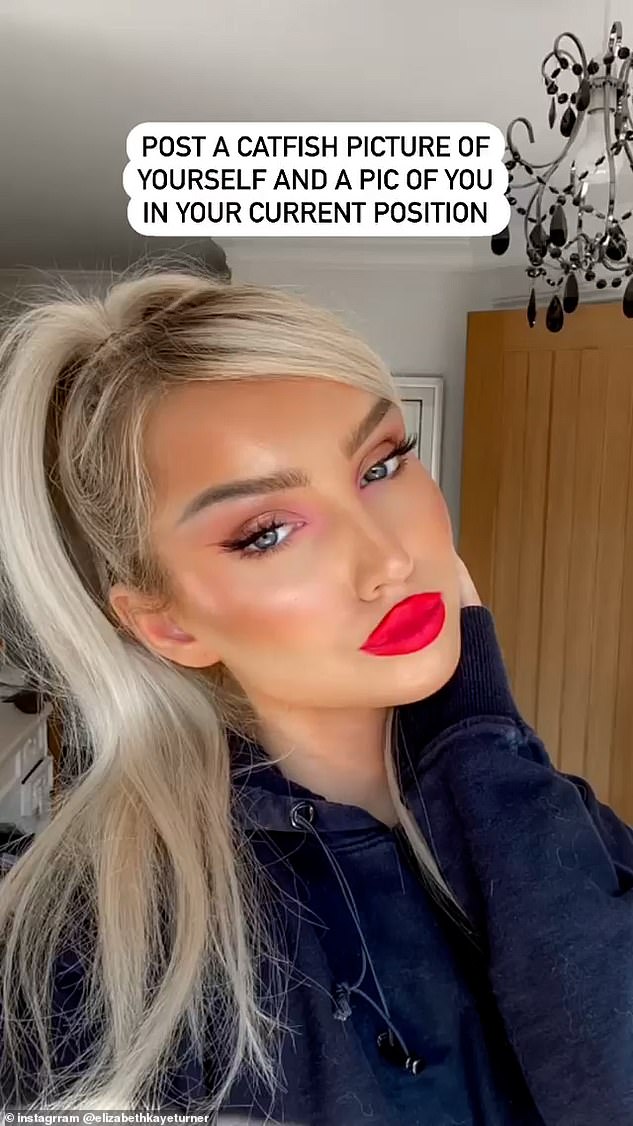 Lizzy Turner, from Manchester, impressed her social media followers with an impressive catfish transformation that left her ‘unrecognisable’ 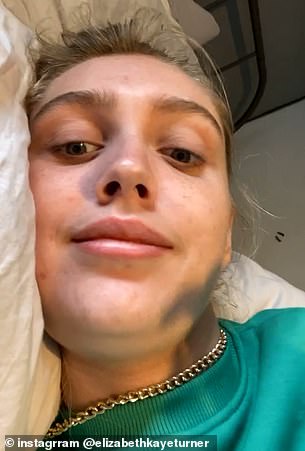 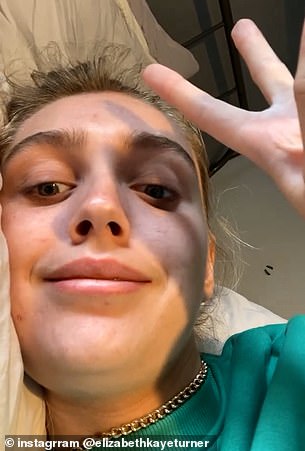 The false eyelashes that were stuck to Lizzy’s wall in the background were a particular hit with her followers, who thought it was a hilarious hack for keeping them safe

In a later post, Lizzy outlined the products she had applied, before noting that it was her favourite makeup look ever.

She explained how her bold red lip was achieved thanks to a YSL Beauty red lip liner, while her concealer and foundation were both from Nars.

The natural beauty also applied Dolly Beauty highlighter to her cheekbones, used a Charlotte Tilbury brow pencil and stuck on some sultry lashes from SOSU By Suzanne Jackson to complete her look.

Her followers were amazed with her creative skills and praised her for sharing a candid snap of her face completely natural. 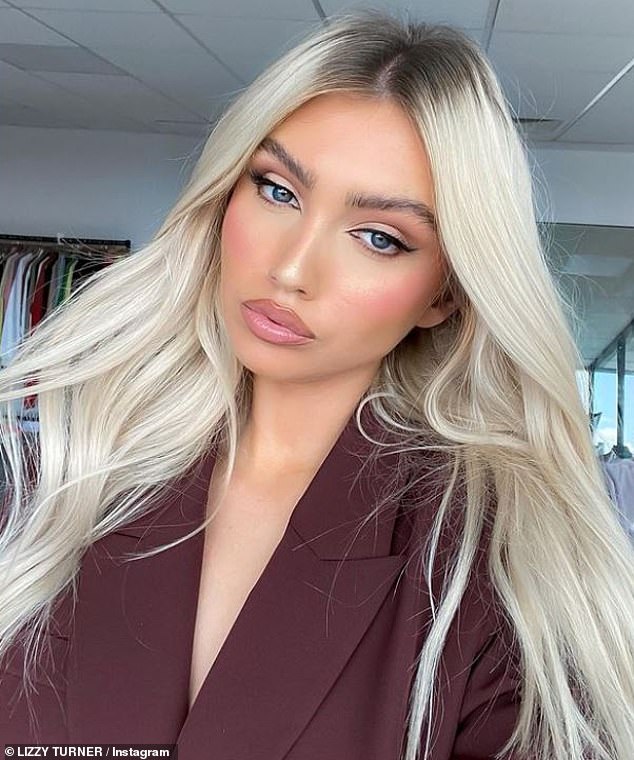 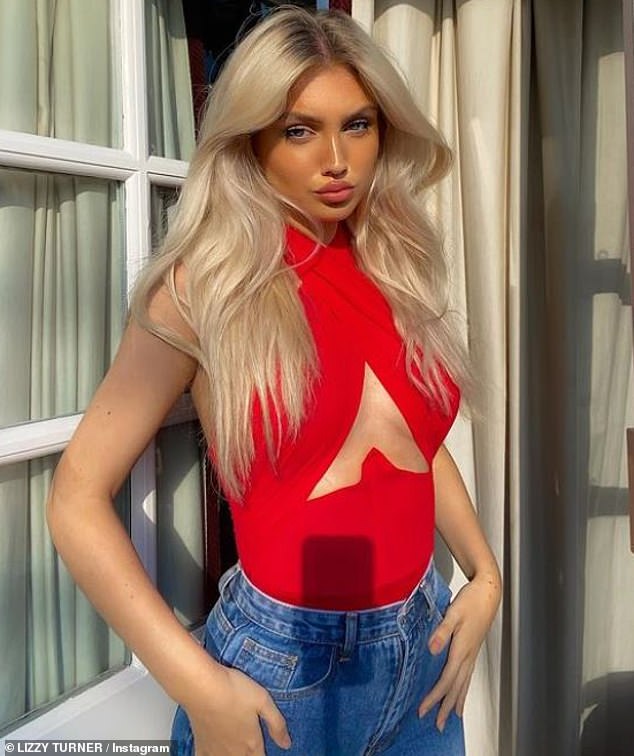 ‘Same person and both gorgeous,’ wrote one. ‘I’m building my own confidence by thinking this way. My face is a blank canvas that can be gorgeously enhanced.’

Another commented: ‘You look beautiful both ways!’

A third penned: ‘Get me these make -up skills.’

Elsewhere, a third was blown away by her eyelash trick and added: ‘Sticking the lashes to the wall is a vibe. At least you won’t lose them.’

Some commenters were amused by the lashes on the wall and admitted to using the same method themselves, while others were in awe of the barefaced beauty and implored that other influencers should start doing the same