An Aussie chef impressed hundreds on social media with her neat and organised fridge – though many critics couldn’t help but slam her effort for a number of reasons.

The woman from Victoria, who works as a chef, shared a photo to a popular Facebook group and wrote: ‘Please tell me that I’m not the only person that keeps their fridge organised and finds it relaxing to do it and keep it that way.’

While the fridge was neatly arranged, many couldn’t look past the amount of soft drinks and Smirnoff cans on the shelves.

Others questioned why there’s a pot in the fridge and why the woman stores bananas in the fruit dispenser. 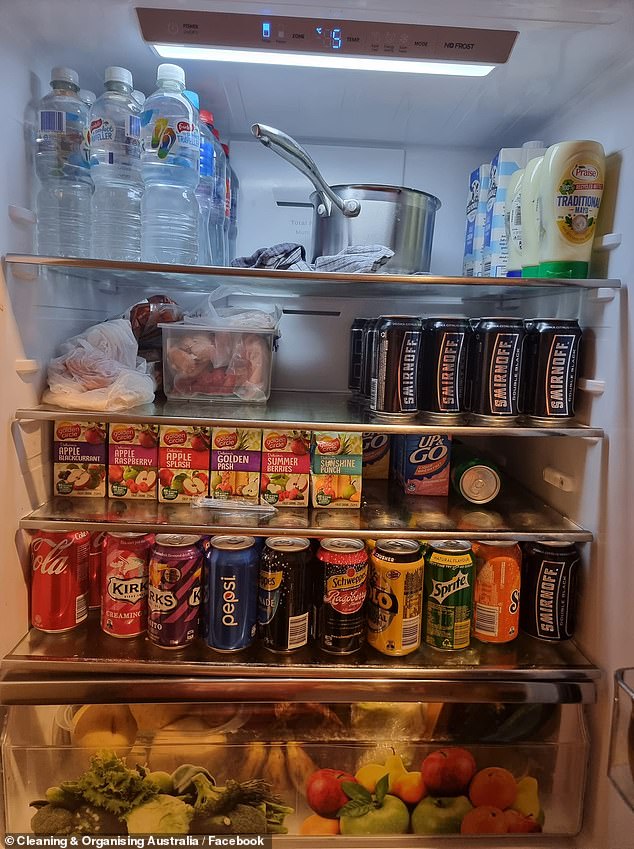 A chef from Victoria shared an image on Facebook of her neat and tidy fridge (pictured) stocked with a variety of soft drinks, fruit boxes, bottled water, mayonnaise, milk, Smirnoff cans, a pot and other foods in a container. But many couldn’t look past the amount of soft drinks and Smirnoff cans on the shelves

The fridge was stocked with a variety of soft drinks, fruit boxes, bottled water, mayonnaise, milk, Smirnoff cans, a pot and other foods in a container.

‘My teeth and Pancreas hurt just looking at all those sugary soft drinks,’ one person commented on the post.

‘I have toothache looking at this,’ another said, a third asked: ‘But where’s the food?’

The woman clarified the reason why she doesn’t store much food in the fridge is because she’s a full-time chef and isn’t home most nights for dinner, so she usually eats at work.

In the chiller the woman also stores a variety of fresh fruit and vegetables, but some shouldn’t be kept in the fridge at all.

Unpeeled root vegetables – such as garlic, onion, and potatoes – usually keep for longer when kept in a dark, dry pantry rather than the fridge.

‘Just FYI the majority of my house is disorganised, only my fridge and my shoe room are organised like this,’ the woman added. 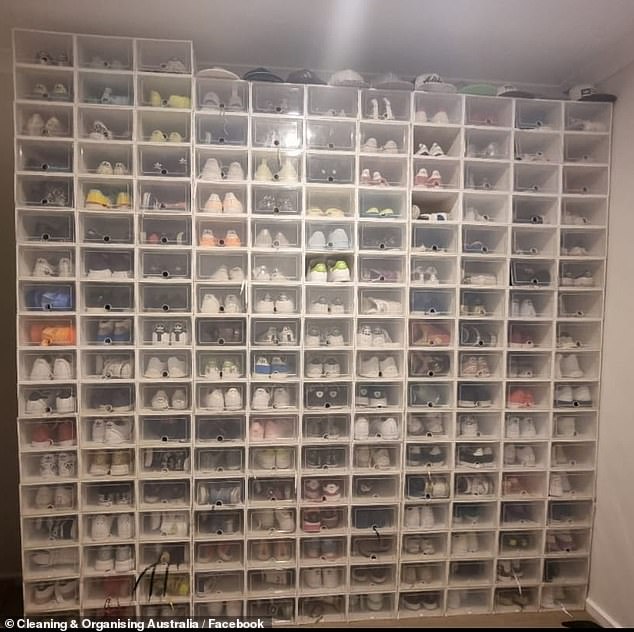 Despite the backlash, the chef wowed with her incredible shoe closet consisting of more than 150 pairs of shoes.

‘I wear them all, I use a step ladder to access the top ones and this isn’t even all of the shoes that I own – I’ve started a second wall,’ the woman said.

Many described the wall as closet ‘goals’.