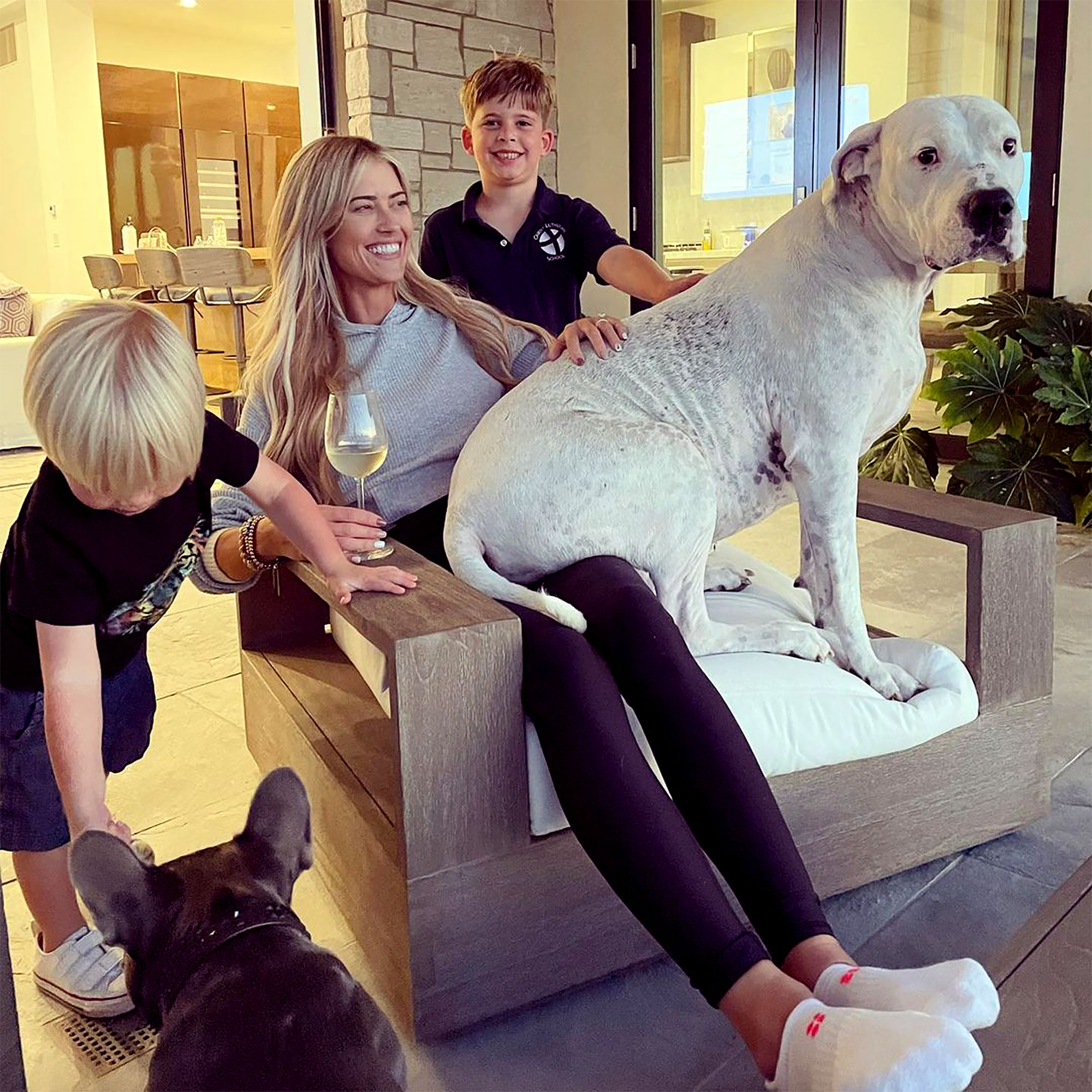 The 38-year-old HGTV personality shared an Instagram snap on Monday, October 4, alongside two pooches and her sons, Brayden, 6, and Hudson, 2. “Sunsets with my boys and sweet girl lapdog,” she wrote in the caption.

Haack’s French bulldog, Cash, was front and center in the photo, but one follower wondered “what happened to Biggie.” The Christina on the Coast star replied, “Due to behavioral issues, I made the hard decision to have Biggie re-homed in the best interest of my children.”

Some Instagram users supported the move, with one commenter noting, “Good moms make hard choices for their kids.” Another added that finding different owners for Biggie also could have been the best thing for the rottweiler.

Along with Brayden, the Wellness Remodel author shares daughter Taylor, 11, with ex-husband Tarek El Moussa. Her youngest son’s father is Ant Anstead, from whom Haack split in September 2020. She introduced Biggie to her fans three months later.

Celebrity Pets With Their Own Social Media Accounts

“Too cute not to share. Meet the newest member of our family – Biggie. We are all obsessed and in love. 💘,” she gushed via Instagram in December 2020.

The California native went on to showcase the pet several times in the following weeks but has since removed Biggie’s photos from her account.

Over the past year, Haack’s personal life has been through plenty of changes. She finalized her divorce from Anstead, 42, in June as he moved on with Renée Zellweger. The Flip or Flop star, for her part, confirmed her engagement to Joshua Hall in September after weeks of speculation.

Neither the U.K. native nor El Moussa, 40, were given a heads up about the big news, a source exclusively told Us Weekly, but were “both happy for her and wish her the best.”

Haack and her costar finalized their divorce in 2018, the same year she and Anstead tied the knot. Shortly before his ex-wife’s engagement made headlines, El Moussa opened up about his blended family.

“[Ant and I have] gotten to know each other a little bit at this point now,” he told Us exclusively last month. “And my kids and his kid are, you know, they’re family and it’s like a big extended family. … You got me, you have Heather [Rae Young], you have Ant, you have Renée, you have Christina, you have Josh, you have Taylor, you got Brayden. So, it’s a modern-day family.”

He teased at the time, “I think it’s great. The whole thing is funny. So cliché — a bunch of reality stars. We all know each other.”