Leave her out of it. Dakota Johnson is reacting to a recently resurfaced video that fans are pointing to as proof she knew more about the Johnny Depp and Amber Heard case than she let on.

“I was like, ‘For the love of God, why? Why am I involved in this?’” the Persuasion actress, 32, lamented to Vanity Fair in an interview published Tuesday, June 28. 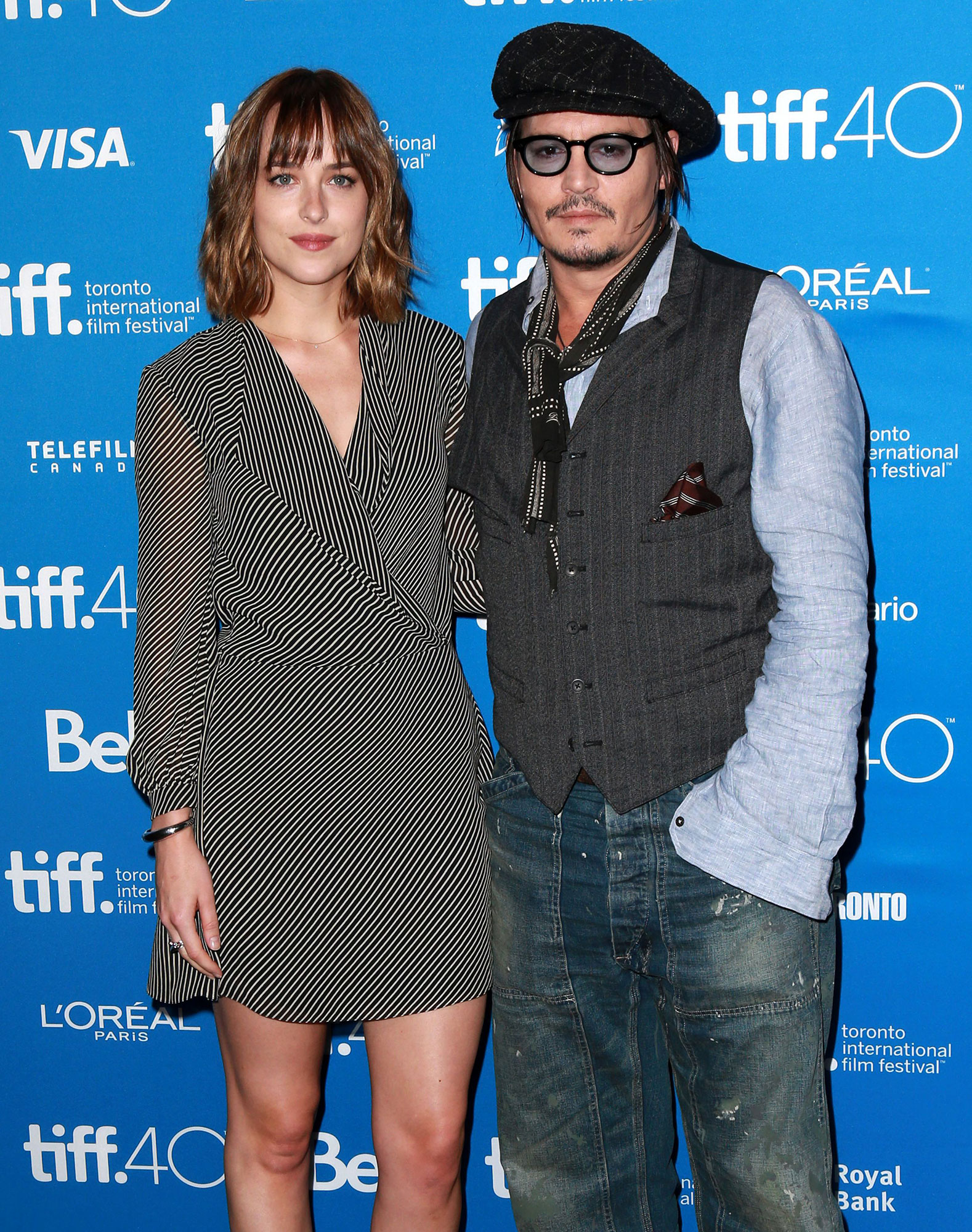 Johnson was referring to a now-viral video from 2015 that shows she and Depp, 59, promoting their movie Black Mass at a panel. During an aside between the two, the Secret Window actor appears to show her his injured finger, which was allegedly caused by Heard, 36.

“I don’t remember that at all, but please, take me out of this. Don’t let this go further,” Johnson told the outlet about the online chatter that emerged since the video resurfaced. “Can you imagine, oh, my God, if I was called to the witness stand?”

The Lost Daughter actress continued: “I can’t believe that people are watching [the trial] like it’s a show. It’s like it’s a courtroom drama and my heart breaks. It’s so, so, so crazy. Humans are so f—ing weird. The internet is a wild, wild place.”

As for the severed finger tip in question, Depp testified in a Virginia courtroom on April 19 that it was the result of a fight he and then-wife Heard had in March 2015. The Pirates of the Caribbean actor claimed that Heard threw a vodka bottle at him and it shattered on his hand, cutting off his finger.

The Aquaman actress denied the allegation, claiming that he sexually assaulted her with a bottle that night and that she later found him with a bleeding finger as he wrote on the walls with blood and paint. Depp, for his part, denied such allegations.

During his testimony, Depp, who was married to Heard from 2015 to 2017, said he went from “Cinderella” to “Quasimodo” per his reputation. “I pride myself on honesty,” the Rum Diary actor, who sued the Texas native for defamation, stated while in court.

After a two-month trial, a jury ruled in favor of Depp, awarding the Kentucky native $10 million in compensatory damages and $5 million in punitive damages. His punitive award was subsequently reduced to $350,000 due to a Virginia state law that set a cap on the maximum amount that can be awarded.

Amber Heard Plans to Appeal Verdict in Johnny Depp Case: Everything to Know

The Justice League actress was also granted $2 million after the jury found that Depp’s attorney made a defamatory statement about her when he alleged her abuse claims were a hoax.

Following the verdict, a source revealed to Us Weekly on June 6 that  Heard is “100% appealing on freedom of speech” and is “determined to take it all the way to the Supreme Court.”