David Winters, who danced in the original Broadway production of “West Side Story” and then fashioned an influential if under-the-radar show business career, notably as a choreographer for Ann-Margret, Elvis Presley and others, died on April 23 in Fort Lauderdale, Fla. He was 80.

His brother, Marc, said the cause was congestive heart failure.

Mr. Winters had an energetic, visceral style as a dancer and later as a choreographer, evident in his work in “West Side Story” and then as the creator of dances for Ann-Margret and Presley in the movie “Viva Las Vegas” (1964) and for the 1960s musical variety TV shows “Shindig!” and “Hullabaloo.”

He developed a passion for performing as a child. Watching Gene Kelly and Fred Astaire on television, he would dance along with them. And after an NBC talent agent discovered him dancing in a show in a Manhattan restaurant, he was hired to appear on numerous TV shows and in three Broadway musicals, including “Shinbone Alley,” which starred Eartha Kitt and Eddie Bracken and had a book co-written by Mel Brooks.

Jerome Robbins, the celebrated ballet and Broadway choreographer, had seen “Shinbone Alley” during its brief run in the spring of 1957 and invited Mr. Winters to try out for “West Side Story,” the innovative musical about two warring New York gangs, the Jets and the Sharks. After one audition, Leonard Bernstein, who composed the music, wrote of Mr. Winters in his notes: “Fine dancer. Real cute.”

Mr. Winters was cast as a Jet, Baby John. He later recalled rehearsals under Robbins, who was also the show’s director as well as its choreographer.

“Jerry would bring in clippings from the NYC papers where the headlines were always about some gang members going to jail or a rumble between them, in which kids were killed,” Mr. Winters wrote in his autobiography, “Tough Guys Do Dance” (2018). “These pics and articles were put up on the board for everyone to see and to get us in the mood of the piece.”

After roles in two other Broadway musicals, “Gypsy” and “One More River,” Mr. Winters was cast by Robbins as another Jet, A-Rab, in the film version of “West Side Story” (1961). While rehearsing “Cool,” a jazzy production number in which he had a short solo that showcased his raw, emotional dancing, the dancers tossed their kneepads into trash cans and set them on fire, requiring firefighters to extinguish the blaze.

“Us guys from New York City, we were all wise guys,” Mr. Winters wrote, adding, “There was no controlling us.”

By 1964 he had moved to Los Angeles, where he acted in television series like “Perry Mason” and “77 Sunset Strip” and began teaching dance. One student was Ann-Margret, whose role in the film version of the musical “Bye Bye Birdie” (1963) had made her a star. By his account, she insisted that he choreograph “Viva Las Vegas,” in which she was to co-star with Presley. Her steamy dancing while Presley sang “C’mon Everybody” was a highlight of the movie.

He went on to choreograph several more of Ann-Margret’s films as well as her 1967 Las Vegas stage act and two television specials, and he choreographed three other Presley movies.

“David was one of the greatest dancers and choreographers that I have ever known,” Ann-Margret said in an email after his death. “He moved like a panther.”

He was hired to choreograph “Shindig!,” a new musical variety show on ABC featuring leading pop acts, in 1964. He moved to “Hullabaloo,” a rival show on NBC, the next year. His dance troupe there included Donna McKechnie, who would win the 1976 Tony Award for best actress in a musical for her role in “A Chorus Line,” and Michael Bennett, who won a Tony for choreographing the same show.

“David had his own style — which was an extension of Robbins’s,” Ms. McKechnie said in a telephone interview. “It was sexy, strong and very fluid, but he didn’t over-choreograph.” She added, “He helped us women step up and have that kind of strength as dancers.”

Mr. Winters was nominated for Emmy Awards for “Movin’ With Nancy” (1967), a TV special starring Nancy Sinatra, and “Ann-Margret: From Hollywood With Love” (1969). He was later the executive producer of “Timex All-Star Swing Festival,” which won a Peabody Award in 1972.

He was also credited by Gary Smith, the producer of “Hullabaloo,” with helping to create the goofy arm-and-leg flailing dance called “the Freddie” for the British band Freddie and the Dreamers. 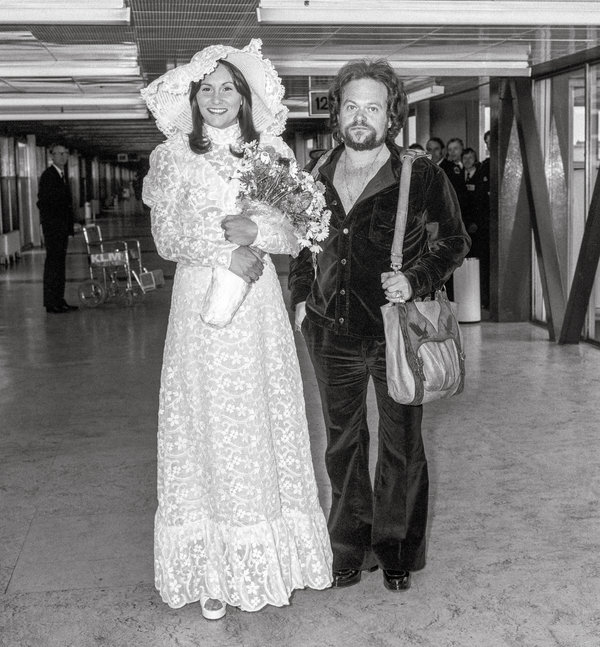 Mr. Winters was born David Weizer on April 5, 1939, in London. He emigrated to the United States with his parents when he was 9. His father, Samuel, was a furrier in England; his mother, Sadie (Gittelmacher) Weizer, was a vaudeville performer. After settling in Brooklyn, they opened a candy store.

David loved dancing from an early age. He sang and danced for his shoeshine customers on the Coney Island boardwalk. He learned to tap and attended a theatrical school run by an old-time hoofer, Charlie Lowe.

After the NBC talent agent saw the 10-year-old David dance at Zimmerman’s Hungarian restaurant, he was cast in a 1949 episode of “The Big Story,” a series that dramatized newspaper articles. He was later seen on Milton Berle and Perry Como’s variety shows.

By the late 1960s, his career was moving in multiple directions. For television, he directed episodes of “The Monkees,” produced specials starring Raquel Welch, the 5th Dimension and others, and made a documentary about auto racing hosted by Paul Newman.

And in 1975, he co-produced, directed and choreographed “Welcome to My Nightmare,” a concert film version of the shock-rock singer Alice Cooper’s stage show.

“He saw the potential of merging hard-rock Alice Cooper with theater,” Mr. Cooper said on Twitter after Mr. Winters’s death. “We chose him as director/choreographer because he portrayed A-Rab in the classic film ‘West Side story.’ That film was a huge influence on us as a band.”

Mr. Winters was married and divorced at least three times. He also had a romantic relationship in the 1970s with Linda Boreman, who as Linda Lovelace had been the star of the pornographic film “Deep Throat” (1972).

He produced a stage play in which Ms. Boreman starred, “Pajama Tops,” and a campy satirical film, “Linda Lovelace for President” (1976).

“When I was with David, I had an awesome time,” she told the writer Eric Danville for his book “The Complete Linda Lovelace” (2001). “I went to see my first play. I saw Richard Chamberlain in ‘Cyrano de Bergerac.’ I saw ‘Grease’ in Manhattan. I saw the Alvin Ailey dancers.”

Ms. Boreman died after being injured in a car accident in 2002.

Over the last 30 years Mr. Winters worked primarily as a producer, largely of action-oriented movies with titles like “Born Killer,” “Rapid Fire” and “Body Count.”

But his final film was a return to his early years: “Dancin’: It’s On!” (2015), a romance built around a dance competition starring winners and runners-up from the TV series “So You Think You Can Dance.” He directed, produced and choreographed the movie.

While filming it in Panama City Beach, Fla., in 2013, he experienced breathing problems, which led to a diagnosis of congestive heart failure and triple bypass surgery.

In addition to his brother, Mr. Winters, who died in a Fort Lauderdale hospital, is survived by his daughter, Romé Bernstein; his sons, Alexander and Jonathan; a stepson, James; and a granddaughter.

Ms. McKechnie saw Mr. Winters last year when she was performing at a cabaret in Miami Beach.

“He could be strong and tough,” she said, “but there was a real sweetness about him. He was jovial, and his face and eyes were still so expressive.”