The second season of this corrosively comic British spy thriller is a masterclass in making a smooth transition from the first batch of episodes to the second. That is to say it’s shot through with rancorous banter, wilful ambition, and magisterial mockery. “That boy would be out of his depth in a puddle,” Gary Oldman’s disgraced spymaster, Jackson Lamb, says of an MI5 bright young thing, and the insults soar even if the spooks delivering them are shaky. 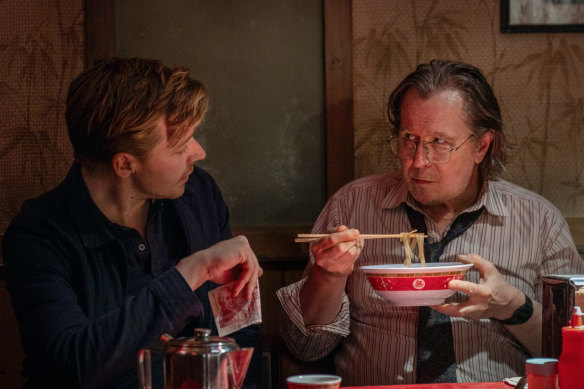 At one point Lamb actually breaks into a run, and the effort to get down a flight of stairs leaves him dangerously close to a coronary. That’s indicative of Will Smith’s series, which the former Veep writer has set up as a deceptively dangerous series of stakes. It’s not just life and death, it’s believing in yourself or surrendering to self-doubt, it’s proving a point versus going a step too far. The show is funny, but not sentimental. There’s always a cost at hand.

Lamb’s outcasts at London’s Slough House, MI5’s decrepit dumping ground, remain in exile despite, and also because of, their counter-terrorism efforts in season one. The death of a former agent from the Cold War era starts out as a routine investigation, but despite the booze, cigarettes and MSG Lamb has his suspicions. The storytelling is particularly good at escalation. The routine can quickly run out of control, testing the capacity of individuals who are operatives with everyday flaws. Anyone who’s stewed in a job can grasp the emotion.

Russian subterfuge, whether from the last century or this one, isn’t as immediate as the first season’s galvanising kidnapping, but the theme of endurance, of stubbornly holding on to make a difference, is integral to Slow Horses. When your job is meant to make you quit, opportunities look different, something the still ambitious River Cartwright (Jack Lowden) can’t quite grasp. Affection in this game comes with the harshest of words and some characters, such as resident hacker Roddy Ho (Christopher Chung), are close to irredeemable. 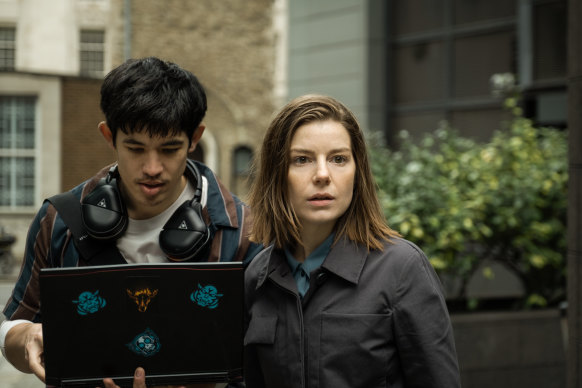 There is one quotable line after another in these six episodes. Told a briefcase contains “sensitive documents”, Louisa (Rosalind Eleazar) replies, “I have no intention of hurting their feelings”.

But the digs are merely the delicious finish on a show that makes the espionage genre answer to the most believable of human foibles. Two more seasons adapted from Mick Herron’s Slow Horses novels are already in production, which leaves me like Lamb at a boozer having just had a 10am double scotch: “put another one in there!”

The early episodes of this Australian comedy are piecemeal: mismatched medical student Ashley and artisanal brewery owner Gordon (respectively Harriet Dyer and Patrick Brammall, the show’s creators) meet not so cute, exchange awkward advances, and start to form an attraction that’s not entirely plausible. It’s tonal comedy. “I don’t mean to rush you,” one will say, “I feel like you do,” the other pertly replies. No punchlines are sighted. 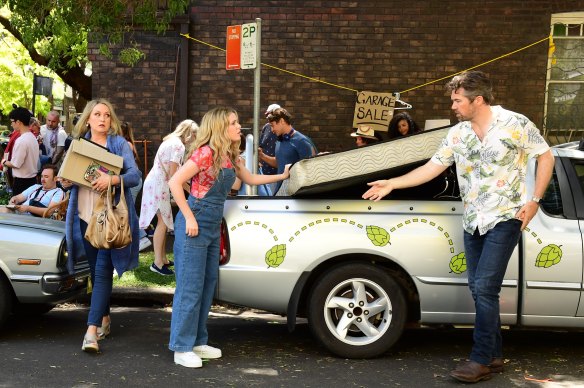 The antecedents are clear, whether it’s the exacerbated mishaps of Curb Your Enthusiasm or You’re the Worst without the scything self-evaluation. It’s bemusing, complete with an incongruous visual palette. But what saves these half-hour instalments is that while Ashley and Gordon are snippy together, their neuroses and sotto voce laments take flight when they’re reacting to delusional provocation.

The sixth episode, where the duo shares Ashley’s birthday celebration with her wildly inappropriate mother Lynelle (Helen Thomson) and creepy stepfather Lee (Darren Gilshenan), has an eruptive wit that feels transformative. But that doesn’t make the preceding episodes any better, nor does it advance the more serious issues the story wants to address. You’ll need what Ashley or Gordon comically lack: patience. 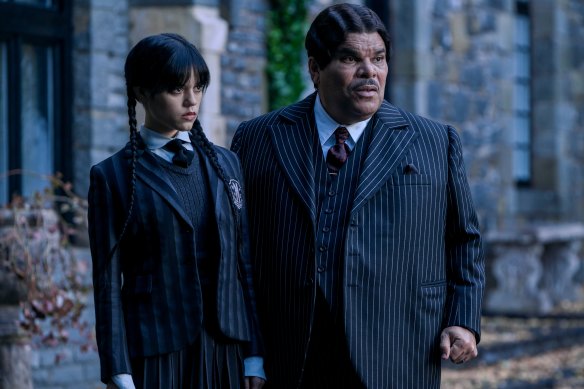 Directed in part by filmmaker Tim Burton with some morbidly baroque flourishes, this Addams Family spin-off sends deadpan Goth daughter Wednesday (Jenna Ortega) to a supernatural boarding school. Luis Guzman and Catherine Zeta-Jones are briefly fun as parents Gomez and Morticia, but this is essentially a boarding school melodrama with a macabre sense of humour. Wednesday says all the right (or wrong) things, but the show’s bleakest idea is that she should try to make friends and fit in a little more. 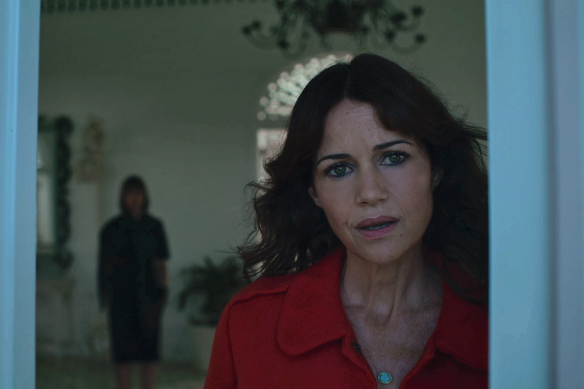 The plot twists are numerous in Leopard Skin, which stars Carla Gugino.

If you prefer your crime thrillers with heat haze, dream logic, and an amorous desire that overwhelms the narrative, this American series set in a beachside Mexican mansion is worth sampling. The ever-reliable Carla Gugino heads the cast, which is assembled when the home’s doleful inhabitants are swiftly joined by a trio of thieves looking to hide out post-heist, preposterous blow-ins, and former staff. The plot twists are numerous, but they feel less important than the loaded glances and mutual embrace of kink. 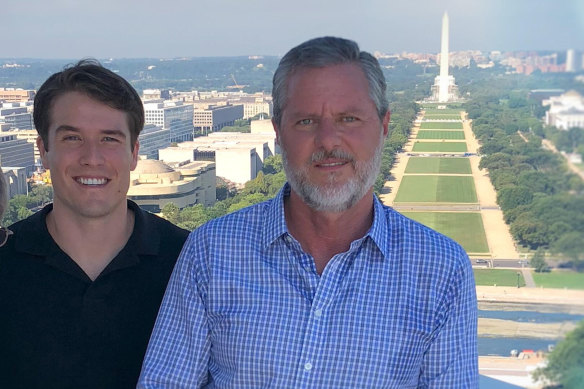 You may know the headlines: a 2020 American sex scandal involving evangelical Christian leader Jerry Falwell Jr, his wife Becki, and a Miami hotel pool boy – the distinguishing detail being Jerry liked to watch. The back story behind adds both salacious detail and institutional hypocrisy, with director Billy Corben (Cocaine Cowboys) charting the downfall of all three through the testimony of the now former pool boy, Giancarlo Grandi. The scope of this feature length documentary is sizable – Trump’s presidential campaign and his former fixer are involved – but ultimately it’s a reminder that for some pleasure only exists with control. 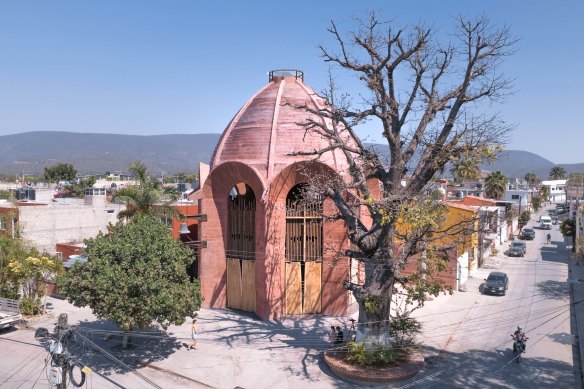 Directed by Katerina Kliwadaenko and Mario Novas, this architectural documentary series explores the creative boom in Mexican design, starting with an episode devoted to public buildings that include a cultural centre, reconfigured museum, and a primary school. How contemporary architecture can be in dialogue with the buildings of the past is a recurring theme, and it’s captured visually through precise pans and elegiac drone shots. The result is compact, but telling: “here we risk,” one architect explains, “and you can see the result”.

* Stan is owned by Nine, the owner of this masthead.

Reward your time with these TV shows