A MAN fractured his penis so severely during a rampant sex session that his manhood ended up looking like an 'aubergine', a doctor has revealed.

Dr Karan Rangarjan said it was the worst injury he had ever seen during his time as a doctor.

The NHS doctor said he had been working in accident and emergency when a man arrived and claimed he had 'broken his penis'.

Posting on TikTok Dr Karan explained that it was around 3am, when the patient arrived.

"When I examine him I notice that his male appendage was bent swollen and purple with bruising."

He then pointed to an image of an aubergine and said it was a 'classic image' of a penile fracture.

Dr Karan then tried to understand how this had happened to the man.

He explained that the man and his girlfriend had been enjoying themselves a little bit too vigorously in the bedroom when the man heard a “popping” sound – followed by extreme pain down below.

Dr Karan said that the young man had broken the tunica albuginea – a fibrous sheath that covers the spongy tissue of his penis.

It had torn, leading to bleeding. 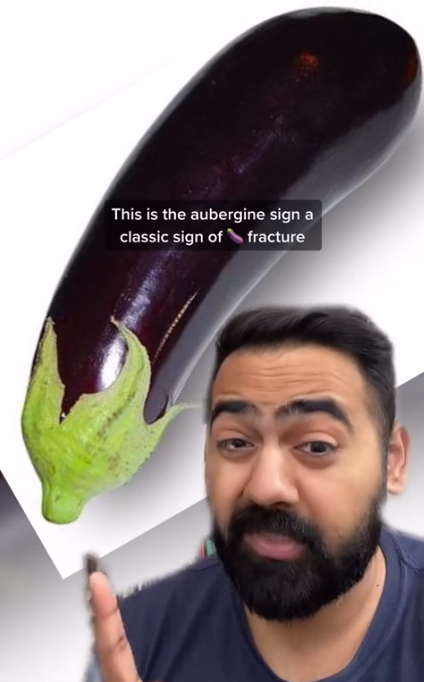 Although his shift was over before the man’s treatment was finished, Dr Karan said the patient was rushed in for emergency surgery later that morning.

Patients who suffer the injury and don’t have treatment are often left with a permanent curvature of the penis and could face erectile dysfunction for the rest of their lives.

Dr Karan added: "It’s painful and serious but not life threatening in the immediate situation!”

The post sparked fear in many, especially in men with one saying that 'all men felt it'.

If you're about to get under the sheets it's important remember that there are certain positions where you are more likely to suffer from a broken penis than others.

If you're too vigorous in the bedroom department, you could face penis breakage.

What is a penile fracture?

Penile fracture is rupture of either one or both of the tunica albuginea (the membranes that cover the penis’s erectile tissue.)

It is caused by rapid blunt force to an erect penis.

If you feel any pain after sex, it's always important to visit a doctor.

In many cases, patients will leave their injuries untreated because of embarrassment, but you definitely shouldn't if you want to overcome the problem.

This usually occurs when a man's member slips out during sex and is violently bent.

Other intimate injuries can also occur – including the tearing of the foreskin.

A previous study found that doggy style is the most dangerous – with 41 per cent of cases of penile fracture occurring because of this position.

In at second was Missionary, with the man on top, causing 25 per cent of penile fractures – followed, in third place, by the woman on top.