After a busy day spent chasing their tail, running after next door’s cat or terrorising the postman, there’s nothing else a dog wants other than a much-needed snooze.

And occasionally pet pooches are too exhausted to even make it to their bed, as these hilarious photos from around the world show.

Compiled by Bored Panda, the snaps include a puppy snoring with its head resting on a car steering wheel, and a dog huddled behind a toilet.

Here, FEMAIL rounds up some of the best, and most bizarre, sleeping canines… 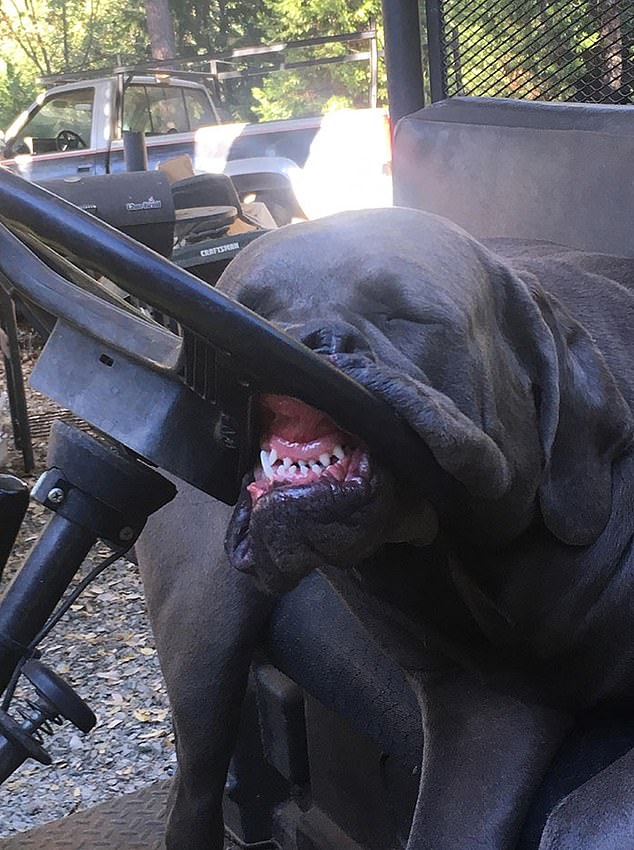 Keep your eyes on the road: This sleeping dog, passed out at an undisclosed location, doesn’t seem too interested in taking on the traffic 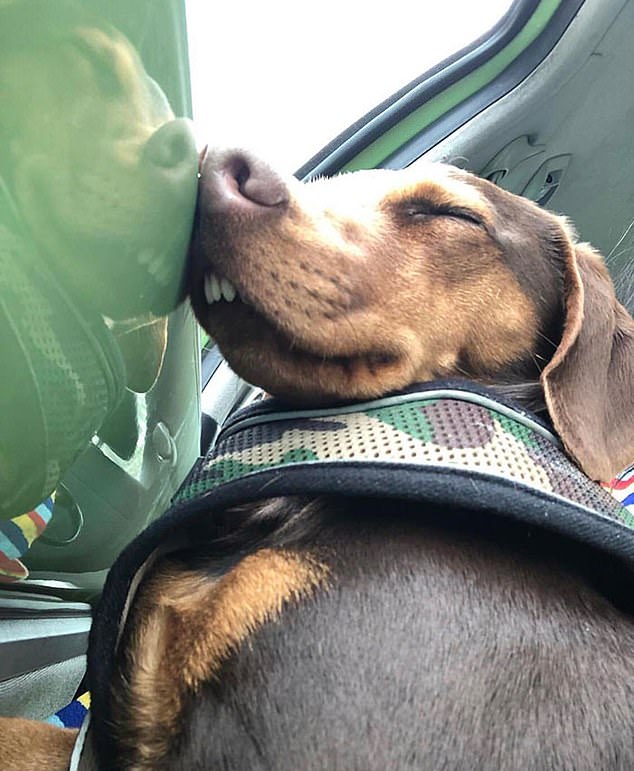 Up against it: This exhausted hound, pictured at an unrevealed location, had no qualms about sleeping with its nose resting on a car door 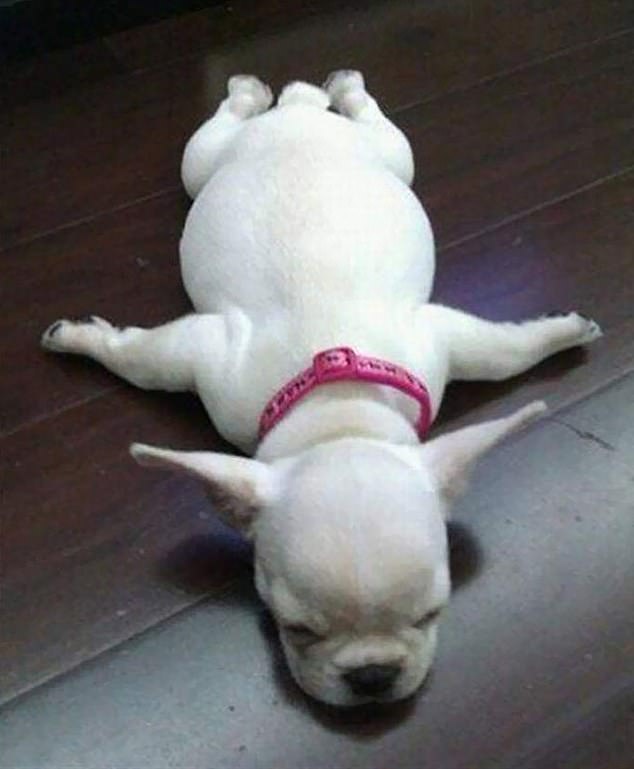 They do say let sleeping dogs lie: This pooch took up a spread-eagle pose on the wooden floor for a much-needed nap at an unknown location 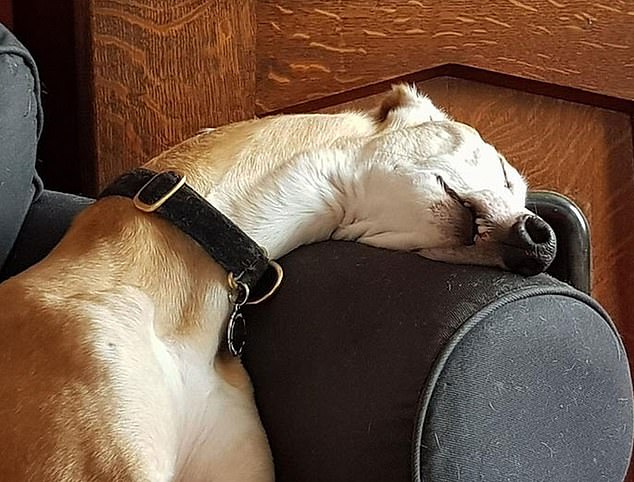 Arm rest: When there isn’t a bed in staggering distance, sleeping with your head against the sofa arm is the only option for this dog. It is unclear where the photograph was taken 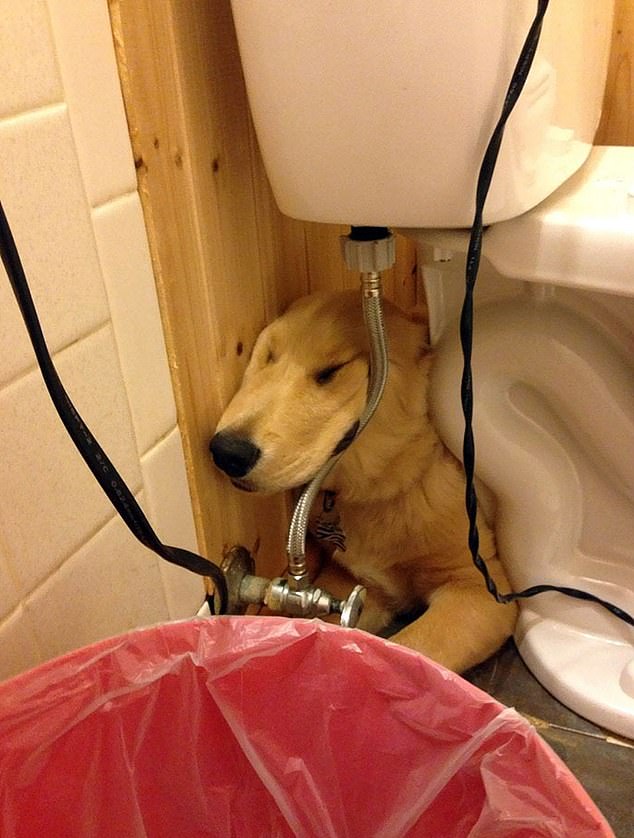 Is that comfortable? A dog, pictured at an undisclosed location, took a nap after squeezing itself in between pipes in the bathroom 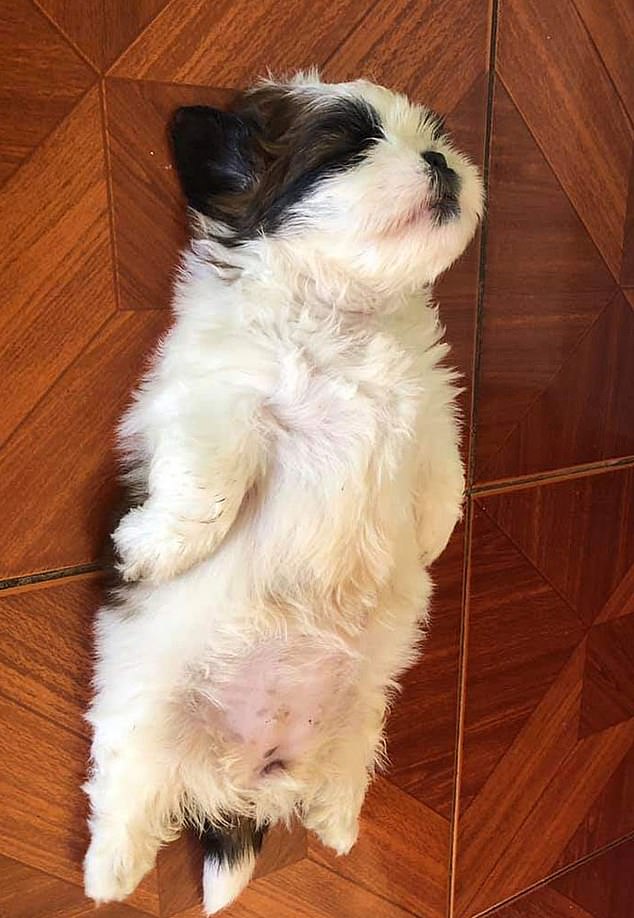 Flat out: Yet another owner’s adorable snap of a sleepy dog playing dead on the floor in an unrevealed area 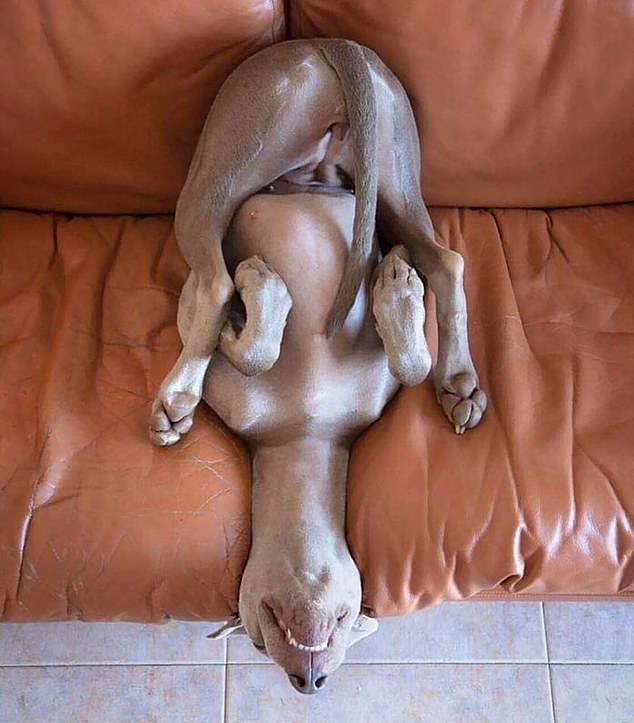 Bottoms up: This hound, residing at an unknown area, took a peaceful rest laid on its back with its paws stretched outwards 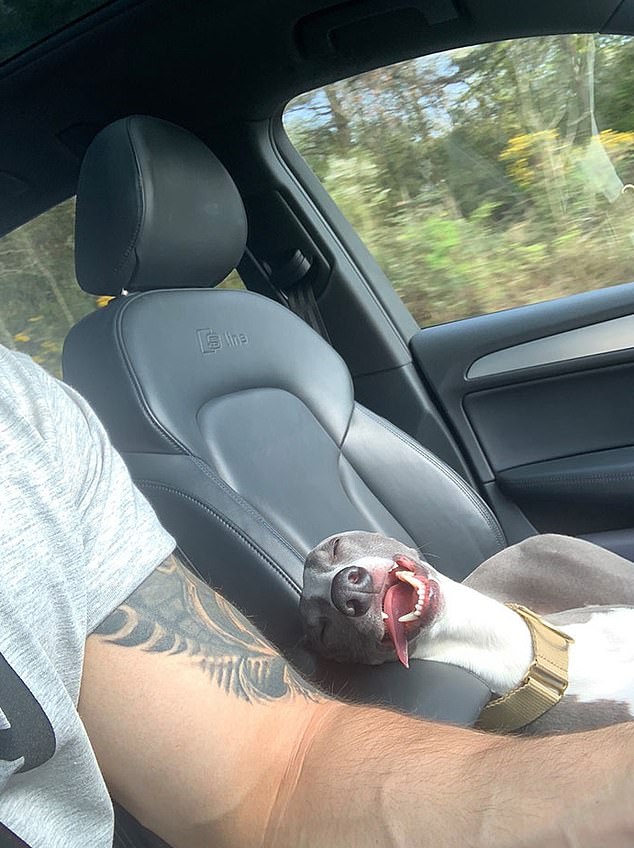 Out for the count: A dog catches up on sleep in the car in an unconventional position as it sticks its tongue out. It is unclear where this image was taken 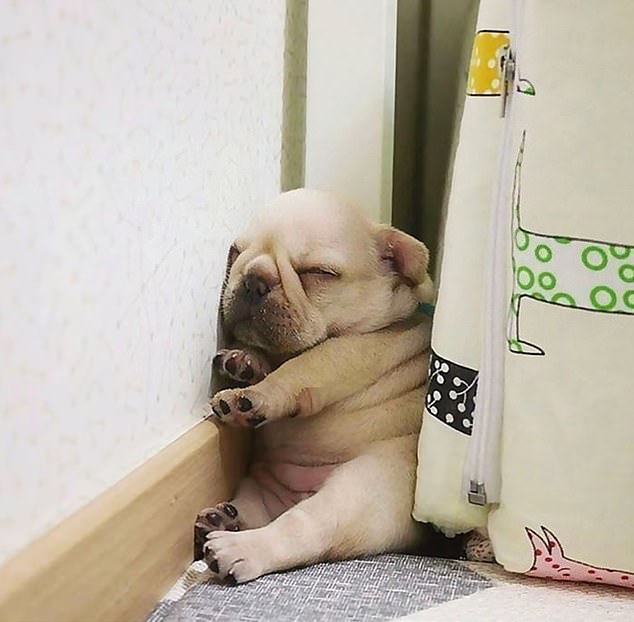 Tight squeeze: This puppy clearly needed a nap, but only managing to find this rather uncomfortable spot, in an unknown location, to rest its sleepy head 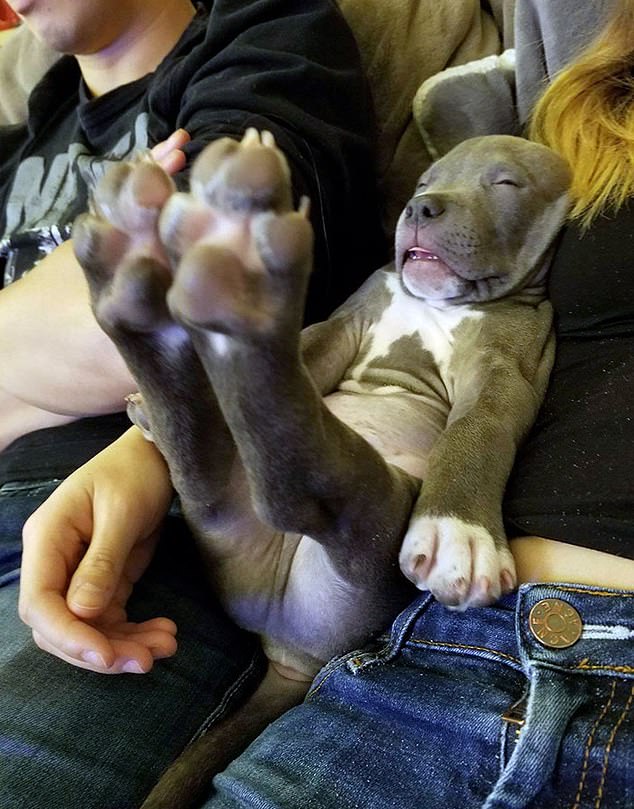 Paws for thought: After an enjoyable snooze snuggled up between its owners, this pup enjoyed a nice stretch. The location of this scene is unknown