DOMINIC LAWSON: At this rate, there’ll be nowhere left for our savings except under the mattress

Free banking (for those in credit) is not the birth-right of every Briton, but we treasure it as if it were. So can you imagine the fury if it ended?

Even more so, if, when it happened, the Government said to the public: sorry, but it’s nothing to do with us.

Yet this now seems a distinct possibility.

The Bank of England’s governor, Andrew Bailey, has just sent a letter to all British banks, asking them how prepared their computer systems are for such a policy. 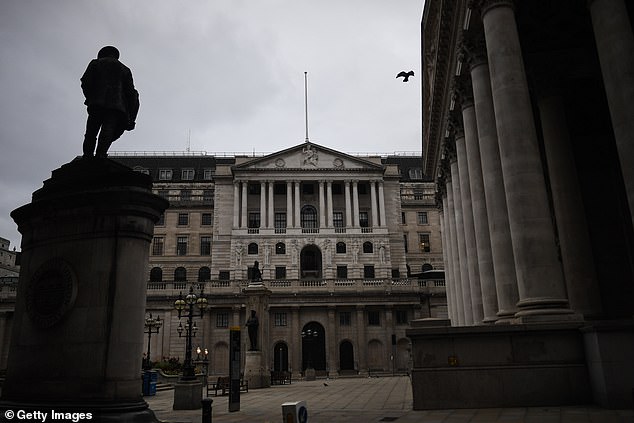 Free banking (for those in credit) is not the birth-right of every Briton, but we treasure it as if it were. So can you imagine the fury if it ended? (stock photo)

To be clear, he does not talk about an end to free banking: what Bailey has done is ask the banks about their readiness for the imposition of ‘negative interest rates’.

What this means in practice is that those with savings in banks would be charged interest, rather than receive it. Which amounts to paying to have a bank account. Or a stealth tax on savings. Either way, it is incendiary.

For most people, the idea of ‘negative interest rates’ is like something out of Alice Through The Looking Glass, a world in which everything is weirdly inverted.

However among central bankers, it has become a very real proposition. Just like the ultra-low interest rates already in place, it is designed to encourage business investment, at a time of the deepest financial uncertainty and impending mass unemployment. 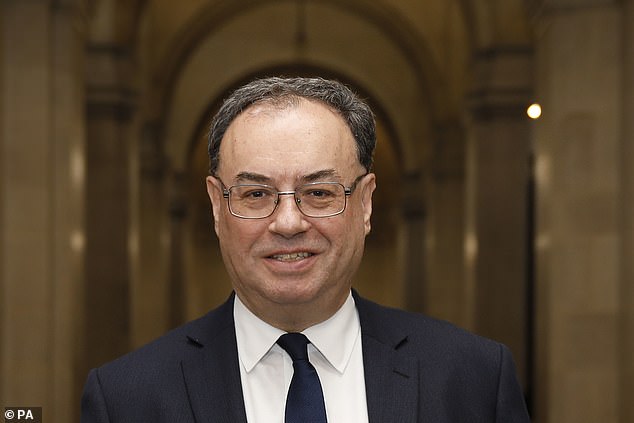 The Bank of England’s governor, Andrew Bailey, has just sent a letter to all British banks, asking them how prepared their computer systems are for such a policy

But as Neil Collins, that doyen of financial commentators, observes: ‘Bank Rate has already been cut to a smidgeon above zero — a rate that would earn just £1,000 on a deposit of a million for a year.

The idea that investment committees which are not investing at these rates would suddenly rush out and spend the money rather than pay a bank to look after it is self-evidently absurd.’

On the other hand, private citizens might take a more radical approach: withdraw all their surplus money from the bank in the form — what else? — of cash, and stuff the bank notes under the mattress. Or, more likely, in a safe deposit box.

Actually, with the introduction of polymer banknotes replacing the paper ones, physical storage is a much more attractive proposition: these notes will not bio-degrade and they stack beautifully. But that would have the effect of taking money out of circulation — the opposite of the Bank of England’s intention. 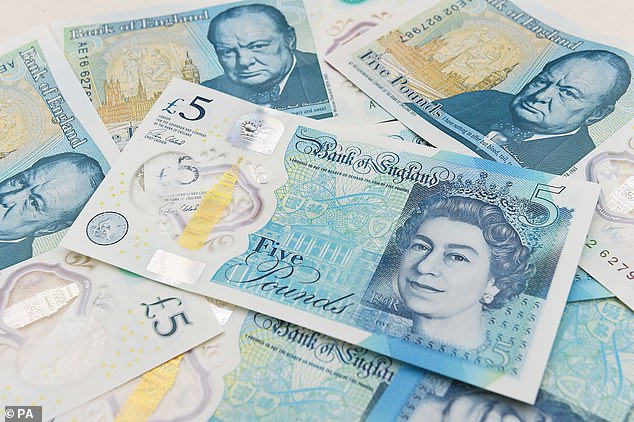 Actually, with the introduction of polymer banknotes replacing the paper ones, physical storage is a much more attractive proposition. But that would have the effect of taking money out of circulation — the opposite of the Bank of England’s intention (stock photo)

Moreover, the reason why there may be some reluctance to invest on the part of banks is not because they are being perversely cautious. It is because the effects of the pandemic, and the policies taken by governments to deal with it, have been to depress consumer demand — and hence the profitability of businesses.

The risks in ‘forcing’ banks to lend in such circumstances is that they will make unduly risky investment decisions — which, actually, is what led to the credit crunch of 2008 — and it will also encourage savers to plunge funds into gold bullion. Which is hardly the way to reduce unemployment.

But all of this would happen without the involvement of any elected politician. The Bank of England has, as a result of Gordon Brown’s decision on becoming Chancellor of the Exchequer in 1997, autonomy in the setting of interest rates — this is what is meant by ‘independent central banking’.

Actually, the first Chancellor to advocate such a policy was my father, Nigel Lawson. But he failed to persuade Margaret Thatcher, the then Prime Minister.

In his book, The View From No 11, he wrote: ‘The advantages I envisaged sprang not from the illusion that the Bank of England possesses any superior wisdom . . .I was certainly not proposing to hand over responsibility to the Bank of England for it to interpret in any way it liked. 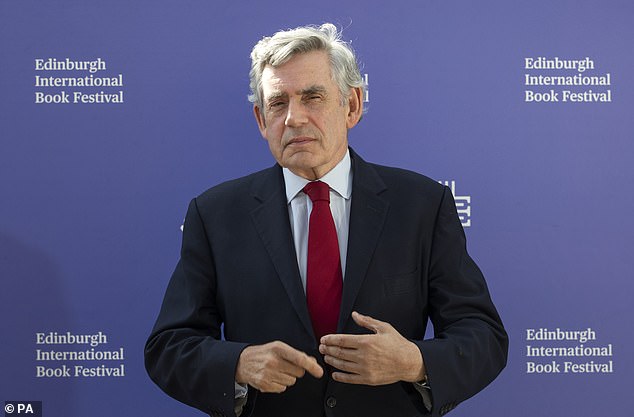 The Bank of England has, as a result of Gordon Brown’s decision on becoming Chancellor of the Exchequer in 1997, autonomy in the setting of interest rates — this is what is meant by ‘independent central banking’

‘I had in mind a Bank working under a completely new statutory framework, with an explicit statutory obligation to preserve the value of the currency . . .unlike ministers who are subject to political and electoral pressure, central bankers would be largely immune to such pressures.’

It’s certainly true that politicians in charge of a currency have shown themselves all too ready to debauch it. But it is hard to think of a more efficient way to make a currency lose value on the international markets than negative interest rates.

Indeed, this policy was adopted by the Swiss Central Bank some years ago because it wanted to drive down the value of the Swiss Franc, which it regarded as too high for the health of its own manufacturers. That is, emphatically, not an issue for British business.

I am not arguing that the Government should re-take control of interest rates. But there is a peculiar parallel in this with what had been happening with Covid policy. It appeared that our elected politicians had lost all power of independent policy making, and deferred completely to ‘the scientists’.

But as this column declared on April 6 (under the headline ‘Yes we need experts, but they are not the ones who will lead us out of this crisis’), elected politicians must in the end make all the tough decisions, based on their own understanding of the resources and capabilities of the people they govern.

If the big decisions are merely rubber-stamped by those we elect, what is the point of voting for them?

I suspect the politicians would secretly welcome the idea of any debauching of the currency flowing from negative interest rates. 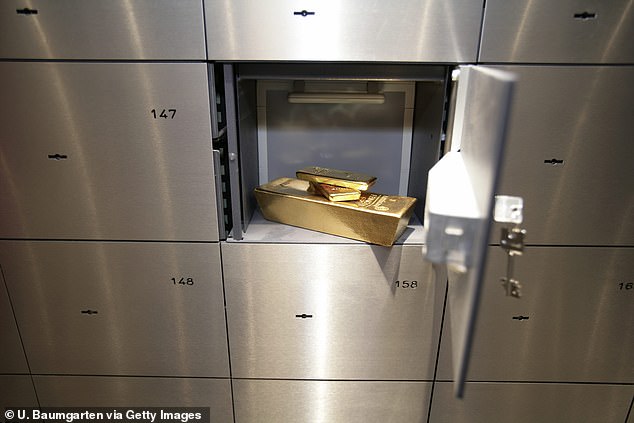 Meanwhile, I must get myself a safe deposit box. There will soon be a run on them (stock photo)

The Treasury’s debt now exceeds £2 trillion: any inflation-led decline in the value of the pound would reduce the burden of debt (since those borrowings are sterling-denominated).

Negative interest rates would have the same effect: they would amount to a transfer of wealth from savers to borrowers; and there is no bigger debtor than Her Majesty’s Government.

Such a policy most of all penalises older people, who tend to be savers. So when the young say they are suffering the most as a result of coronavirus policy, they should realise the older generation will not be getting a free ride: far from it.

Meanwhile, I must get myself a safe deposit box. There will soon be a run on them.

Those campaigning to legalise euthanasia in this country have taken encouragement from last week’s poll by the British Medical Association, suggesting some movement in its membership towards acceptance of such a policy.

However, the greatest support for the idea came from non-practising medics.

Among those actually in palliative care no less than 70 per cent of active practitioners declared themselves opposed to any change in the law.

Those on the side of so-called ‘assisted dying’ rely heavily on the assertion that people are forced by doctors to endure life-preserving treatments against their wishes. This is, to be blunt, either ignorant or dishonest. 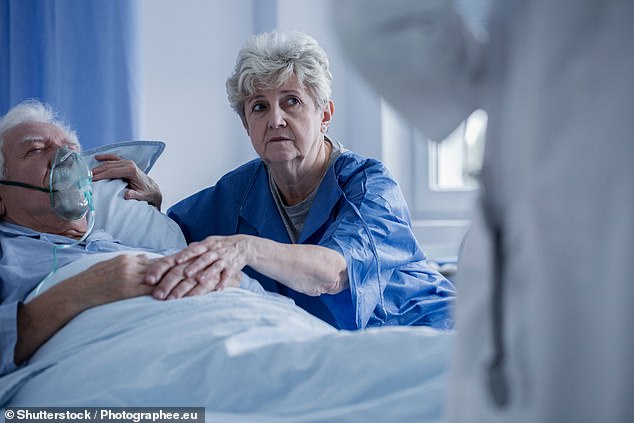 Those campaigning to legalise euthanasia in this country have taken encouragement from last week’s poll by the British Medical Association, suggesting some movement in its membership towards acceptance of such a policy (stock photo)

Yet it was perpetrated once again last week by a distinguished retired academic in a letter published prominently. Professor Norma Rinsler wrote: ‘My late husband, a retired doctor, endured treatment that he knew to be pointless, and suffered great pain and appalling indignities in his final weeks last year.

‘He wished that the doctors would let him go quietly but knew how unlikely that was. A change in the law would release both doctor and patient from a situation that is illogical and inhumane.’

In fact, doctors have absolutely no power, or right, to impose treatment on patients against their wishes. As the law stands, if a person is of sound mind, he or she can always refuse any medical intervention.

This, for example, is why Jehovah’s Witnesses are entitled to refuse to undergo a blood transfusion (it is forbidden by their religion), even when such a simple and painless procedure would be the only way to save their life.

If the law is changed, it should be based on the facts, not fiction — however much that fiction is propagated and believed.