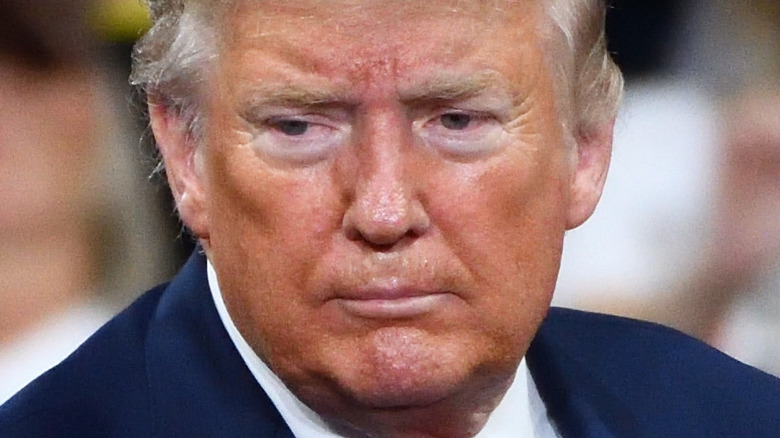 Anyone who thought that Donald Trump would quietly move on to other business once he was no longer president is now sadly mistaken. (And did anyone really expect him to?) In the eight months since he left the White House, he has stayed active as a supporter of fellow Republican politicians, a star speaker at CPAC and other conservative rallies, and an armchair critic who has no kind words for the Biden administration. He rails against the current president’s policies on immigration, the infrastructure, and other top issues from his personal website and on news outlets.

Just as he did during his own term, Trump gets plenty of flak for his opinions, too. When he blasted Megan Rapinoe and the U.S. Women’s Soccer team for the “woke-ism” that he claimed cost them Olympic gold, Twitter users took him to task for going against his own “America First” stance. His new “Trump Card” — a proposed token for his “strongest supporters” — drew laughter from sharp-eyed folks who noticed a misspelling on one of the card designs. But Trump’s most recent public statement about a vital issue may be one of his most infuriating yet. 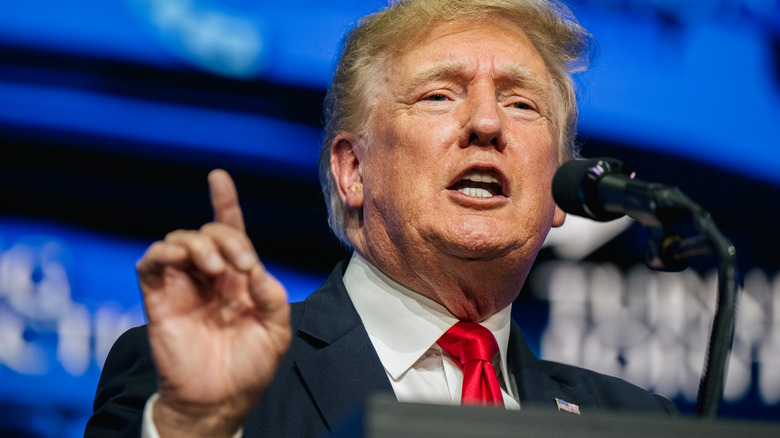 Appearing on an interview with Fox News’s Dan Bongino on August 7, the former president was asked his thoughts on the uptick of COVID-19 cases as a result of the Delta variant and other strains. Trump replied (via Mediaite), “Well, first of all, could you imagine if I were president right now and we had this massive attack from the coronavirus, you know, now they like to call it, they have new names and they have other new names … If that were me, they would say ‘what a horrible thing, what a horrible job.'”

Twitter exploded with reactions from outraged followers who remembered all too well how Trump handled the coronavirus when he actually was president. One user tweeted, “Wasn’t that called … 2020? I sort of remember almost half a million people died just last year.” Condé Nast’s Legal Affairs Editor Luke Zaleski called Trump’s response “layers of sick,” recalling how the former president downplayed and politicized the pandemic, even after becoming seriously ill with it himself (via Twitter). Still another user tweeted, “We don’t have to imagine. We lived through it. You didn’t handle it very well.” And one Twitter user wrote, “The rambling, unfettered flow of mouth diarrhea … just like when he imagined we could inject some kind of disinfectant as a cure.”