A hurricane-induced gas shortage in Louisiana prompted one man to shoot and kill another in line at a pump in suburban New Orleans on Friday afternoon.

The victim, Dwayne Nosacka, was seen confronting the driver of a white minivan who had cut ahead of his vehicle in line at a Chevron station, police said. While others tried to deescalate the situation, the minivan driver fetched a gun from his car and shot Nosacka once in the chest before fleeing the scene.

As Nosacka lay dying on the pavement, some people continued to collect fuel, Jefferson Parish Sheriff Joseph Lopinto told local reporters on Friday, saying, “Obviously, there were a lot of witnesses.”

The department announced Saturday it had arrested 20-year-old Walter Sippio, a New Orleans resident, on one count of second-degree murder.

“It’s unbelievable that people can’t act like adults in this situation,” the sheriff said in frustration.

“If you’re out of town, stay out of town for a couple of days,” Lopinto said, adding, “It’ll get better. It will.” 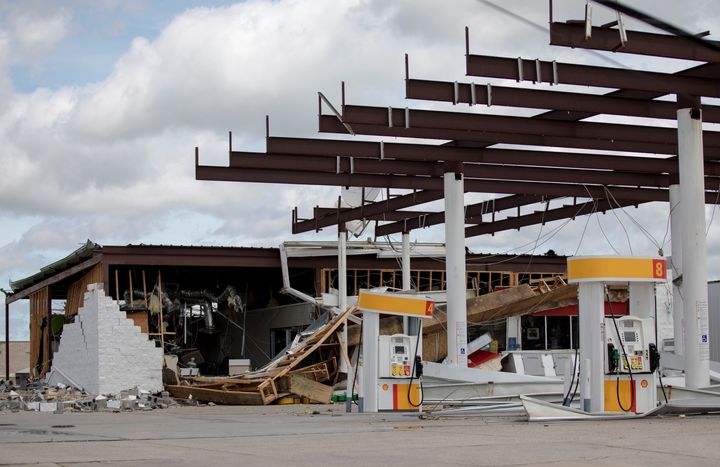 Louisiana has struggled to procure enough fuel to power recovery efforts after being walloped by Hurricane Ida earlier this week, resulting in stubbornly long lines during a heat wave that has sent temperatures into the 90s. Many residents have been relying on gas-powered generators to get through power outages caused by the storm; nearly 900,000 people were still without power across Louisiana as of Thursday.

There have been reports of shouting and arguments breaking out at gas stations in the New Orleans area as some people filled multiple containers with gas and others allegedly cut in front. Lopinto said he has been sending deputies out “from place to place to place” responding to such disturbances.

“Hostilities are high around here. For anybody to bring a gun to a gas station ― it’s not needed,” Lopinto said. “I have no doubt that we’re going to solve this crime, but nobody needed to lose their life over frickin’ gas today, and that’s what it comes down to.”

Louisiana Gov. John Bel Edwards acknowledged this week that the fuel shortage “is impacting all of our recovery efforts.”

A majority of gas stations in major metropolitan areas ― Baton Rouge, Lafayette and New Orleans included ― were still out of gas as of Saturday, according to GasBuddy, which tracks fuel usage.

President Joe Biden directed Department of Energy Secretary Jennifer Granholm on Thursday to “use all of the tools at her disposal, including using the Strategic Petroleum Reserve, to keep gas flowing to the pumps” amid hurricane relief efforts. Biden visited Louisiana to observe damage and relief efforts on Friday.