Back to nature! Kensington Palace share unseen pictures of the Duchess of Cambridge tending to her Chelsea Flower Show garden with just one week left until the big REVEAL

With less than a week left until the Duchess of Cambridge’s unveils her garden design for the Chelsea Flower Show, it’s time for the final touches to be made.

Over the past few months Kate, 37, has worked with the Royal Horticultural Society and Davies White to produce the plot for the annual gardening event.

In the images Kate is seen inspecting hand-drawn plans, chatting with designers and choosing plants to include in the garden. 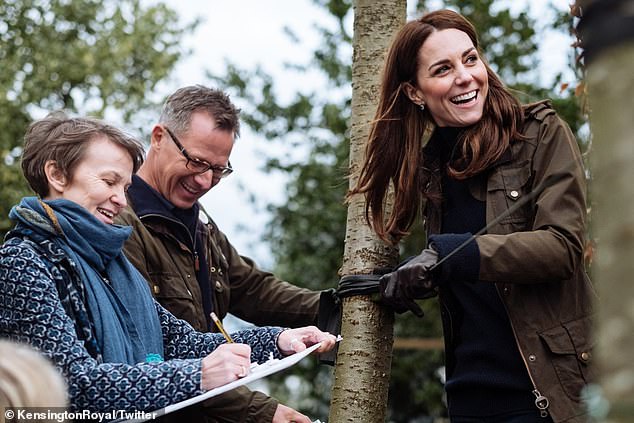 The Duchess of Cambridge, pictured with landscape designers Andree Davies and Adam White, is seen discussing plans for her Back To Nature garden at the Chelsea Flower Show 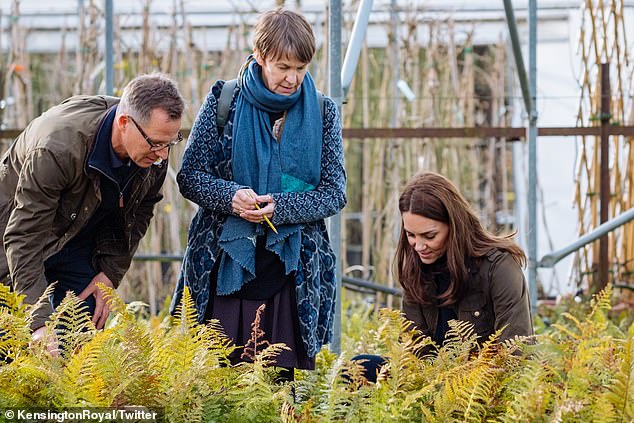 Kensington Palace revealed that Kate, pictured with the designers from landscaping company Davies White, visited plant nurseries and suppliers in the lead up to the prestigious show

The tweets revealed that in the lead up to the show the Duchess has been very hands on and visited plant nurseries, suppliers and specialist craftspeople.

Kensington Palace tweeted: ‘Over the past few months, The Duchess and landscape architects Davies White visited plant nurseries, suppliers and specialist craftspeople who have been growing and building elements of the garden ready for RHSChelsea.’

Kate’s garden design – called the RHS Back To Nature Garden – is set in a woodland and hopes to be a space where families and communities can connect with nature.

There will be a stream and tree house complete with a swing seat, so that children can play while visiting the garden. 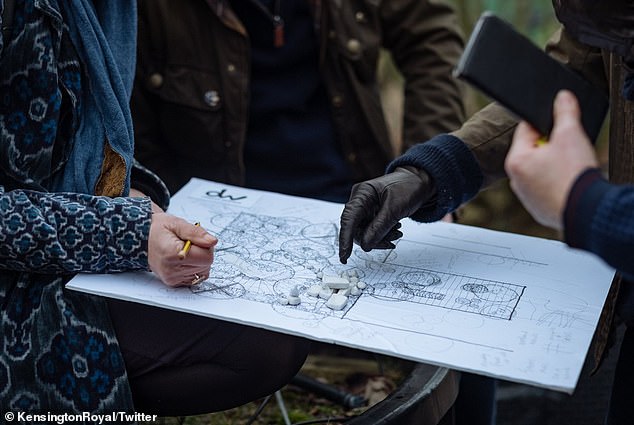 Kate worked on the plans, pictured in a previously unseen picture today, and wanted to try and   highlight how being active in nature can positively impact physical and mental health 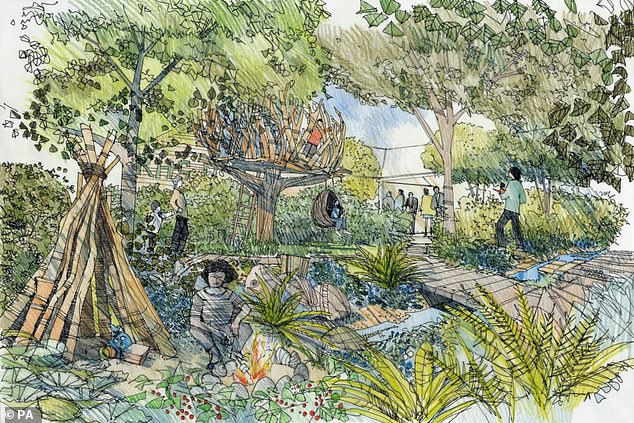 Kate’s garden design for the Chelsea flower show, pictured, features a tree house and stream and is supposed to be a space where families and communities can connect with nature

The Duchess also wanted to highlight how being active in nature can positively impact physical and mental health in her garden plan.

When plans for the garden design were released Sue Biggs, RHS Director General, said: ‘There are many sensory elements to help children to learn.’ 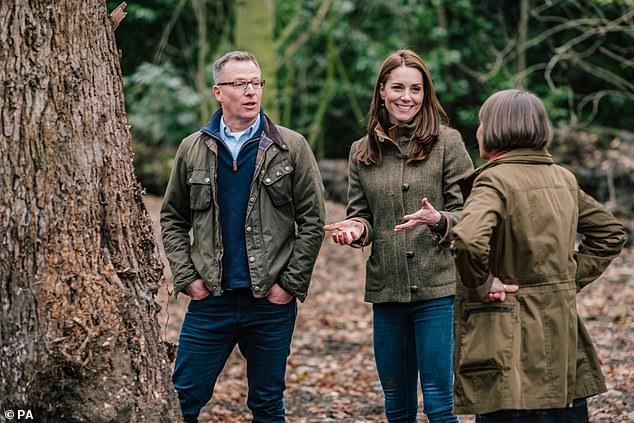 The Duchess of Cambridge with Andree Davies, right, and Adam White, left, of Davies White Landscape Architect, discussing plans for her Back To Nature garden 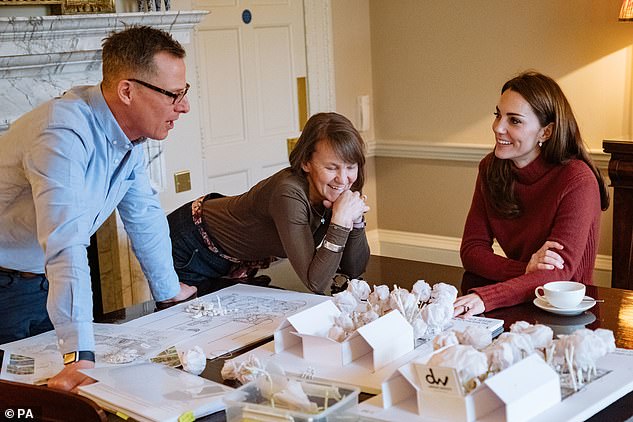 The garden aims to get people back to nature and highlight the benefits of the natural world on physical and mental wellbeing. Kate is pictured with the landscapers discussing plans 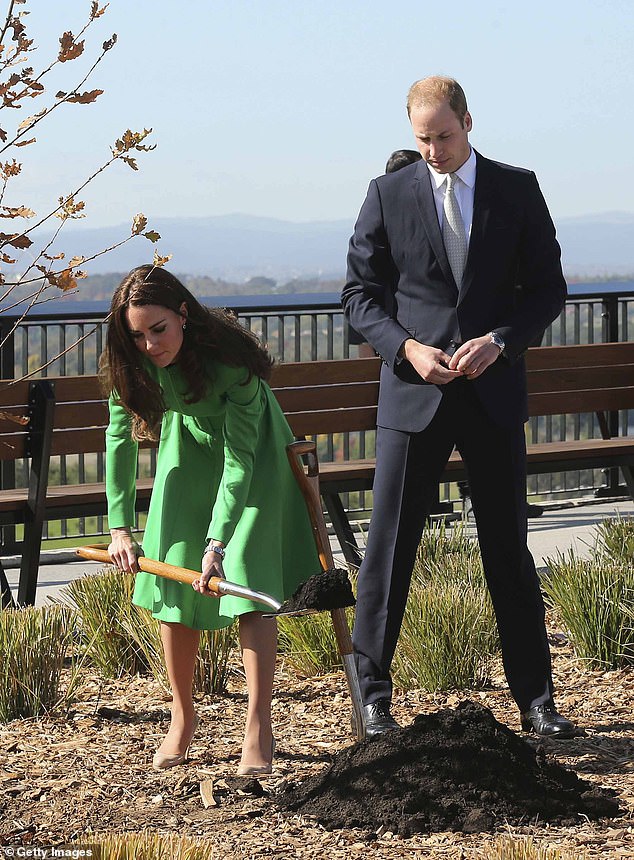 Kate has worked with the RHS and Davies White on the garden. Pictured: Kate and Prince William plant a tree during their visit to New Zealand in 2014

‘Active play in the fresh air is also important for a child’s development and getting back to nature has been shown to be good for developing creativity, increasing physical activity and reducing stress.’

Kate is a strong advocate for the positive impact that nature and the environment can have on childhood development.

She has demonstrated this through her longstanding support for organisations including the Scouts and Farms for City Children, as well as at more recent engagements to Sayers Croft Forest School and Wildlife Garden, the RHS Campaign for School Gardening, and her visit today to Islington Community Garden.