A PETITION calling for the government's 50 per cent off meal deal to be extended beyond August has been launched by diners in a bid to save thousands of jobs.

The Eat Out to Help Out scheme, which sees the state pick up half of the bill, is due to end next Monday. 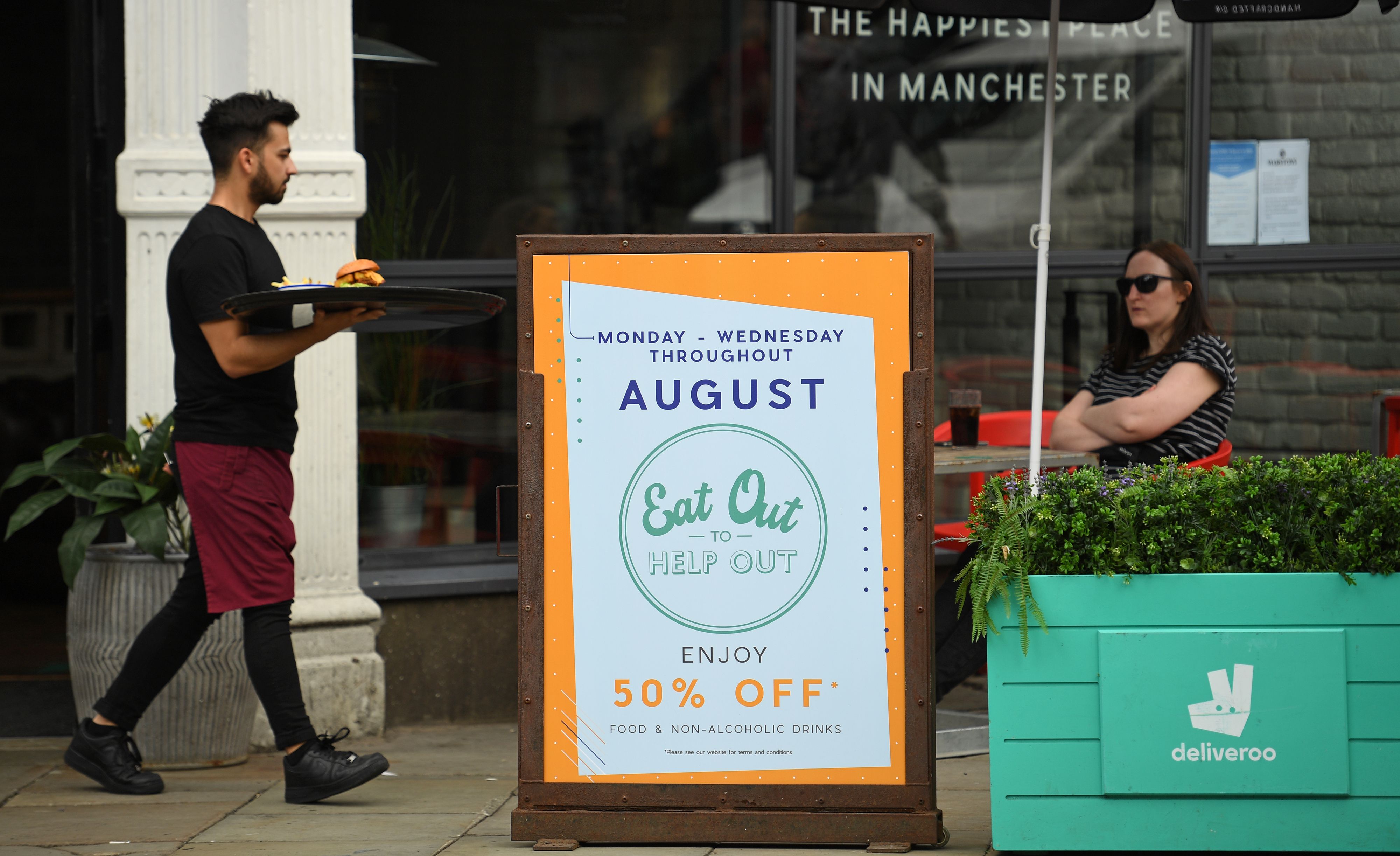 The Chancellor's scheme has been running every Monday, Tuesday and Wednesday throughout August and has served up 64million meals so far across 87,000 restaurants, according to the latest Treasury figures.

The incentive was launched to get Brits eating out again to boost the economy and support the hospitality industry, which has suffered huge blows since the pandemic lockdown.

But Rishi Sunak faces new calls to continue running the scheme throughout September or risk thousands of pub and restaurant jobs being axed.

Around 14million employees in the hospitality sector were put on the furlough scheme in March but only around a third of them have returned to work. 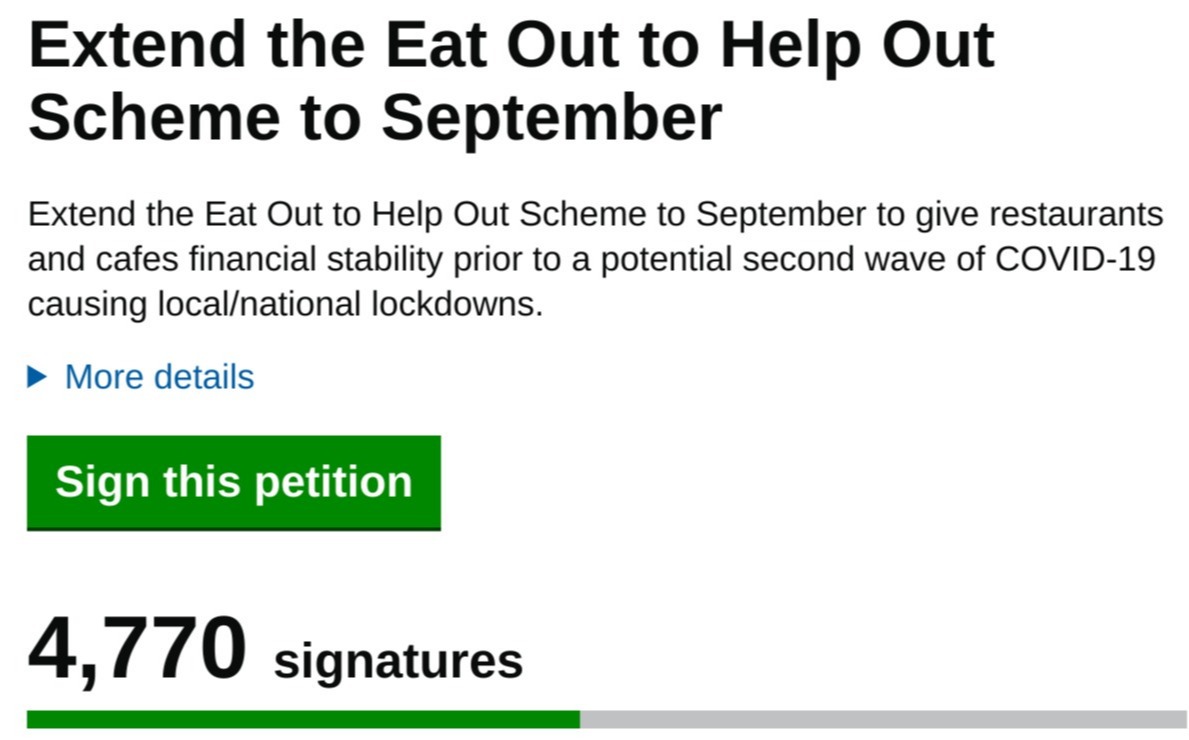 The petition has so far gained more than 4,700 signatures since launching on Parliament's dedicated site earlier this month.

The description reads: "Extend the Eat Out to Help Out Scheme to September to give restaurants and cafes financial stability prior to a potential second wave of COVID-19 causing local/national lockdowns."

It needs 10,000 signatures for the government to respond and at least 100,000 people to sign up before it will be considered for a debate in the Commons.

Restaurants who have registered with the discount scheme can halve the bill, up to £10 per person and excluding alcoholic drinks, and then claim it back from the government.

Finance group KPMG believes that the fact the initiative is even running at all is a sign of the epic challenges all consumer businesses now face.

The Federation of Small Businesses (FSB) believes that eateries will struggle to keep customers coming back once the scheme ends.

It argues that the initiative should at least be continued in areas that have experience local lockdowns and plans should be made to reintroduce the scheme if the economy stalls again.

How does the Eat Out to Help Out scheme work?

THE government will cover half of the cost of a meal out, up to £10 a head, including children’s meals.

There is no limit to the number of times you can use the discount, so in theory you can get half price meals on every Monday, Tuesday and Wednesday in August.

Businesses will need to register with the scheme on Gov.uk before being able to offer the discount, as well as be Food Standards Agency approved.

Instead of issuing discount vouchers – which the government felt increased the risk of fraud – restaurants, cafes and pubs will be able to claim back the cash.

The refund will then been transferred into restaurants, cafes and pubs' bank accounts within five working days.

FSB chair Mike Cherry said: "These remain difficult times for the small business community, with the stress and strains of this crisis continuing to be felt.

"That’s why we urge everyone to show support for their favourite small firms at every opportunity."

Sadly, it doesn't look like there are any plans to extend the scheme.

A treasury spokesperson told The Sun: "Part of this popularity is precisely because it is a time-limited scheme – this reminds and encourages people to safely return to going out.

“The scheme complements a wider package of hospitality support that goes beyond August, including cutting VAT to 5 per cent, paying the wages of furloughed staff, business rates relief and billions in tax deferrals and loans – all helping to protect nearly 2 million jobs in the hospitality industry.”

So far, the coronavirus pandemic has claimed thousands of hospitality jobs.

The Restaurant Group, which owns Frankie & Benny's, Garfunkels and Chiquito, said it won't be reopening around 120 branches putting 3,000 jobs at risk.