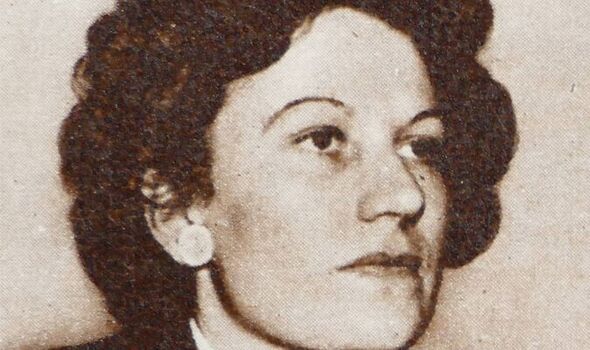 The reclusive former nurse was an unassuming person about whom her neighbours knew very little, and it was several days before her body was discovered. And Eileen’s death in September 2010 might not have been more widely noted. Unknown, penniless and apparently unmourned, she was due to be given a “pauper’s funeral”.

But then Torbay Council staff, searching her flat for details which might lead them to her next of kin, noticed a medal in a box.

The square cross on two crossed swords was none other than the Croix de Guerre, the French decoration for valour commonly bestowed on military allies.

Further research, and revelations among papers found in the flat, revealed it was awarded to Eileen for serving in Occupied France during the Second World War. She was an undercover Allied radio operator working under the codename “Rose”.

Despite surviving incarceration and torture in a Nazi concentration camp, Eileen – known as Didi for most of her life – kept her time as an agent for the Special Operations Executive (SOE) to herself after retiring to Devon.

Her story made headlines around the world and she was given a funeral fitting her heroism.

Civic dignitaries and VIPs flocked to a requiem mass.

French Consul-General Edouard Braine said: “We are here to show our gratitude to someone to whom we owe the freedom of our country. Without efforts like hers, France would not have been liberated.”

Now her story has inspired the character of Betty, the fictional beating heart at the centre of Louise Morrish’s latest novel, Operation Moonlight.

“It’s only when her carer uncovers a gun in Betty’s cellar that her secret life in the war comes to light,” says Louise, a librarian whose debut novelThe Coffin Club won the 2019 Penguin Random House First Novel Competition.

“It was the same for Eileen, whose story was pieced together by historians who became involved following intervention by Torquay council.”

Born in London in March 1921, Eileen’s father was English and her mother Spanish. In 1923 the family moved to France but, following the German invasion in 1940, when she was 19, they made their way to London through Spain, arriving in 1942. 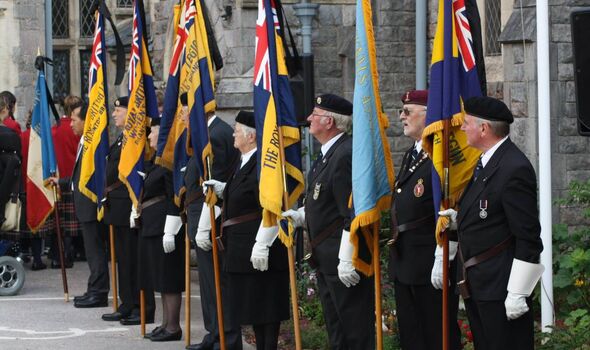 Initially offered a role in the Women’s Auxiliary Air Force, which she declined, Eileen was soon recruited by the SOE.

This was the clandestine organisation nicknamed “Churchill’s Secret Army”, formed to carry out intelligence and sabotage missions in enemy-occupied territories.

The F (French) section, headed by Maurice Buckmaster and assisted by Vera Atkins, initially drafted men through the old-boys network or the military to become secret agents. But as the war progressed, it became increasingly difficult for male agents to infiltrate occupied France.

“Able-bodied men of working age were forced by the Nazis to endure compulsory labour, so the SOE needed a new plan,” says Louise, who visited the old SOE training grounds in Arisaig, Scotland, as part of her research.

In 1942, in an unprecedented move, fluently-bilingual women were recruited secretly into the organisation. After training, and before undertaking their missions, the women were equipped with false IDs, weapons, and, in some cases, an L pill, sometimes concealed in a lipstick.

“The L stood for lethal, and was intended for use as a last resort if the agent was captured with no chance of escape,” Louise explains.

She said the policy of recruiting women shocked and angered some people at the time, not least because they would not be protected by the Geneva Convention.

“If they were caught by the enemy, they could not expect to be treated as prisoners of war.”

This insight was to prove chillingly prescient. In 1944, just after Eileen Nearne had transmitted a message to London, the Gestapo raided the Paris apartment where she was working.

She managed to burn the messages and hide the transmitter and coding pad before her arrest.

In the years after she returned home from France, Eileen rarely spoke about what happened to her at the hands of the Gestapo during her interrogation.

However, she did speak during the official debriefings after the war, documented in the National Archives, when she revealed she had been stripped naked and repeatedly submerged in icy water.

A torture intended to induce a feeling of suffocation, she recalled repeatedly blacking out due to a lack of oxygen. Yet, despite being beaten and suffering further indignities, she revealed no shred of information that would compromise her colleagues.

She managed to convince her interrogator she was a naïve Frenchwoman, Jacqueline Duterte, helping a businessman transmit messages she did not understand.

The SOE, authorised in 1940 by Churchill “to set Europe ablaze”, recruited and trained more than 400 British secret agents, 39 of them French-speaking women who ranged in age from 19 to 51.

Twelve female members of the SOE were executed, while one died of meningitis during her mission. Eileen Nearne was lucky to survive. In her first months with the SOE she was a London-based signals operator dealing with communications from field agents.

In March 1944, however, she was parachuted into occupied France together with her colleague, a commander in the French army known as Jean Savy.

Her mission was to help Savy set up and maintain the Paris intelligence network known as “Wizard”. A mistake in the field could have cost their lives. “The risk was so high,” says Louise.

“The simplest error could have proven fatal, such as asking for milk in coffee – everyone drank their tea and coffee black in France at that time due to rationing… wearing the wrong clothes, lighting up a cigarette in public, as there was no ration for tobacco.”

The key to survival was avoiding unwanted attention.

While Louise’s fictional character is a composite of Eileen and several other real-life agents, every aspect of her SOE training and the dangerous conditions she endures in France is based on historical fact.

“The women trained alongside male agents in the wilds of Scotland, learning how to blow things up, exist in the wild, navigate and find food,” says Louise.

“They did everything the men did, but when it came to jumping from a plane women were only expected to make three practice jumps, the fourth being in France.

“The men, however, performed an additional night jump and thus were awarded their ‘wings’.”

The final stage of training, known as Finishing School, took place at various stately homes such as Beaulieu in Hampshire.

Here, agents honed their skills in espionage and evading capture by the Southampton police, in readiness for their real missions in France.

The women were also trained by two ex-Shanghai policemen, Eric Sykes and William Fairbairn, who taught them how to use their customary, double bladed combat dagger.

“Compact but totally lethal,” says Louise, who underwent some of the training using Sykes and Fairbairn techniques. 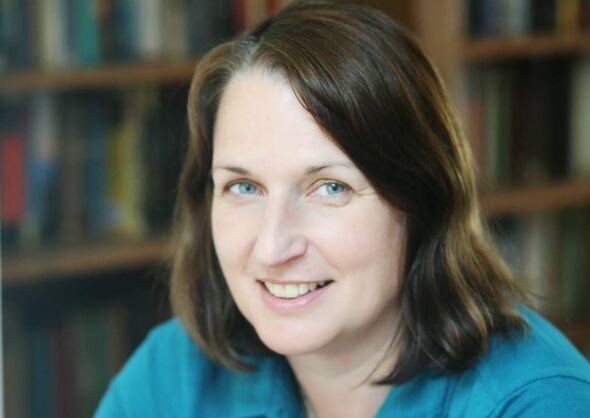 The women were also taught how to kill silently, by strangulation and other means. Eileen, however, never got to use these aspects of her training.

After her interrogation she was sent to women’s concentration camp Ravensbruck, north of Berlin, where her head was shaved and she was put to work.

After six months’ hard labour she was transferred to another labour camp near Markkleeberg.

In April 1945 she ran away while her squad was being marched through a forest. Meeting advancing US forces, she had to convince them she was not a German spy.

Back in the UK she was quietly appointed MBE and received her Croix de Guerre from the French.

After the war, Eileen spent 30 years as a nurse and retired quietly to her Devon flat where she told no one about her wartime exploits. She did not marry.

“Some of these brave women were posthumously awarded the George Cross, films were made about a couple, but the vast majority literally slipped back into their civilian lives,” says Louise.

Most, like Eileen, took their loyalty and discretion to the grave. Operation Moonlight by Louise Morrish (Cornerstone, £14.99) is out now.