Elvis and Priscilla Presley divorced four years before his untimely death, but the love they shared never waned.

“I truly cherish the great times. As you grow up, there are always fears and insecurities. But as you get older you understand it all,” Priscilla said in 2021.

The entrepreneur first met the famous crooner in 1959 at just 14 years old while he was serving in the army overseas in Germany. “He was fun to be with,” she told Good Morning America in June 2022. “We had fun everywhere we went.” 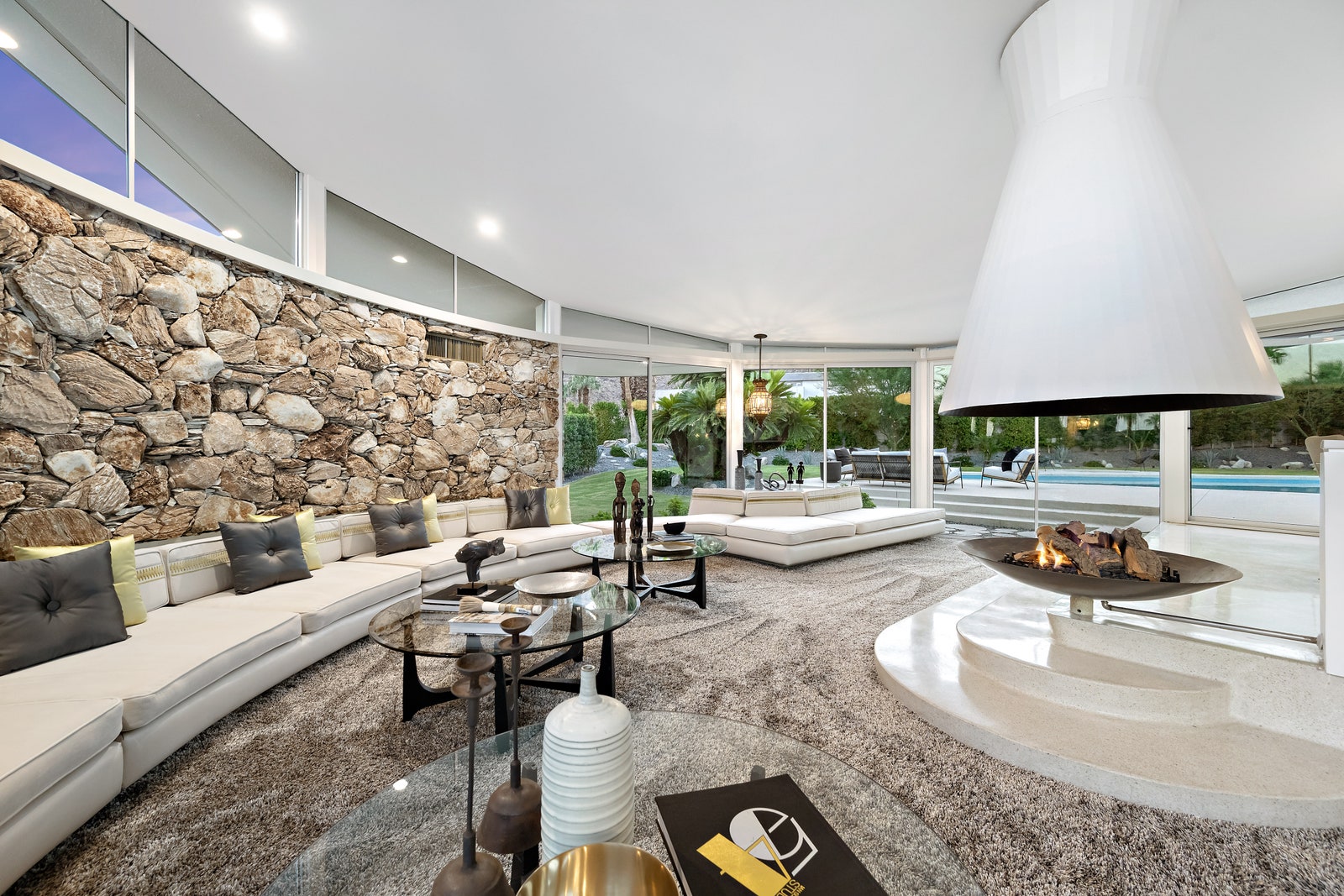 Recently, The California home where newlyweds Elvis and Priscilla Presley spent their honeymoon in 1966 has hit the market for $5.65 million.

Made up of four bedrooms and five bathrooms, the Palm Springs abode re-listed after a two-year renovation project, the Wall Street Journal reported.

The couple had rented the home for about a year before their wedding. After tying the knot in Las Vegas on May 1, 1967, they decided to spend their honeymoon at the residence. 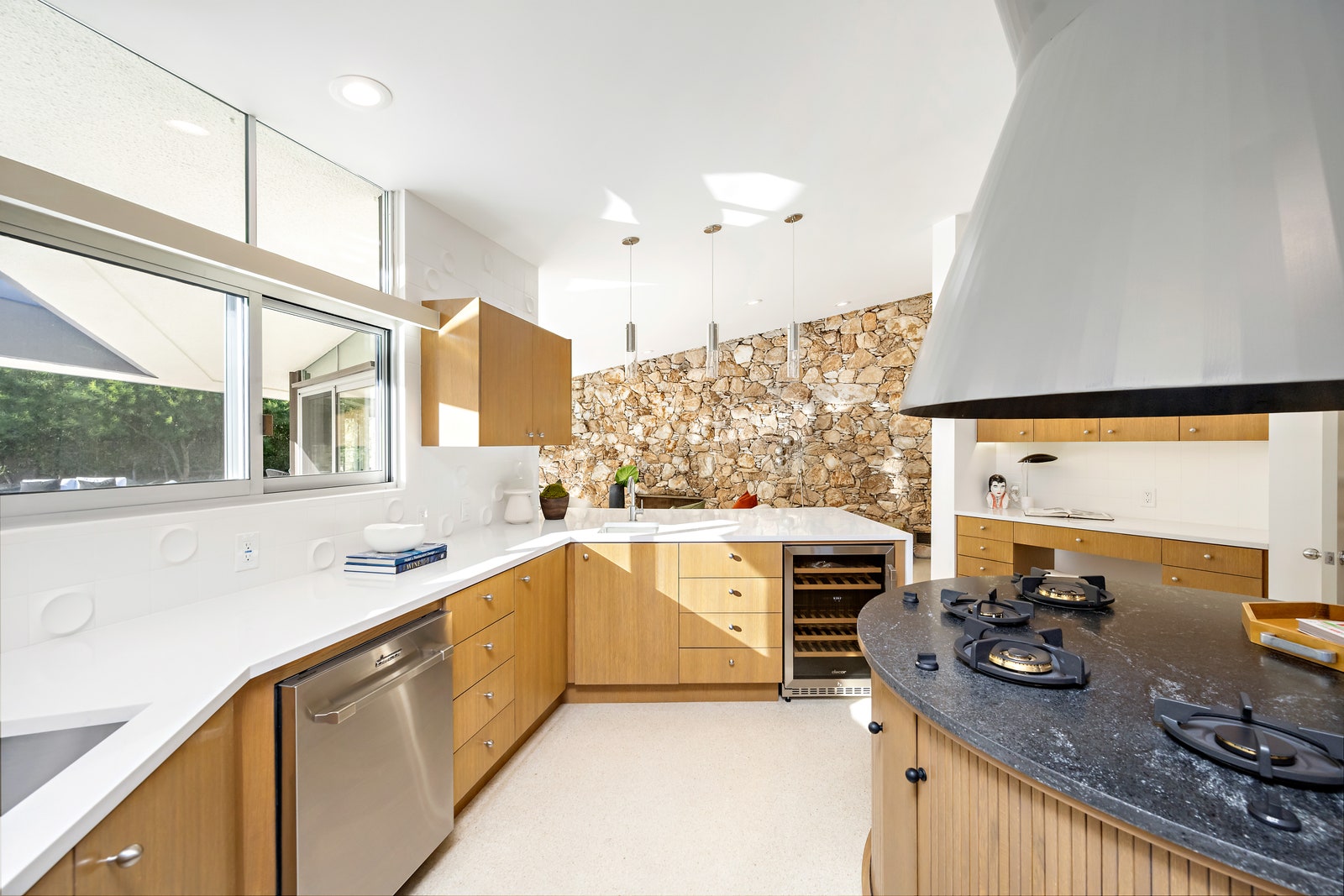 Now an established landmark drawing in Elvis fans and architecture aficionados, for whom mid century modern-heavy Palm Springs is an oasis, the sellers are Seattle-based investors Dan Bridge and Paul Armitstead.

With its round-shaped walls and batwing-shaped roof, Bridge said it reminded him of a stealth bomber.

The rock and roll icon and Priscilla were first set to marry at the house, but changed their plans to Las Vegas after a local columnist got wind of their plans. Frank Sinatra loaned them a jet to return back to the home after the ceremony, according to the book,

“And the Rest Is History: The Famous (and Infamous) First Meetings of the World’s Most Passionate Couples,” by Marlene Wagman-Geller.

“The spaceship-like dynamic winged roof line shelters four circular pods with the center of the house fanning out from the dramatic stepped waterfall,” the listing notes. 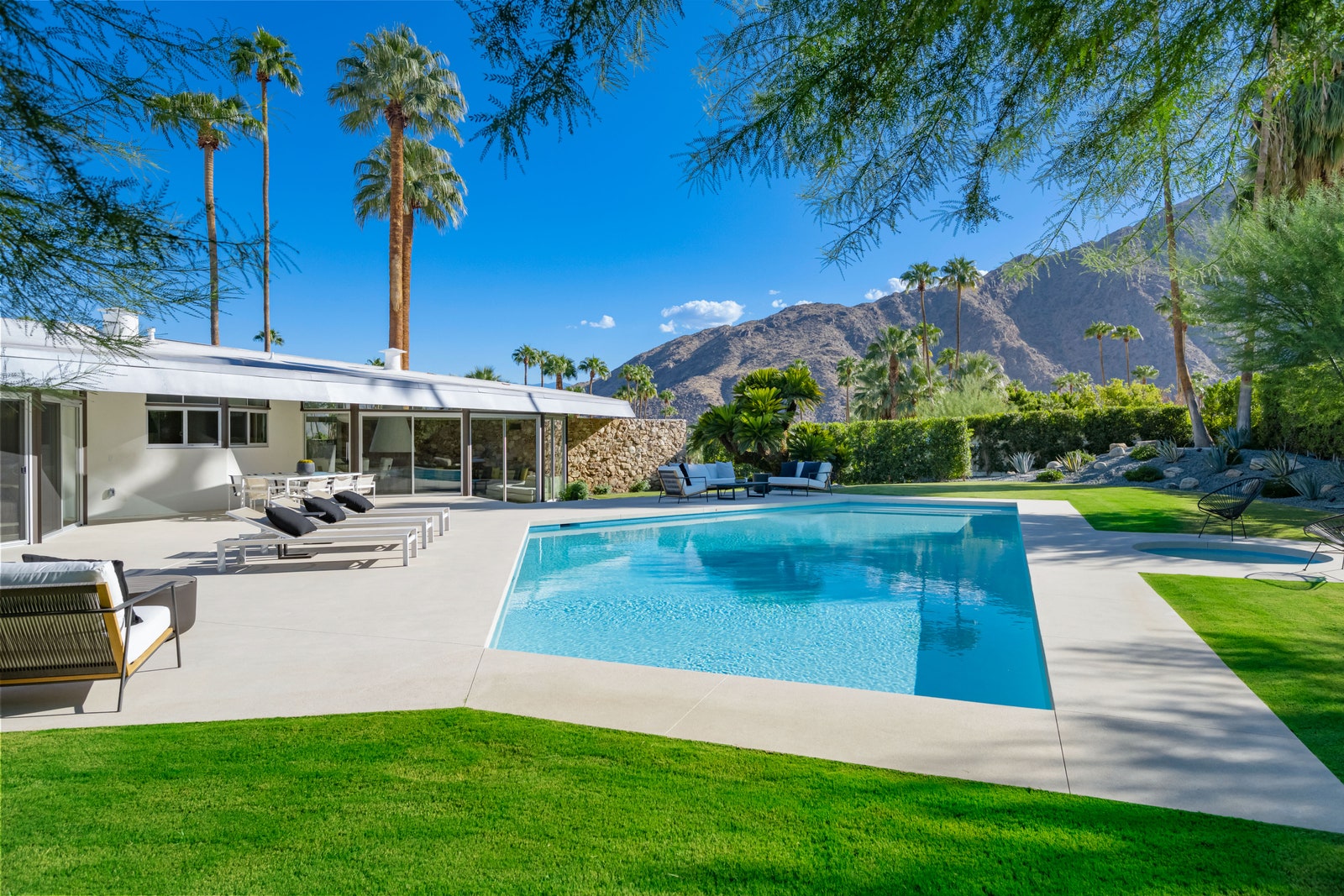 In 1962, Look Magazine — a now-defunct biweekly general-interest publication — called the futuristic design of the home the “House of Tomorrow.”

According to the Wall Street Journal, Elvis fanatics and midcentury design aficionados with a spare $5.65 million will want to turn their attention to Palm Springs. The home where Elvis and Priscilla Presley celebrated their honeymoon, known as the “House of Tomorrow,” just hit the market. The 4,695-square-foot, four-bedroom, five-bathroom structure sports a unique profile made up of four circular sections under a dramatically angular sloped roof, designed by Modernist architect William Krisel, who was known for his innovative tract housing.

The contemporary-style home was built in 1960 for Bob Alexander, who owned a construction company that developed thousands of homes in Palm Springs and the nearby Vista Las Palmas. At the time, the home was heralded as a landmark representing the future of home design. Its electronic temperature controls and outdoor lighting and sprinkler systems were cutting-edge for the era. In 1962, Look magazine described the structure as a “$300,000 pleasure dome that proves California has only begun to show how luxurious things can be on this planet,” per Architectural Digest

Last purchased for $2.6 million in 2020, the house underwent extensive renovations and restorations over the last two years while staying faithful to its original design, earning a historic site designation. Inside, the midcentury abode’s circular rooms are lined with exposed-rock walls and floor-to-ceiling glass. A 60-foot-long cream couch follows the living room’s curvature, enveloping a floating hearth topped by an eye-catching beaker-shaped white steel fireplace hood that juts out of the ceiling. A matching hood tops the circular kitchen island, which houses five gas burners and is lined in light wood paneling. A connecting living room boasts a fireplace and opens to the pentagon-shaped pool outside via sliding glass doors. 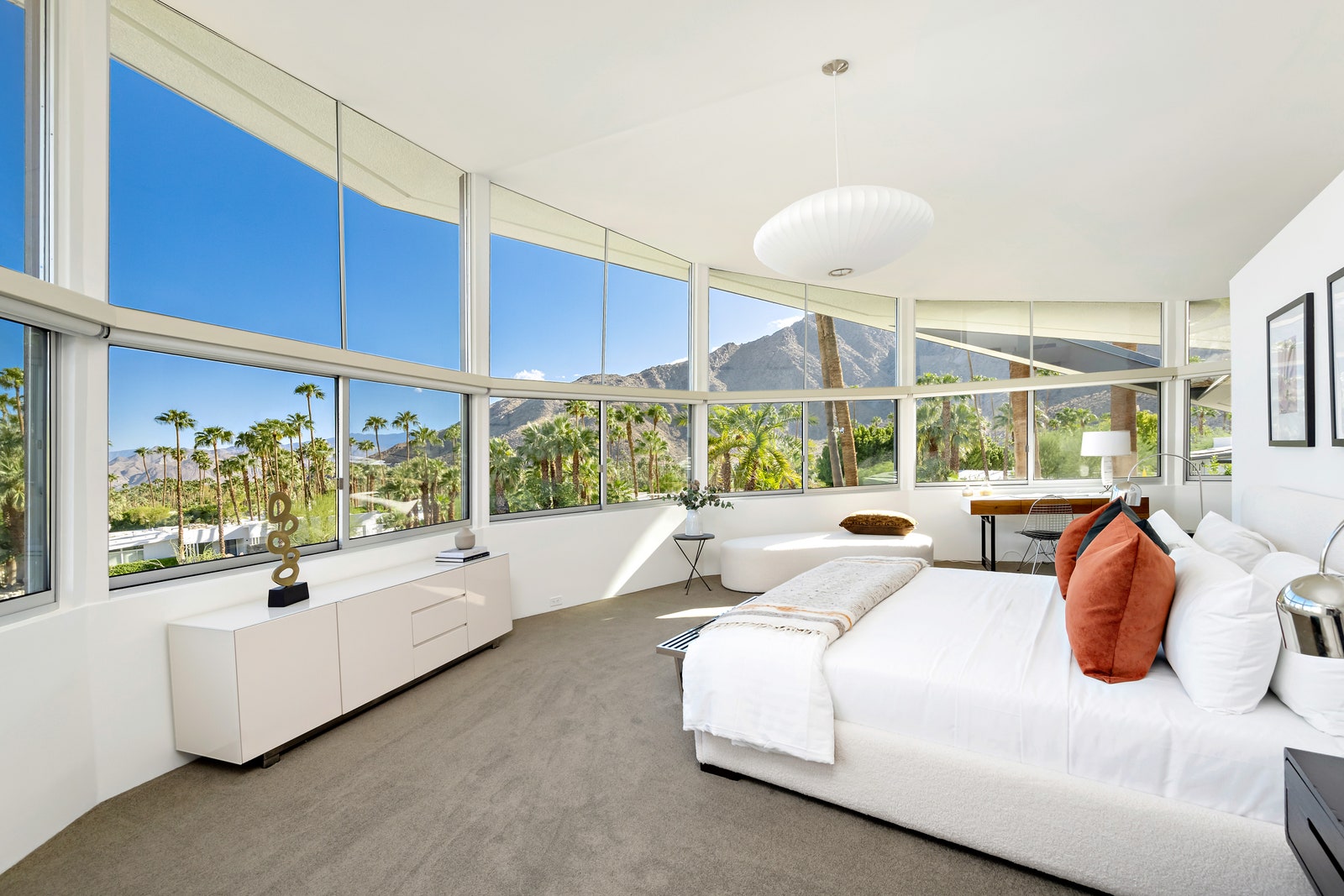 Upstairs, the primary bedroom is lined with windows, offering sweeping views of the palm-tree-dotted property and nearby mountains. The ensuite bathroom is, of course, centered by a large circular bathtub..

READ NEXT: Harry Styles Canceled His First-Ever Show In Chicago