Weak enforcement of environment laws over the past decade has permitted habitat destruction that displaced or killed tens of millions of native animals, including thousands of hectares of threatened species habitat.

A report to be released on Friday by World Wildlife Fund ecologist Martin Taylor found between 2010 and 2018 at least 3.7 million native mammals, 6 million native birds, and 20 million native reptiles were pushed out of their ranges or perished due to habitat loss. 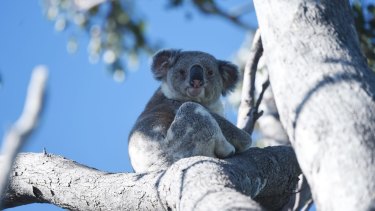 Land clearing of threatened species habitat not been assessed under national environment laws is a key threat to biodiversity. Credit:Nick Moir

This week three crossbench senators said they would withhold their crucial votes on a Morrison government bill that would hand Commonwealth responsibilities for environmental assessments to state governments.

The changes to the Environment Protection and Biodiversity Conservation (EPBC) Act, which have already been approved in the lower house, are set to be debated in the Senate as soon as next week.

Tasmanian Senator Jacqui Lambie said on Wednesday it was a "real worry how the states are going to handle" the extra work, and she was not prepared to support the bill until a Senate inquiry was completed, as South Australian senators Rex Patrick and Stirling Griff are also demanding.

Dr Taylor's analysis was limited to NSW and Queensland, which accounts for the majority of Australia's deforestation.

"These losses could or should have been prevented if the EPBC Act were effective and properly enforced in regard to the threatened species and ecosystems present in the areas destroyed," the WWF report said.

Dr Taylor said animal deaths "could have been avoided if the law had been adhered to and enforced".

The EPBC Act requires the federal government to assess the impacts of proposed land clearing on threatened species, but very few applications are scrutinised. Between 2000 and 2017, 93 per cent of the 8 million hectares of threatened species habitat which was cleared was not assessed, according to study by leading Australian ecologists.

Analysis by the Australian Conservation Foundation published in July found only 10 per cent of the 160,000 hectares of known and likely koala habitat cleared between 2012 to 201 was reviewed by the federal government.

University of Sydney Professor in terrestrial ecology Chris Dickman reviewed WWF's report. He said the findings emphasised the need for law changes to include a new independent environment regulator – which the federal government has ruled out.

"The staggering number of wildlife that Australia has already lost due to inadequate regulation of the EPBC Act highlights that without an independent cop on the beat, we will not reform Australia’s nature laws," Professor Dickman said.

The most important news, analysis and insights delivered to your inbox at the start and end of each day. Sign up to The Sydney Morning Herald’s newsletter here and The Age’s newsletter here.