The great writer G.K. Chesterton once observed that the Christian ideal has not been tried and found wanting. It has been found difficult and left untried.

This is the same absent-minded genius who once telegraphed his wife: “Am in Market Harborough. Where ought I to be?”

It’s a question many Australians should perhaps ask of ourselves. As our nation forgets its cultural history and moves away from Christianity, more of us have little idea of what we are really rejecting – it’s much richer than a bearded old man enthroned on the clouds. 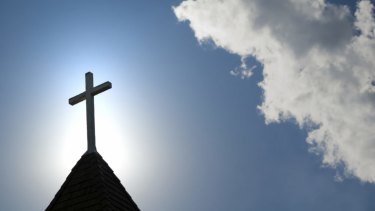 In moving away from Christian ideals, many have little idea of what they are rejecting.

I want to rebut three myths and misunderstandings generally abroad in the culture, for which, I have to admit, Christians bear some of the blame.

First is the idea that Christians think they are good people, entitled to sit in judgment because they are morally superior. Of course, like everyone else, they do sometimes think they know better about building a flourishing life or society. But every genuine Christian who has understood the biblical teaching knows that he or she is fallible, sometimes selfish, inclined to self-deception and in need of redemption (just like everyone else).

The old slogan “Christians are not perfect, just forgiven” became a cliché, but that’s because, like many clichés, there’s a large element of truth.

Another misconception, sometimes shared by believers, is that Christianity is about following rules. It suggests Christian life is a joyless daily parade of dutiful self-denial, and that Christians not only deny themselves fun but want to stop everyone else as well.

Jonathan Edwards, the 18th century American philosopher and theologian, argued the opposite, that Christians should enjoy life more than most because they freely enjoy the gifts of God through the senses which he gave them.

Edwards wrote: “God has given us of his redundant bounty many things for the delight of our senses, for our pleasure and gratification. Religion is not a thing that makes these things useless to us, nor does it cut us off from the enjoyment of them.” (In moderation, of course.)

The third myth, much the most common and important, is the idea that God will – or ought to – be happy enough if I lead a reasonably good life and try to do more good than harm. The New Testament is very precise that none of us gets to heaven on our own merit – none of us is perfect, free from greed or selfishness or anger.

The Gospel story is that God did not leave us in our helpless state, but intervened in the form of Jesus Christ, so that whoever trusts in him will have eternal life. That certainly involves trying to live a moral and generous life – but out of gratitude, not to win favour.