NEW YORK (Reuters) – A German woman who posed as a wealthy heiress to scam New York hotels, fashionable friends and banks with a blizzard of forged documents was sentenced to four to 12 years in prison on Thursday after a jury convicted her of fraud last month. 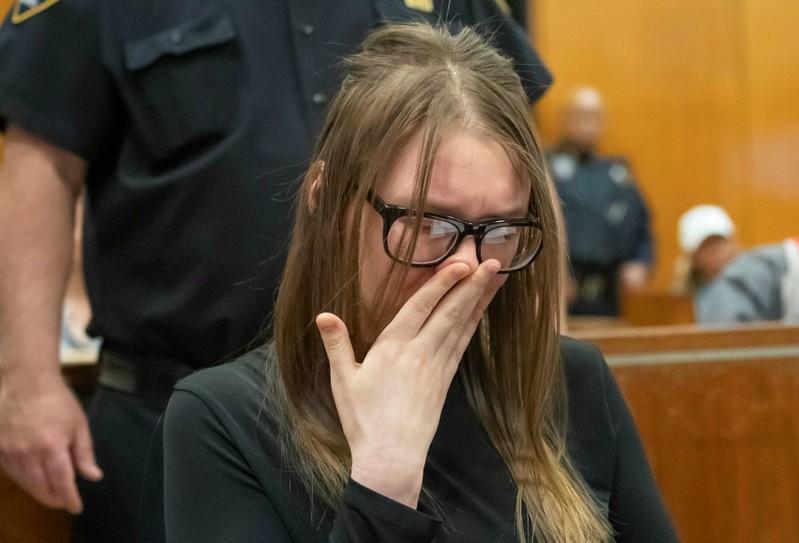 Anna Sorokin, 28, was better known to her Manhattan friends as Anna Delvey, a would-be socialite decked out in expensive clothes whose credit cards came back declined with unnerving frequency despite her talk of having a trust fund.

“She wanted everything that big money could buy, except that Ms. Sorokin didn’t have big money,” Kiesel said in court, decrying Sorokin’s taste for Sancerre wine and private jets. “All she had was a big scam.”

Prosecutors say Sorokin stole $275,000 from others while pretending she had a fortune of 60 million euros ($67 million) through multiple acts of glamorous grifting in 2016 and 2017.

Sorokin has already spent more than 500 days in jail. She appeared in court in handcuffs wearing a black dress, black shoes and glasses with thick black frames.

Prosecutors pointed to her use of a stylist to pick out outfits for her trial as evidence that Sorokin lacked remorse.

“The only time she showed emotions was when she was crying because she was upset about the clothing she had received from the Department of Corrections,” Catherine McCaw, a prosecutor with the Manhattan district attorney’s office, told the court.

Sorokin, who was born in Russia before moving with her family to Germany as a teenager, spoke only to say she wanted “to apologize for the mistakes I made.”

Moments later, the judge waved a letter of support from three of Sorokin’s relatives, saying she did not know for sure if that document, too, was a forgery.

Prosecutors say Sorokin used forged bank statements to seek a loan of $22 million from a bank to fund a private arts club she wanted to open in Manhattan. She managed to get a $100,000 loan, which prosecutors said she never repaid. Sorokin used about $30,000 of that to cover her overdue bills at the fashionable 11 Howard hotel, where she was living.

Prosecutors said Sorokin also deposited bad checks amounting to $15,000 in an account with Signature Bank, managing to withdraw $8,200 in cash before the checks bounced, and used fake wire transfer receipts to trick victims.

Sorokin’s daily looks became the subject of a dedicated Instagram account with thousands of followers, which the judge nodded to in her sentencing remarks.

“I know she is a trendsetter and an influencer,” Kiesel said, “so I think the message should be to the defendant and many of her fans out there that this has consequences.” 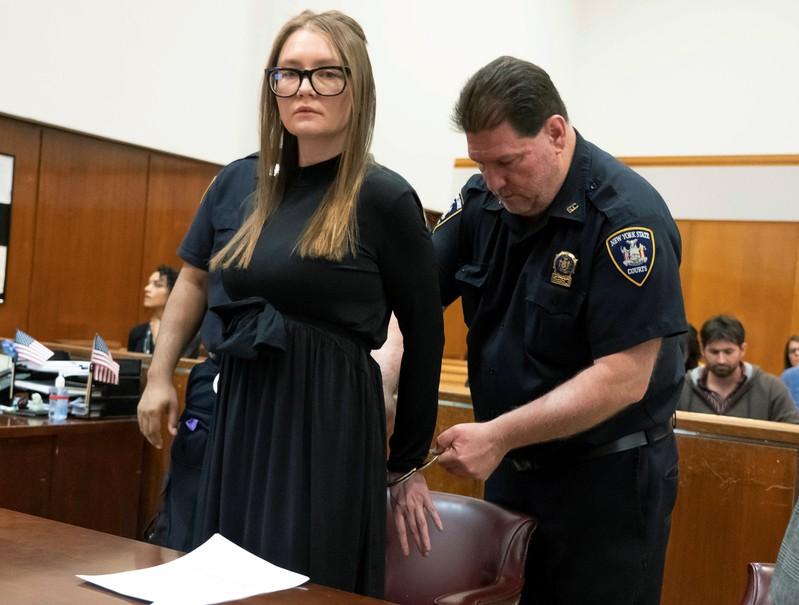 U.S. Immigration and Customs Enforcement said in a statement that Sorokin was a German citizen who had illegally overstayed in the United States. The agency said it will seek to send her back to Germany once her sentence is served. Sorokin will be able to seek parole after she has served four years.

The writers Shonda Rhimes and Lena Dunham are separately working on adapting the Anna Delvey story for the screen, according to news reports.

This, too, did Sorokin no favors with the judge, who said that Sorokin, in jailhouse interviews, did not express remorse but instead “worried about who would play her in the Netflix series.”