A Tennessee rapper who boasted in a music video about getting rich from committing unemployment fraud has been arrested in Los Angeles. Fontrell Antonio Baines, 31, was arrested Friday on three felony counts of access device fraud, aggravated identity theft and interstate transportation of stolen property.

Baines, who is known online as Nuke Bizzle, faces up to 22 years in federal prison, the U.S. Attorney’s Office said. Federal prosecutors say that Baines and his co-conspirators fraudulently obtained at least 92 debit cards pre-loaded with more than $1.2 million. 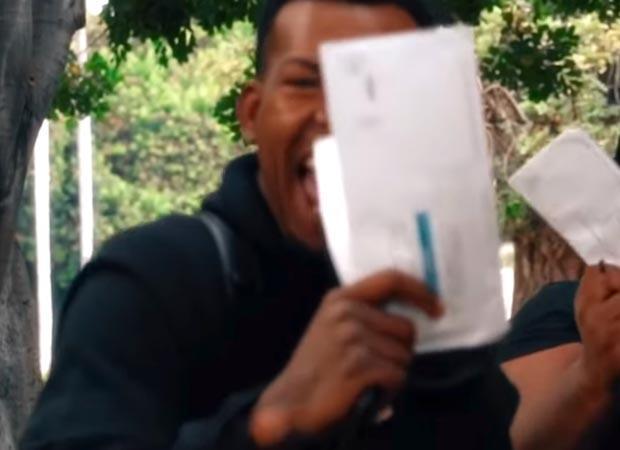 The unemployment debit cards were issued in the names of third-parties, including identity theft victims, prosecutors said. They said the cards were sent to addresses to which Baines had access in Beverly Hills and the Koreatown neighborhood of Los Angeles.

The schemers allegedly accessed more than $704,000 of that money through cash withdrawals.

CBS Los Angeles reports Baines was arrested Sept. 23 by Las Vegas police and was found to be in possession of eight EDD debit cards, seven of which were in the names of other people, according to an affidavit filed with the criminal complaint against Baines.

Baines goes by the stage name Nuke Bizzle. In posts on Instagram under the accounts “nukebizzle1” and “nukebizzle23,” the rapper bragged extensively about his ability to defraud California’s Employment Development Department.

Baines also posted a music video on Youtube which has amassed more than 400,000 views in which he boasts about getting “rich off of EDD.”

In the video, which apparently was posted on Sept. 11, prosecutors say Baines rapped about doing “my swagger for EDD” and getting rich by “go[ing] to the bank with a stack of these” while holding up a several envelopes from EDD. A second man in the video raps, “you gotta sell cocaine, I just file a claim…”

“Unemployment so sweet,” Baines says in the video. “We had 1.5 land this week.” A second braggadocious rapper says: “You gotta sell cocaine, I can just file a claim.”