A good book, some escapist television and the summer of cricket are calling to our nation’s leaders as they refresh ahead of what is shaping up to be a bruising election year.

After taking inspiration from Bill Gates’ book on avoiding climate change disaster Prime Minister Scott Morrison plans to read The Call of the Reed Warbler by Charles Massey over the summer. It explores transformative and regenerative agriculture and how industrial farming is hurting the planet. 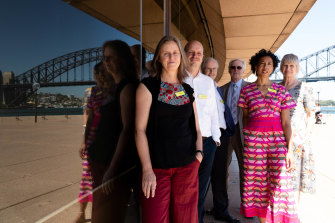 Also on the prime ministerial book stack is Kate Grenville’s award-winning imagined memoir of Elizabeth Macarthur, A Room Made of Leaves. Text Publishing says the novel addresses “one of the most toxic issues of our own age: the seductive appeal of false stories”.

Opposition Leader Anthony Albanese will read Christos Tsiolkas’s new novel 7 ½, which the author has described as about finding joy and beauty in a raging and punitive world. The music fan will also read Dave Grohl’s memoir The Storyteller and hopes to finish watching rancher drama Yellowstone.

The fascination many Australian politicians hold for American political history continues. Deputy Prime Minister Barnaby Joyce – stuck in isolation in Washington after contracting COVID-19 – is reading Harold Holzer’s history of presidential attacks on press freedom, The Presidents vs the Press, and Jared Cohen’s Accidental Presidents which is about the eight men who got the top job when the incumbent died in office. He will also attempt The Shortest History of England by James Hawes. 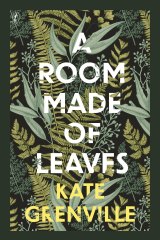 Labor deputy Richard Marles is tackling Allen C. Guelzo’s 1999 biography of Abraham Lincoln. His other pop culture plans for the summer involve a 24-part lecture series on the Black Death and, for some lighter relief, Peter Jackson’s new documentary on The Beatles.

“Of course, those are in addition to the Ashes series,” he says.

Shadow treasurer Jim Chalmers is looking forward to Michael Gerhardt’s Lincoln’s Mentors as well as Mike Duncan’s Hero of Two Worlds: The Marquis de Lafayette in the Age of Revolution while holidaying in Adelaide near his in-laws.

Arts Minister Paul Fletcher will watch thriller series The Tourist, coming to Stan which shares a parent company with this masthead. His book list includes a biograpy of Chinese revolutionary leader Deng Xiaoping, and Quentin Sprague’s The Stranger Artist about his time working to establish Aboriginal painting collective Jirrawun Arts. The latter has just won the Prime Minister’s literary award for non-fiction.

His Labor counterpart Tony Burke plans to pick up the winner of the fiction section in the same awards (plus Australia’s other major literary prizes this year), Amanda Lohrey’s The Labyrinth. He wants to watch the television series Glitch and Rosehaven.

Independent Helen Haines has a tall bookstack, which includes Hannah Kent’s new book Devotion and Kazuo Ishiguro’s Klara and The Sun. Both of these also feature in the reading plans of Labor frontbencher Amanda Rishworth.

Crossroads by Jonathan Franzen is another popular choice, with Haines, Liberal MP Katie Allen and Greens leader Adam Bandt looking forward to it.

Financial Services Minister Jane Hume has a “precarious tower” of books, which she says is the result of being “the most notoriously unreliable member of the most fabulous book group”. She wants to get through novels Still Life by Sarah Winman and Once There Were Wolves by Charlotte McConaghy along with Caroline Criado Perez’s book about the gender data gap, Invisible Women.

Tasmanian Liberal Bridget Archer hopes to get through Trent Dalton’s Love Stories and Mitch Albon’s novel about the power of love and hope in the face of danger, The Stranger in the Lifeboat.

“But of course with five children I suspect there will be plenty of Pig the Pug, Andy Griffiths and Bluey in the works too,” she says.

Bandt has an ambitious plan to get through five books in his fortnight-long break, including two about pandemics: The Animals in That Country by Laura Jean McKay and The Fell by Sarah Moss. On top of these, there’s the cricket and the second season of The Great.

Labor’s Tanya Plibersek also wants to polish off the comedic drama about Catherine the Great, along with irgin River and Warwick Thornton’s new vampire series Firebite. On her reading list is Pat Barker’s retelling of classical Greek myths, The Women of Troy.

Frontbench colleague Linda Burney said she heard about Damon Galgut’s Booker Prize winning The Promise on Radio National’s book show and has since been excited to get time to read the South African family saga.

There has been too much time looking at screens this year for Sydney-based Liberal backbencher Fiona Martin, so her plans revolve around bushwalking, the beach and a bit of the Ashes. She will pick up Women and Leadership by former prime minister Julia Gillard and Ngozi Okonjo-Iweala.

Opposition industry spokesman Ed Husic is looking forward to watching his beloved Chicago Bulls break their long drought of NBA success – he hopes. Closer to home, he intends to read Eric Willmot’s 1987 novel Pemulwuy: The Rainbow Warrior, based on the life of the Eora leader, Nardi Simpson’s Song of the Crocodile and David Goodhart’s examination of the way society values skilled work, Head Hand Heart.