Ford President Kumar Galhotra tells Fox News Autos’ Gary Gastelu that the automaker is in a good position to take advantage of Biden’s plan to electrify the federal vehicle fleet.

The automaker has announced a near doubling of its planned investments in electric vehicles to $22 billion through 2025, putting it on par with General Motors and at about half what analysts expect Tesla to spend during the period, according to Morgan Stanley's Adam Jonas.

But while its American EV rivals have been selling all-electric cars for years Ford is just getting started.

Through January it had only delivered 241 of its first purpose-built EV, the Mustang Mach-E, to U.S. customers. But it also put 5,000 into the pipeline last month, and they’re flying off the lots in an average of four days, even in the face of stiff competition from the Tesla Model Y. 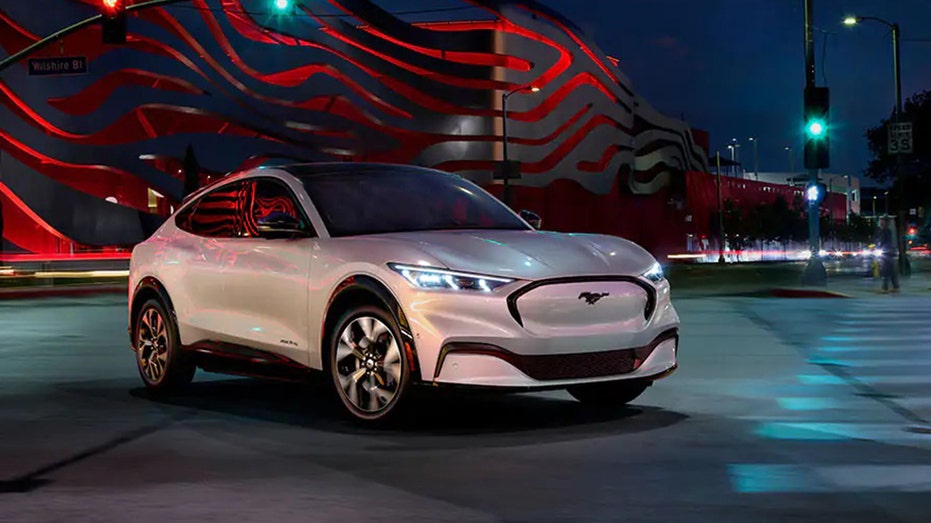 That’s in part due to one advantage Ford has over it and GM’s upcoming entry in the segment and should for at least the rest of the year.

Every electric vehicle in the U.S., including plug-in hybrids, entitles the buyer to a federal tax credit worth up to $7,500 depending on how big its battery is, but once a company reaches 200,000 units sold the credit phases out by half and half again before going away completely over the course of a year.

GM — which has sold the Volt plug-in hybrid and Bolt EV over the past decade — and Tesla each reached that threshold in 2018, so their cars are no longer eligible for the program. Ford’s are.

CEO Jim Farley revealed during the company’s fourth-quarter earnings call that, having previously offered plug-in hybrids and that qualified for lower amounts and a handful of full-electrics, it still has 127,000 full credits to go. That equates to a taxpayer-funded $952,500,000 incentive program before the phase-out period, which doesn’t put a limit on volume.

This has allowed ford to price the Mustang Mach-E at what it says is a profitable level while still undercutting the competition. Its cheapest Select model starts at $35,395 after the credit and the high-end Premium at $39,500, while the entry-level Model Y costs $41,990. Even the smaller Chevrolet Bolt EV has lists at $36,500, but Chevy has recently been offering traditional incentives on it worth $5,000 and more.

Ford isn’t the only company in this position, of course. Nissan, which was the first to offer a mass-market electric car with the Leaf in 2010, still has about 50,000 credits left ahead of the launch of its new Arya later this year and Volkswagen has nearly the full amount as it starts selling the $32,495 ID.4. Both models set to compete in the same segment as the Mustang Mach-E.

Ford will be adding the all-electric eTransit commercial van to the lineup before the end of 2021, however, and an electric version of the F-150 in the middle of next year, according to Farley, which should squeeze some of its sales it into the incentive period.

Beyond that, Ford hasn’t said much about what it has planned for electrics, but Farley said he’ll be revealing more details sometime this spring.