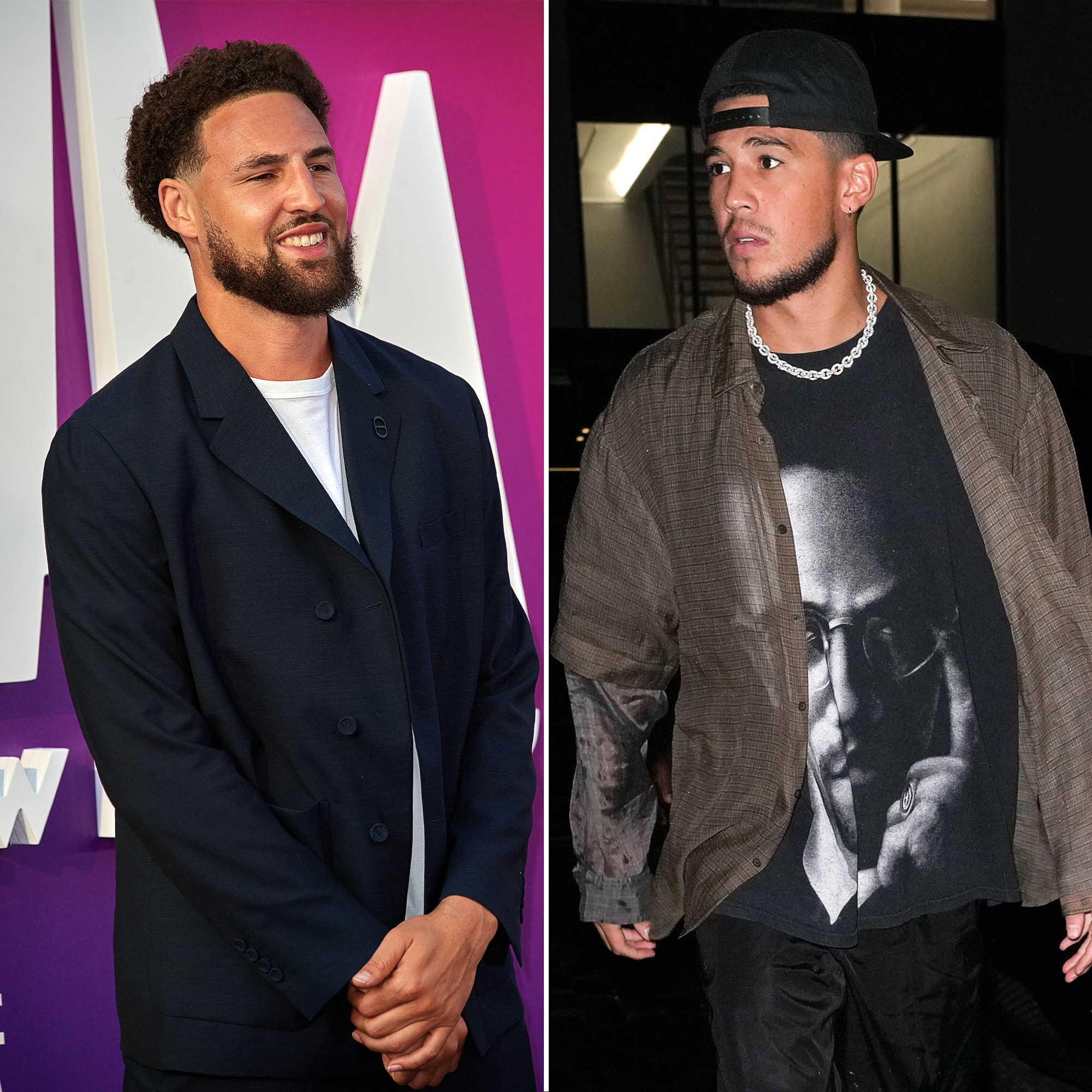 Leaving it on the court? Klay Thompson received his first NBA game ejection after getting in a heated exchange with Devin Booker.

All the NBA Players That the Kardashian-Jenner Sisters Have Dated

During the Warriors and Suns game on Tuesday, October 25, the shooting guard, 32, was seen arguing with Booker, 25, in the third quarter. After the two had words, both players received technical fouls as a result. Thompson went on to argue with the officials and ended up earning a second technical foul along with an ejection.

While on the court, Thompson’s teammate Steph Curry had to hold back the five-time all-star. As the shooting guard walked off the court, he could be seen pointing over to the Suns’ bench, reiterating the conversation he had with Booker.

This was a first for the 4-time NBA champion who has appeared in a total of 796 NBA regular season and postseason games. At the time of Thompson’s ejection, the Warriors were trailing by six points and ultimately lost the game to the Suns with a final score of 134-105.

After the game, Booker revealed in a post-game interview that night that the tussle started because Thompson repeatedly gloated to the Suns player about his four NBA championship rings and there were no hard feelings between the two competitors.

“I love Klay Thompson. I have for a really long time. But it’s not going to excuse from us being competitive and talking to each other,” the shooting guard explained after the game. “I’ve always admired his game, how he plays on both ends of the ball. And obviously, the rings speak for themselves.”

During Booker’s rookie season, Thompson had nothing but praise for the new NBA star when he was chosen for the 2016 USA Select Team to train alongside the United States Olympic team.

“He’s such a great shooter, but he’s got such a great floor game as well,” the veteran player said in a video from 2016. “I’m a big fan of Devin. Phoenix got a real steal out of him. He’s got a very high ceiling. It still baffles me — he’s only 19, right? Yeah, that’s unbelievable.”

Booker is well known as the boyfriend of reality star Kendall Jenner, who frequents his games with various family members. The couple started casually dating in 2020 and finally made their relationship Instagram official in 2021. While the pair decided to press pause on their relationship this past June, they ultimately rekindled their romance in August.

“They spent some time apart but are back to a good place and are really happy with each other,” a source exclusively told Us Weekly at the time.