Amid the pandemic, most of us yearned for some semblance of normalcy. The distant glint of 2021 offered fleeting hope. But as the clock ticked over to midnight on January 1, the new year revealed itself to be a mirage, and life continued mostly unchanged.

While many musicians have attempted to distil that inescapable feeling in song, Heat Waves by Glass Animals perfected it, and topped this year’s Triple J Hottest 100 countdown. On Saturday, hosts Hing and Hobba revealed that the British pop band edged out Spacey Jane’s Booster Seat with an amount of votes that could be counted on two hands. 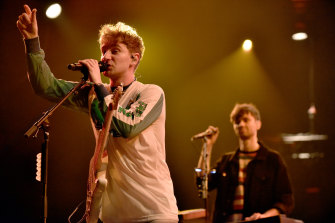 More of a bittersweet retrospective than a celebration of music, this year’s countdown spanned songs tackling the dizzying lows of communal ennui, loneliness and grief. It also commemorated the resilience of the music industry, which in 2020 overcame an unprecedented barrage of hurdles. From live shows and extravagant album rollouts to a screeching halt on international tours, the industry found a way to prevail with sheer ingenuity.

Cardi B and Megan Thee Stallion, who scored sixth place on the countdown, created a global phenomenon with irreverent anthem WAP. The stadium pop-ring of Flume’s Toro Y Moi-assisted hit The Difference landed in third place, despite a year of mostly empty stadiums. Billie Eilish threw up a veritable middle finger to body-shamers with Therefore I Am, which came in at No. 10. Meanwhile, 17-year-old Kamilaroi rapper The Kid Laroi made his debut on the countdown with GO, his collaboration with the late rapper Juice WRLD, who died in 2019 at just 21. 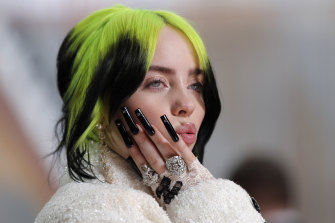 Billie Eilish threw up a veritable middle finger to body shamers with Therefore I Am, which came in at No. 10.Credit:AP

Remarkably, Aussie artists made up for 66 songs in the countdown, with multiple entries from Sydney pop-rock outfit Lime Cordiale, Tame Impala, Amy Shark, G-Flip and Jungle Giants. Electronic duo Mashd N Kutcher’s viral hit Get On The Beers, which sampled a snippet of Victorian premier Daniel Andrews, nabbed 12th place. There were just six entries from Indigenous artists, including Thelma Plum, Sycco, Birdz, Beddy Rays and two songs from The Kid Laroi. A press release from the radio station states that this is the largest number of songs by Indigenous Australian artists in its history. Despite the turnout, Triple J has yet to adequately represent women, black people and people of colour in the Hottest 100, and this year was no different.

Glass Animals is the first British band to top the Hottest 100 since Mumford & Sons did in 2009 with Little Lion Man. The band made sure to celebrate, promising to tattoo the map of Australia on each band member’s butt. “Our love for Australia runs deep,” they shared on Instagram. “It is where we had our first sold-out shows.”

An effervescent tangle of bright threads, Heat Waves is a melodic affair that harnesses powdery 808s and a catchy hook to create the perfect pop hit. The exuberant mise-en-scene distracts from the hollow ring of unrelenting heartache that frontman Dave Bayley weaves: “Usually I put somethin’ on TV/so we never think about you and me/but today I see our reflections clearly.”

As with WAP, which became a call to arms for right-wing politicians, and Therefore I Am, which to date has spawned 3.4 million TikToks, Heat Waves found its way into an unlikely fandom. The song inspired a romantic fan-fiction written on platform ao3 by user “tbhyourlame” about two Minecraft YouTube streamers who use the monikers Dream and GeorgeNotFound. It’s become something of an anthem for “DreamNotFound” shippers — the collective name to describe fans that want the two streamers to engage in a real-life romantic relationship.

As a storyteller, Bayley invites us into his world, evoking disconcerting mirages that offer “fake water all across the road” and mirror a version of himself he no longer recognises. It’s a tale as old as time, but one that feels uncomfortably au courant.

The world as we knew it was turned upside down in 2020, and issues festering just underneath a thinly veiled veneer exploded. We’re forced to reckon with defeat and the reflection in front of us, though sometimes the “road shimmer wiggling the vision” will keep us hopeful long enough to endure.