Rose McGowan calls out Oprah Winfrey: ‘She is as fake as they come’

Even as a convicted rapist, Harvey Weinstein is still flying private

Convicted rapist Harvey Weinstein says he never assaulted Angelina Jolie after she claimed in a new interview she had to “escape” an encounter with the disgraced movie mogul.

“THERE WAS NEVER an assault, and NEVER an attempt to assault,” Weinstein — who is currently serving a 23-year sentence for rape and battery — responded in a statement to TMZ via his assistant on Saturday.

“It is brazenly untrue and clickbait publicity,” the statement continued. “You’re Angelina Jolie, every male and female in the world, I’m sure, shows interest in you. Is the whole world assaulting you?”

The heated response from Weinstein comes after the actress described her alleged prior experience with him as “beyond a pass” while promoting her upcoming book, “Know Your Rights,” to The Guardian in an interview published Saturday.

“It’s very clear to me that this is for more sales on Angie’s BOOK,” Weinstein added in his statement.

In the interview, Jolie — who starred in Weinstein’s “Playing By Heart” when she was 21 — says she told her first husband, Jonny Lee Miller, about the alleged incident.

“I stayed away and warned people about him. I remember telling Jonny, my first husband, who was great about it, to spread the word to other guys — don’t let girls go alone with him,” Jolie shared.

She added that she was asked to do 2004’s “The Aviator” but said no because Weinstein was involved.

Jolie’s claims about Weinstein came out while she was discussing the ongoing issues she had with her ex-husband, Brad Pitt, that eventually led to their marriage ending. 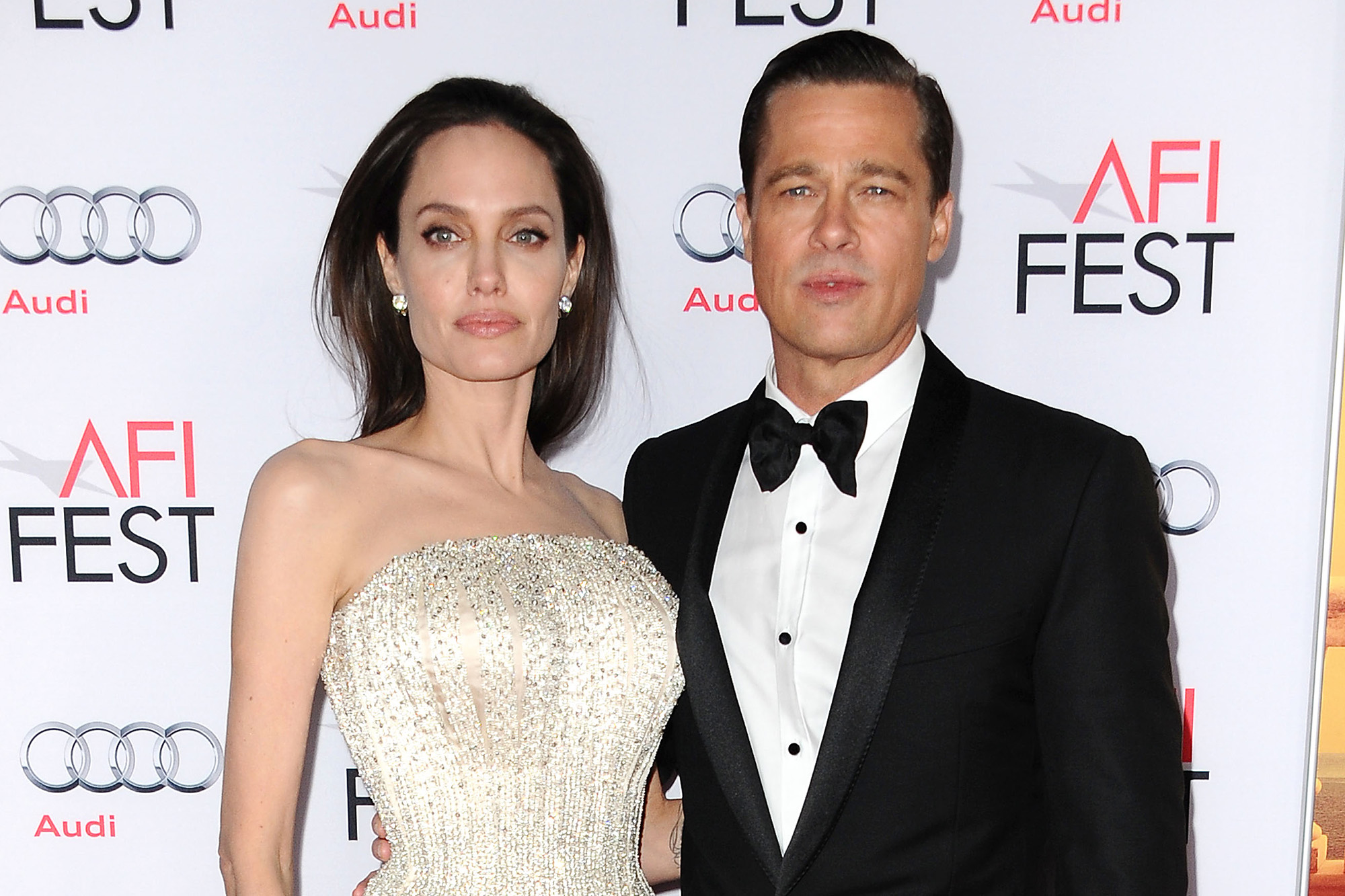 The “Maleficent” star claims that Pitt asked Weinstein to be a producer on his film “Killing Them Softly” — a film The Weinstein Company later distributed.

“We fought about (Weinstein’s involvement),” Jolie shared. “Of course it hurt.”

However, another one of Pitt’s exes, Gwyneth Paltrow, had a completely different experience after Weinstein allegedly invited the young actress — then just 22 years old — back to his hotel room and suggested they get massages in the bedroom.

Pitt allegedly confronted Weinstein at a movie premiere and physically threatened the producer which, at the time, was a huge risk for the up and coming actor.

Plan B productions, Pitt’s company, is also working on a film about New York Times reporters Jodi Kantor and Megan Twohey, who helped take down Weinstein with their Pulitzer Prize-winning report.

Jolie first opened up about the alleged incident with Weinstein in the 2017 NYT report, claiming he’d made “unwanted advances” toward her in a hotel room.

“I had a bad experience with Harvey Weinstein in my youth, and as a result, chose never to work with him again and warn others when they did,” Jolie told the Times via email. “This behavior towards women in any field, any country is unacceptable.”