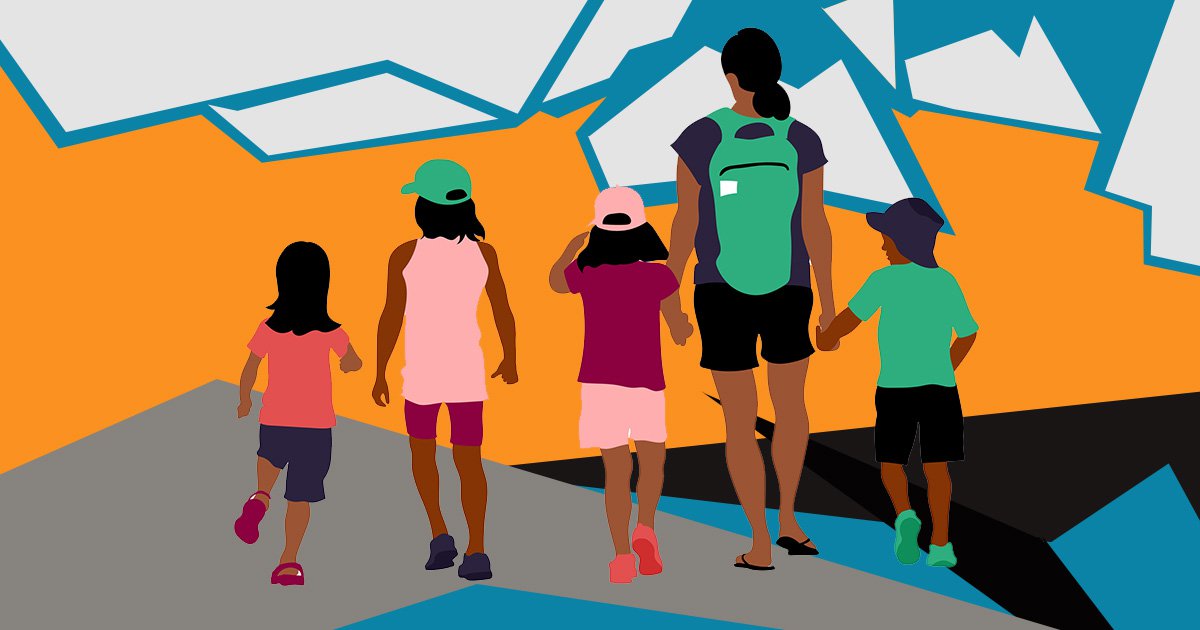 A bossy older sibling, a dramatic middle child and an immature younger one tend to be the common sibling stereotypes we’re all familiar with.

But where do these come from?

And, more importantly, is there any truth in them?

It looks like many psychologists do believe sibling personality differences lie in the order children are born, and how parents treat their offspring differently – based on whether they are the oldest, middle, youngest, or only.

Also, it seems there are positives and negative traits for every kind of sibling.

Experts have shared some of the typical personality characteristics you typically might expect (and why) below – as well as some caveats to keep in mind.

Therapist and relationship expert Marisa Peer says that first children are often ‘pioneers’ who lead the way for the other siblings that follow.

She explains: ‘Parenting doesn’t come with a manual so often the first child is the “experiment” – where you are developing skills courtesy of prenatal classes, advice from friends and family, as well as a trial and error approach to navigating life with a small dependent.

‘First-time parents can often be strict or anxious, turning to the internet or calling the doctors at every sniffle. Many first-time parents regularly spend the first few months in a state of high alert and vigilance.

‘This creates stress which even a young child can sense and they may develop a very rigid approach to life being keen to follow rules, acting with caution and often eager to please everyone.’

This means first children are often perfectionists and have a more mature outlook, as they have spent time mainly with adults. They tend to be conscientious, independent and make good leaders.

‘However, with their perfectionism and intellectualised approach to life, first borns are also more prone to anxiety and depression in later life,’ adds Marisa.

And this can also be heightened if more siblings come along.

She continues: ‘When another child comes along, their whole world changes as they are no longer the centre of attention and some may find it hard to adjust.

‘If the parents are too absorbed in the new arrival and the age gap between the two is relatively small, feelings of jealousy and insecurity may reveal themselves which can be carried into adulthood.’

The second child of two

Marisa stresses that in a family where there are just two children, there is often greater sibling rivalry – as each vies for their parent’s attention.

‘They can develop a love/hate relationship because, as well as competing with each other, they are usually one another’s biggest supporters,’ she continues.

‘The age gap here is important as well. If the eldest child is significantly older, they may almost act as a second parent, whereas children closer in age are more likely to form a bond of friendship, often maintained throughout their lives as they share common interests and discover the world together.’

So an older child might have a more mature personality if they felt they were looking out for their younger one – while the younger of the two might feel more like the ‘baby’ of the family.

Marisa adds that middle children often struggle when it comes to forming their own identity within a family.

She continues: ‘They’re not the oldest, they were the youngest at one point until number three turned up – so they can often feel like the “forgotten” child.

‘Unless they are the only boy or the only girl, the eldest gets the praise as the leader of the pack and the sensible one while the youngest gets the nurturing.’

Dr Elena Touroni, a consultant psychologist and co-founder of The Chelsea Psychology Clinic, also supports this idea that middle children can struggle with a sense of belonging and identity.

She says: ‘The middle child can feel like they are in No Man’s Land because they have neither the role of being the mature, responsible one of the eldest, or the “specialness” of the youngest.’

As a result, experts say middle children will often seek attention from their peers, creating large social circles and have a tendency to people-please to get the recognition they may lack from their parents.

Marisa adds: ‘As adults, middle children can be good negotiators and peace-keepers, but often feel that their needs and wants don’t matter so can suffer with low self-esteem and confidence issues as a result.

‘However, research has found that middle children are often the most successful as they are determined to prove themselves.’

The baby of the family

When the last sibling rolls around, parents tend to be more relaxed – rather than sticking to a rulebook. This means the youngest child tends to get away with more. Parents also tend to view this last sibling as the ‘baby’ of the family – no matter how old they get.

‘As a result, the youngest child can be more free-spirited, take more risks and be a bit of an attention seeker,’ explains Marisa.

‘They can also be manipulative as they know how to get their own way – learning from their siblings and also milking the fact that they are the baby.’

However, it seems there are pitfalls to being the youngest of the family – with rivalry being one of them, adds Marisa.

‘Seeing older siblings achieve things puts pressure on them to follow suit and they can feel pressured to over-achieve rather than live in the shadow of their older brothers and sisters,’ she continues. ‘Some can go the other way and fall into a coasting pattern, because they think there will always be someone there to help them out or pick up the pieces.’

Dr Elena agrees and explains that being the youngest can be bittersweet.

She says: ‘Being the youngest child can come with all sorts of special privileges, and this means that the youngest can often be more spoiled or entitled.’