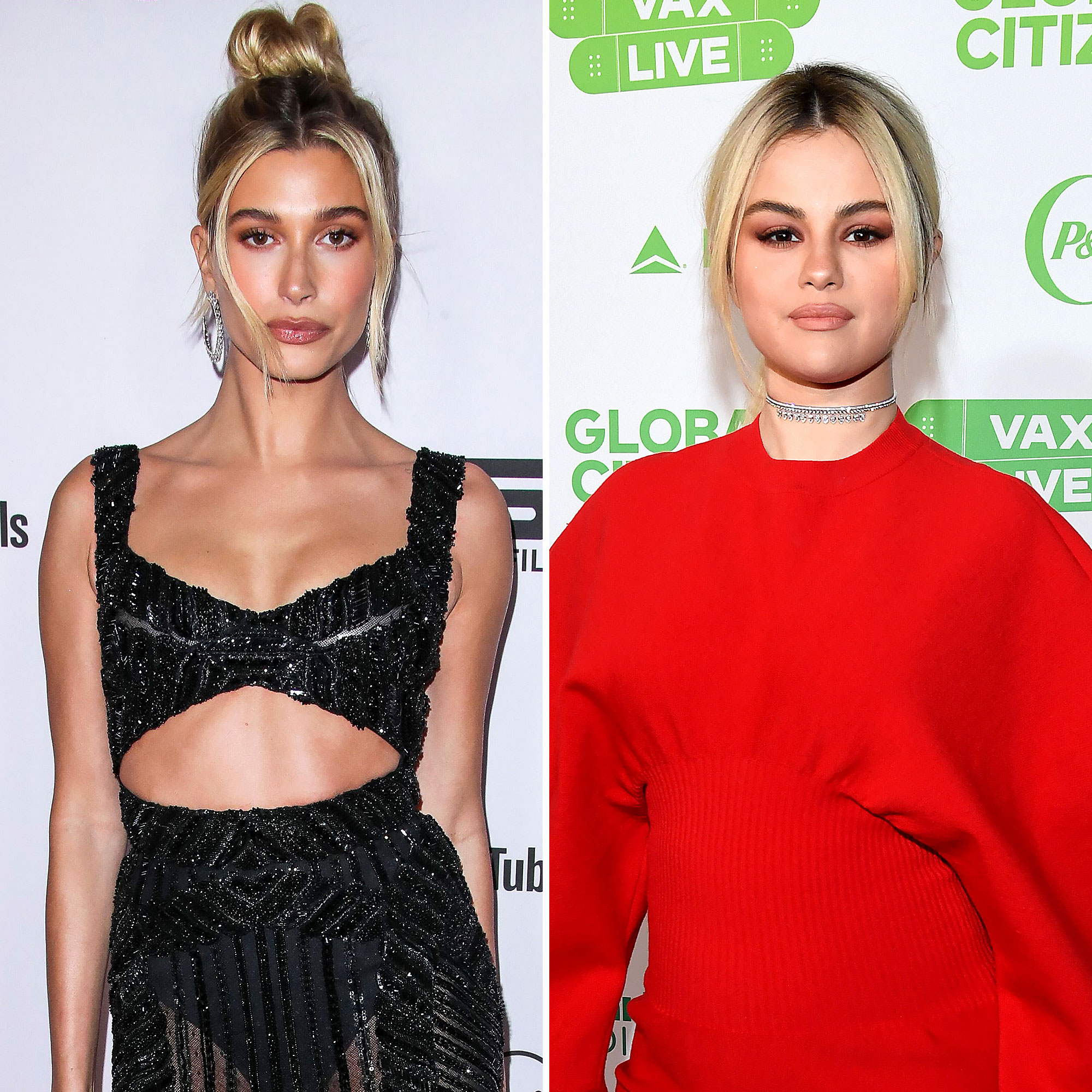 No bad blood! Hailey Bieber proved that she and Selena Gomez continue to be on good terms by supporting the singer’s newest accomplishments.

The model, 24, showed some love to the Only Murders in the Building star, 29, by “liking” Elle‘s post on Instagram celebrating the actress’ cover of their September Latinx Issue.

“After several rocky years battling health issues and heartbreak, @SelenaGomez has come into her own spiritually and creatively,” the magazine’s official account captioned several photos of the singer on Thursday, August 19.

This isn’t the first time that Hailey has “liked” the singer’s posts on social media. The Arizona native previously “liked” Gomez’s release of her song “Rare” in 2019 and even showed some love to a photo of the performer getting ready for the American Music Awards.

This public show of support comes after Hailey was accused of shading Gomez, who dated Hailey’s husband, Justin Bieber, on and off for eight years until 2018. Following the Disney alum’s release of “Lose You to Love Me” in 2019, which was seemingly about Justin, some fans questioned if the Drop the Mic host was clapping back by posting a screenshot of Summer Walker and Jhené Aiko’s song “I’ll Kill You” to her Instagram Story.

At the time, Hailey took to social media to clear the air by calling the accusations “complete BS.”

“Please stop with this nonsense … there is no ‘response,’” she commented on an Instagram post about the rumors in October 2019.

Gomez came to Hailey’s defense that same month by reminding her fanbase to stay positive.

“I am so grateful for the response of the song. However, I will never stand for women tearing other women down,” she said during an Instagram Live. “So please be kind to everyone.” 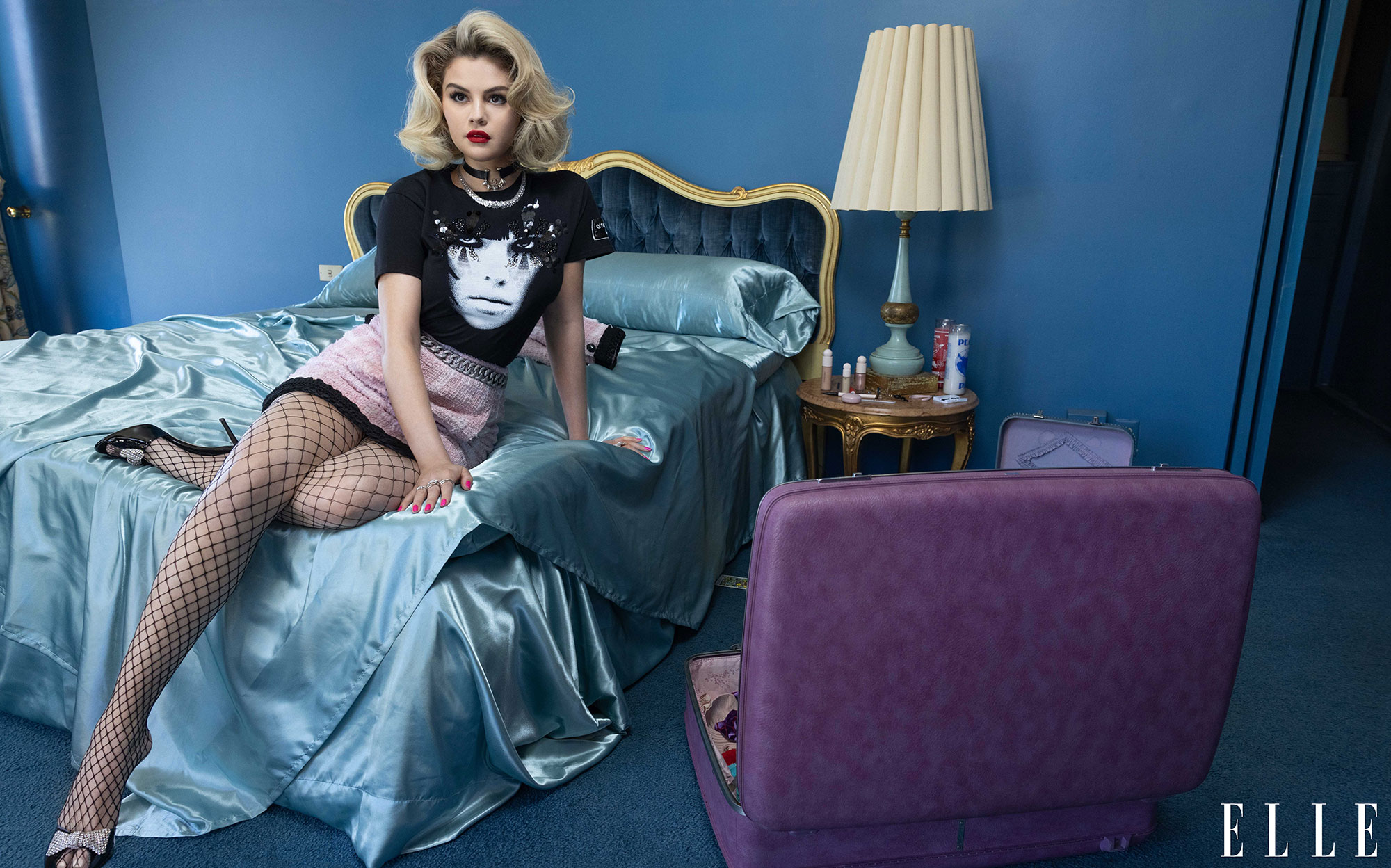 The Canada native, 27, married Hailey six months after his breakup from the Selena + Chef star, after rekindling their romance in June of that year. Justin and Hailey were previously linked from 2015 to 2016.

“Hailey wasn’t mad about ‘Lose You to Love Me’ at all,” an insider shared with Us Weekly in November 2019. “Hailey thinks Selena is talented. By liking photos of Selena, whether it be a glam shot or ones that her friends post on Instagram, Hailey wants to show that there are no hard feelings. It’s her way of trying to make peace and show her support for Selena in a low key way, yet public way.”

Since then, Justin and Hailey have been focusing on their marriage and the “Peaches” performer admitted earlier this year that this next step in their lives has come with its own set of complications.

“The first year of marriage was really tough because there was a lot going back to the trauma. There was just a lack of trust,” he revealed to GQ in April. “There was all these things that you don’t want to admit to the person that you’re with, because it’s scary. You don’t want to scare them off by saying, ‘I’m scared.’”

For Justin, the work was worth it because it meant having Hailey as his wife.

“I just felt like that was my calling. Just to get married and have babies and do that whole thing,” he added at the time.

Gomez, for her part, has recently reflected on getting to a great place because of the people around her.

“I’m just really happy with who I am. I’m grateful that as I step into 29 – even just two years ago – I was different,” she told Vogue Australia in June. “It’s only gotten better, and that’s kind of what people say, you know, when you get older, you feel a bit more confident with who you are. I don’t know if that’s gonna be every year for me. Maybe it is. But I just feel like I’m constantly growing in the right direction.”