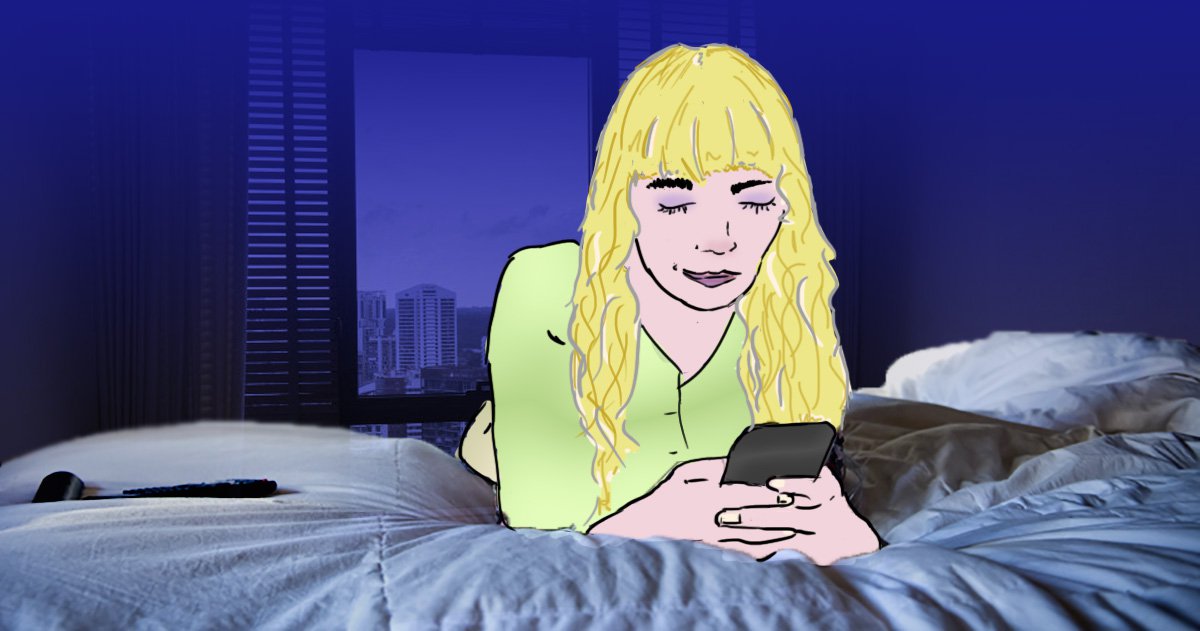 For this week’s How I Do It, we get a sneak peek into the sex and love life of Jana, a ‘very single’ 34-year-old construction manager.

In principle, Jana’s really happy with her sex life, because, as she puts it: ‘They say the sexual peak for women is after they reach 30 and it’s true.’

She knows what she likes, she’s content with her body, she enjoys sex and ‘men always sense that’. However, in practice, she’s not thrilled about the fact that she’s not currently getting any, but is sticking to her standards and refuses to compromise.

She also describes the pandemic’s impact on her sex life as ‘tremendous’.

She was dating one guy when the first lockdown was announced but ended up breaking the rules to see him after they were apart for a long time. This made her uncomfortable, but she says ultimately the pandemic did her a favour by ‘making his intentions clear’, and they split up.

Since then, Jana’s tried a range of dating apps to meet her match, but her favourite at the moment is Inner Circle – the one she’s been swiping through this week…

There is no hope when a guy who is 37 years old and, according to his profile, is a devoted dad and strong believer in old school values, texts you: ‘Hey you little sexy thing, where’s the party at?’, on a Monday.

I also matched with a French rugby player. He looked tall, big and handsome.

Turns out I got excited too soon as, after a couple of sentences of small talk, he asked me if I had ever been with big boys. I was pretty sure he was talking about the size of his package, but I played dumb and asked what he meant.

He sent me a gorilla emoji followed by the eggplant, then wanted to know what I was wearing.

I believe there’s a time and place for advertising the size of your penis to a lady and it’s not ten minutes into the conversation.

I gave him a chance to redeem himself (as he looks delicious) but he unmatched me instead. Ouch.

I’m in touch with my ex. We were together for a few years, long-distance, and called it quits back in 2014.

At the end of last year, we met for a coffee and he said he’s keen to give the relationship another go.

He still lives in another country but travels to London for work sometimes. He also is still hot and still the person I fell in love with many years ago.

So when he initiates a nude pics and videos exchange, I think what’s the harm?

Last weekend I matched with another absolutely gorgeous French man – tall, handsome, polite and he works in finance. We chatted all night and the next day, he asked me out on a date.

I told him that I’m free on Thursday. We said good night and he disappeared. It’s Wednesday and it’s safe to say that if he doesn’t text me today, there won’t be a date tomorrow.

Shame. He looked like someone I could sleep with after a couple of dates.

Matched a beautiful blue-eyed boy four years younger than me. He’s here on holiday but looking to stay in London if he finds a job in the next few months.

Then he informs me that he’s still a virgin at 30 years old (a what?!). He explains it’s because he’s from a strict Muslim country.

At this point, after seeing all sorts of different people on dating apps, I am very sceptical but entertained by this talk. It seems like some kind of bad prank or someone trying to cut all the possible corners with dating to get himself quick sex.

He says that he cannot wait anymore, that he’s not only looking for sex but needs to ‘get it done quick’.

I mean… If this is a lie, how do guys even come up with stuff like that? I explained politely (just in case he’s actually a virgin), that him being a virgin before doesn’t change the fact that I need to know someone before I jump in the bed with them.

He got upset and unmatched me. Damn it.

I went back to check my profile to see if it says anywhere: ‘If you are weird and would like to waste my time, please apply below.’

Of course, Mr Perfect Frenchman didn’t text back and, of course, there won’t be a date today. It’s a shame.

He is still hanging in my match list quietly, so I guess he will reappear at some point.

That’s what they do these days – men, if they get a better deal somewhere else, they ghost you, only to reappear a few days or weeks later with some lame excuse about how busy they were at work, how their flatmate had an accident on the staircase or how their hamster got food poisoning.

They really just want time to try it out with someone else before they move on to you. Some people might say it’s fair, but if I’m someone’s plan B – I don’t want it.

Even though there might be no dates, I am still getting excited for the weekend – I’m going to see a fight on Saturday, where there will be enough hot males (in real life), both on stage and in the audience.

What is with older men? I am constantly getting messages from men who are 15-20 years older than me and they look older than my dad.

I have to admit, they are never rude and pushy. Once they realise you are not interested, they drop the conversation altogether (they probably have no energy to pursue).

I go back to my profile to see if anything there says that I am looking for a sugar daddy. Maybe it’s my face.

Tonight is a big night out. I feel a bit anxious as this is the biggest event I will be attending in the last year and a half.

I got a lot of ‘interested’ looks and even have a couple of flirty conversations in the bar whilst getting a drink but people were more focused on supporting their friends who were fighting in the ring (I was too), rather than on meeting new people. After all, fight night is not a nightclub.

I ended up home alone. Another single Saturday.

I think it’s been almost a month since I met The Boxer online. We have been talking for a while and he asked me out a couple of times, but we couldn’t find a time suitable for both of us as he says he lives between London and the Middle East.

Today I woke up to messages from him pretty much accusing me of not getting back to him with the days I am available to meet.

Scrolling our conversation up, I realised we haven’t spoken for a week and it was him who disappeared. Classy move.

I explain to him that if a man disappears off the radar, I will assume he doesn’t need information on my availability anymore.

I wasn’t super polite texting that so I was ready to be unmatched again. To my surprise, I got an invitation to a date next weekend.

Maybe this guy’s the one, who knows…

How I Do It

In Metro.co.uk’s How I Do It you get a sneak peek into a week of a person’s sex and love life – from vanilla love-making to fetishes, threesomes and polyamorous relationships, they reveal it all.

Rush Hour Crush – love (well, lust) is all around us

Tell us about your Rush Hour Crush by submitting them here, and you could see your message published on the site.