SHOPPERS can get an extra 15% off toys that have ALREADY been marked down in price.

The reduction applies to sale items from toy shop The Entertainer, where you can simply tag a discount code onto the already cheap prices. 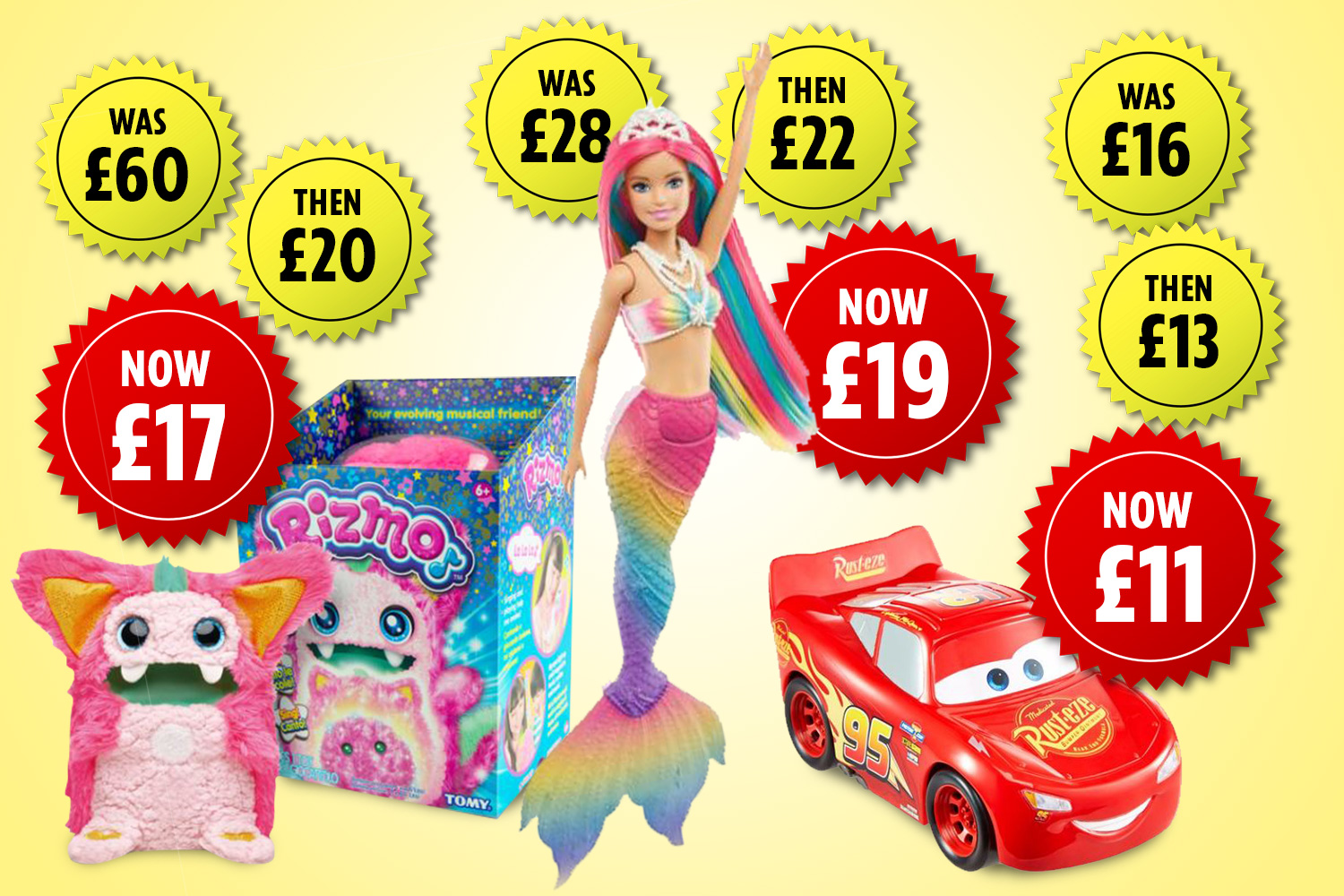 Some of the toys featured have as much as 75% already slashed off the price.

So tack on another 15%, and you'll be able to cash-in on bargain prices ahead of the Christmas period.

It means you can make major savings on your little one's favourites like one Barbie Dreamtopia doll that was originally £28 before being slashed to £22.40.

With the extra 15% off code though shoppers will only have to fork out £19 for the doll.

Another toy in the sale, the Rizmo Interactive Evolving Toy, can be snapped up for only £17 using the code, after it was knocked down from nearly £60 originally.

All you need to do to claim the money-off is apply the code "EXTRA15" when you go to checkout.

The extra discount will work on any of the 2,000 plus toys that feature in The Entertainer's "kids' toys sale and special offers" section.

It's only available online though, so shoppers hitting the highstreet instead may have to rethink their budget.

That also means you need to factor in the extra £2.99 for delivery charges.

It's important to keep this in mind because if it works out more expensive than the extra 15% you managed to swindle off your purchase, then you won't, in fact, make a saving at all.

Heading out to one of The Entertainer's 132 shops in person will mean you can skip the delivery charges, but you won't be able to claim the extra 15% off – you can use the store's handy locator tool to find your closest though.

You should also have a shop around before you commit to a purchase, you might find a better deal elsewhere especially as a number of retailers have launched sales in the run up to Christmas.

The discount was spotted on Facebook page Money Saver Online, but The Entertainer hasn't confirmed how long the code will work for.

Likeminded shoppers have been seen to use the Facebook forum to plan stocking up on toys, decorations and more earlier than most in time for Christmas this year.

It comes as rival toy store Smyths has urged shoppers to get their Christmas gifts early this year and buy now to "avoid disappointment".

Shoppers have already been seen to be panic-buying Christmas toys and presents as Britain faces major supply chain chaos potentially until Easter.

So cashing in on the extra saving at The Entertainer might not be such a bad idea, though you may have to ready yourself for slower delivery with the fears of shortages and driver disruptions.

Previously, Gary Grant, boss of The Entertainer, said that shops are well-stocked right now but were anticipating problems in the weeks ahead.