Actress Cassie Beck spoke to HL about joining the iconic ‘I Know What You Did Last Summer’ franchise as a rowdy mom in the Amazon Prime Video series.

Cassie Beck‘s role of Courtney in the Amazon Prime Video series I Know What You Did Last Summer differs greatly from her own persona, as well as the one she is currently touring across the country now in What The Constitution Means To Me. Still, she epically taps into the rowdy, trashy role of Courtney in the series reboot of the cult-classic horror film which premieres today on the streaming service. “It’s super fun and the basic premise is the same as the original. It is definitely contemporary and not set in the ’90s, and it has it’s own spin!” Cassie told HL in an EXCLUSIVE interview. “I play a really trashy, street smart, kind of kickass, fearful mom of one of the teenagers — and she is fantastic.”

Cassie continued, “She’s got a push up bra for every situation, lots of red lipstick. But the best part about her is she turns out to be a really excellent mom. You can’t underestimate her.” The cast, which includes Madison Iseman and Brianne Tju, filmed in Oahu, Hawaii for several months, which Cassie called “an absolute blast.” 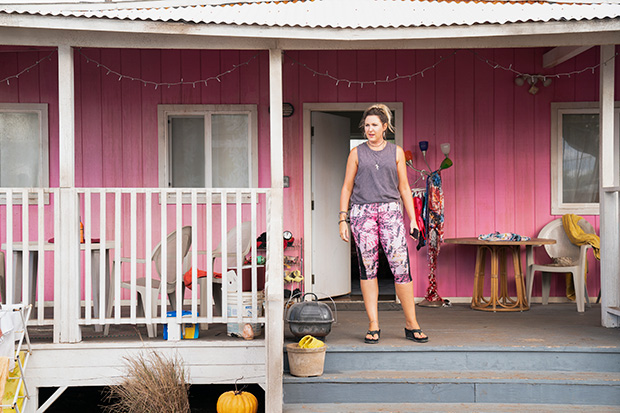 She added that what she “loved most” about playing Courtney was that she “presents a certain way,” but “there was so much to do as the series moved on to really dig into her and understand that this is a person who’s struggling.” “She’s on the lower income bracket and she is surviving. She’s a real survivor,” the actress said.

In addition to her IKWYDLS role, Cassie has picked up almost right where she left off pre-pandemic — touring Heidi Schreck’s Tony-nominated, Pulitzer Prize finalist play What the Constitution Means to Me, directed by Oliver Butler. Cassie was meant to succeed Maria Dizzie in the national tour in June 2020, but the tour was temporarily shut down due to the COVID-19 pandemic. Now, Cassie embodies Heidi’s remarkable prose city to city throughout the fall.

“When I first saw the play at New York Theatre Workshop, I just was blown away by it. Heidi’s performance, I thought, was just the perfect piece of theater. Feeling all the feels as we like to say — the official term,” Cassie gushed. 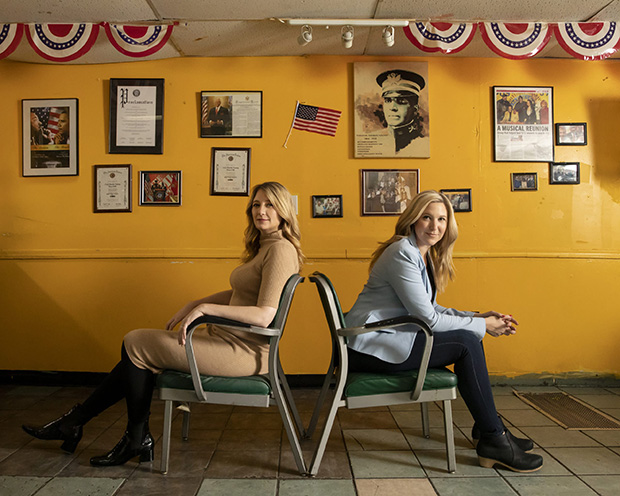 However, because WTCMTM is a memoir, the actress was reluctant to take on the role herself when offered to do the tour. “I wanted to just selfishly to live in the place where I remember how I experienced it with her. It is very personal. But then, I know Heidi is a consummate writer, and as much as she is a performer, she’s an excellent playwright. So, I read it on the page,” she explained. “I started to hear myself, I started to see myself, and I was able to kind of insert myself because it’s that classic example of something specifically universal.”

Cassie continued, “Just like any part that an actor plays, you bring yourself to the role, you bring your own stories and experiences, you insert yourself. I will never be Heidi, I cannot become Heidi — just like any part I play, cannot fully become that thing. But, maybe we can infuse it and make it even stronger by bringing a different interpretation to the part.”

Cassie does just that as she goes city to city presenting What The Constitution Means To Me, which has also been updated to fit even further with recent current events of the last 18 months. “We’re reworking the debate section in the second half of the play, and so we will be folding in topical things that are happening now,” she said. “We’re rolling with it. And we have two new debaters, so they are bringing their questions and things that are on their mind to the forefront. We are addressing all of those into in real time.”

What the Constitution Means to Me runs through October 24 at the Guthrie before returning to Chicago October 26–November 21 at the Broadway Playhouse. Click here for the current schedule.