Woman, 22, who started going grey at 16 and would spend hours ripping them out embraces her natural silver strands

A woman who started getting grey hairs at the age of 16 has decided to embrace her older-looking locks and ‘inspire’ younger girls with the same issue.

Throughout her teenage years she spent hours ripping them out but at 18 she began to dye her hair every three weeks for the next two years.

But at the age of 20 she started getting fed up of dyeing her hair and let the natural grey colour come through.

Lauryn said: ‘I noticed when I was 16 in high school and I felt uncomfortable a lot of the time as people would point them out. I guess it’s because you don’t see a lot of young people with grey hair and it was just me. 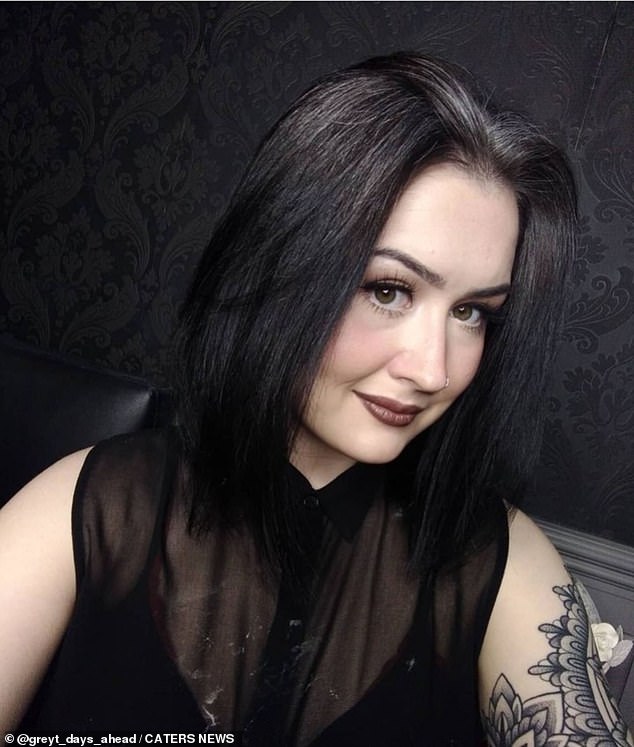 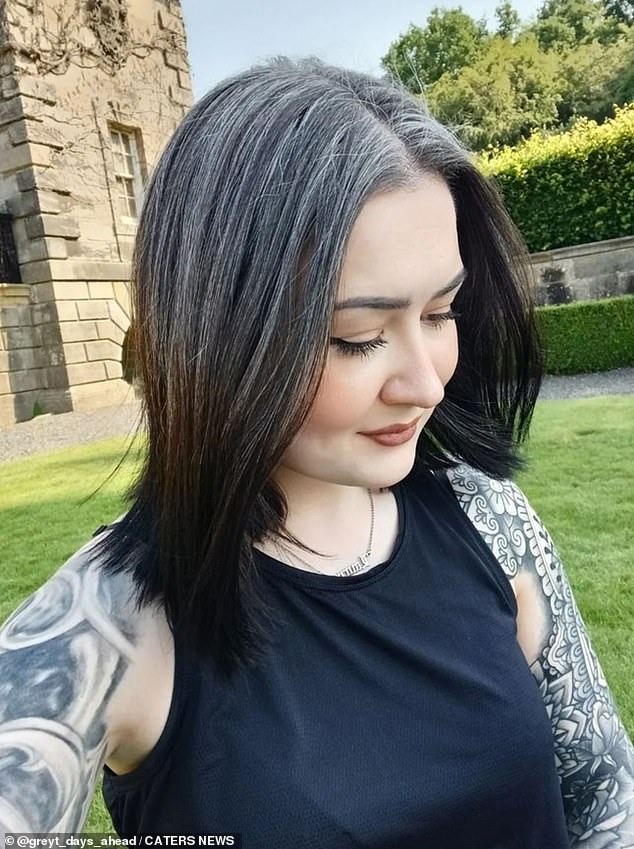 ‘At school when it got pointed it out by a girl who would sit behind me she asked me why I have grey hair. She said I was too young for that, and I would say well obviously not as I have it now.

‘Neither of my parents got grey hair young. Although my dads mum went grey young as well so it could have come from her.

‘I used to spend ages plucking them out in front of the mirror as my parents wouldn’t let me dye it. They would tell me to to just go with it and it’s nothing to be embarrassed about.

‘Then at 18 I dyed it black, my hair is naturally dark anyways, so when the grey started coming through it really contrasted with the dark.

‘I was dyeing it every three weeks because I was so determined not to be grey. I made sure it was always really dark and saturated in the black dye.

‘Doing this though made it become really damaged as I was dyeing my whole head not just my roots and would spend £9 on a box each time.’ 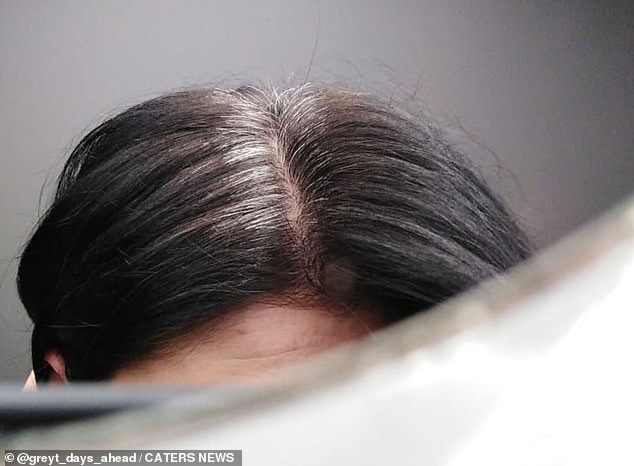 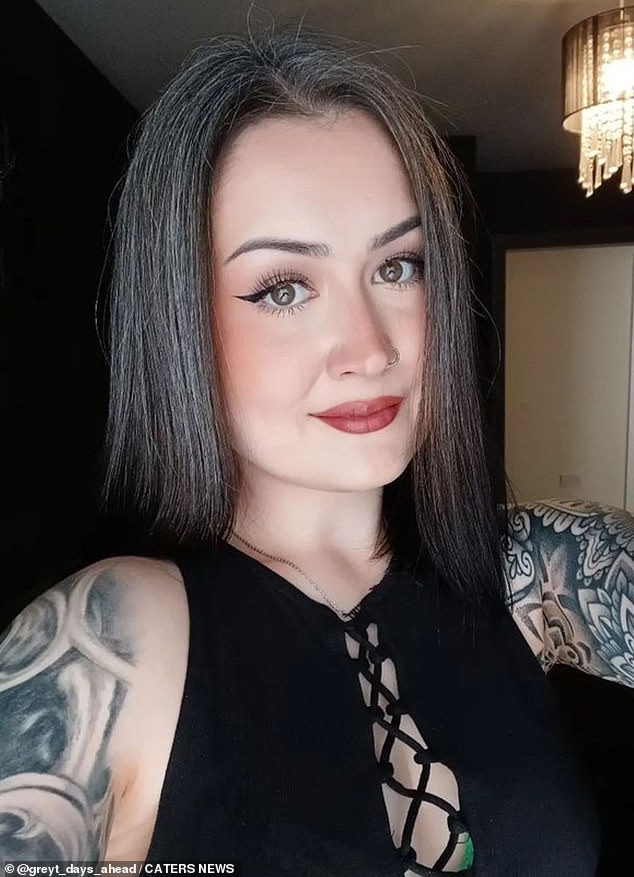 Lauryn reached point where she no longer hated her hair and decided to stop dyeing it and embrace it.

Sharing her photos online, Lauryn found a whole community of women who are called the ‘silver sisters’ and feels empowered to share her natural grey.

She adds: ‘I stopped dying it in April 2021, as I was so fed up dyeing it constantly and it was becoming hard to keep up with.

‘It wasn’t a nice red undertone coming through, so everyone asked me why don’t I let it grow naturally and see what happens.

‘I decided to have a look at other women who have grey hair and I couldn’t believe how many people are the same as me, I found a whole community of women who support each other called the silver sisters. 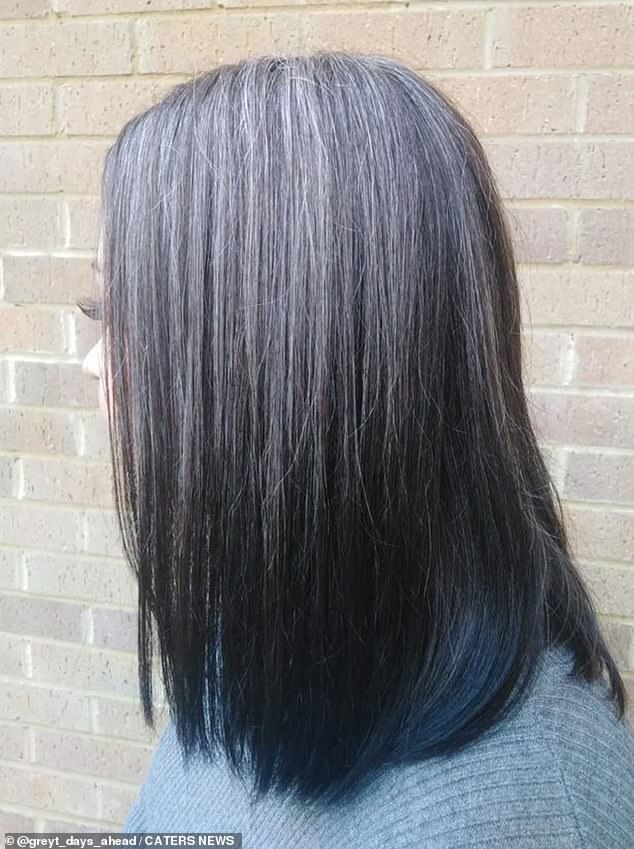 Although her dads mum went grey at an early age, neither of her parents got grey hair in their teenage years or in their twenties (Pictured: Lauryn’s greying hair) 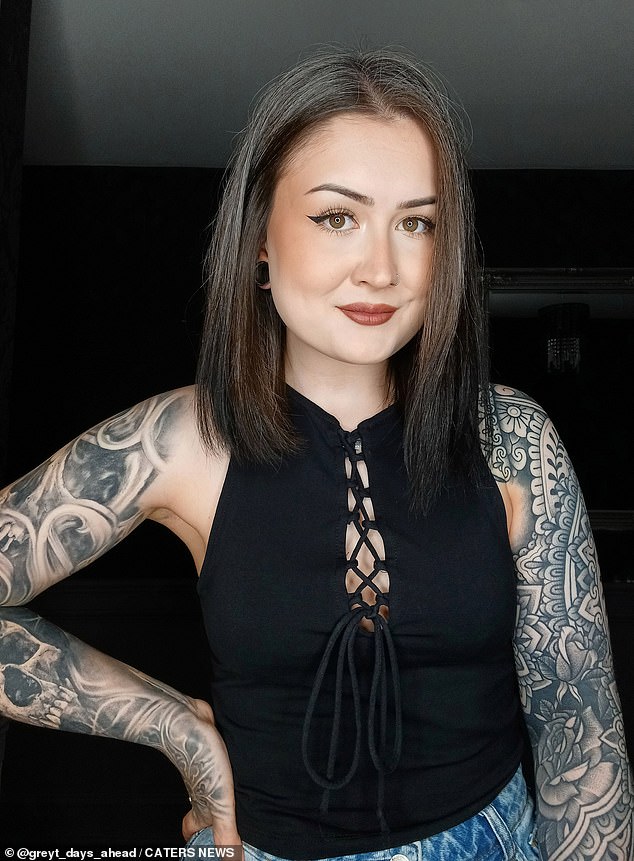 ‘I now feel a bit more inclined to look after it more as I want to make it look healthier.

‘There are still days where I look at it and I don’t like it, but it’s normal as I had that same feeling sometimes when I dyed it, but I feel better for embracing it.

‘My family were so supportive of my decision, especially my parents as they always told me there wasn’t anything wrong with it, just let it be the colour it is and go for it.

When Lauryn decided to let her natural colour come through, she knew she would start to get unwanted attention but decided to ignore their harsh stares.

She added: ‘At the beginning I didn’t get comments just people would look at my hair. Especially working in retail people would stare at the top of my head but not comment.

‘However recently I have had a lot of positive comments and I think it’s because it’s a lot more grown out now so you can see the whole colour and people will tell me how nice it looks. 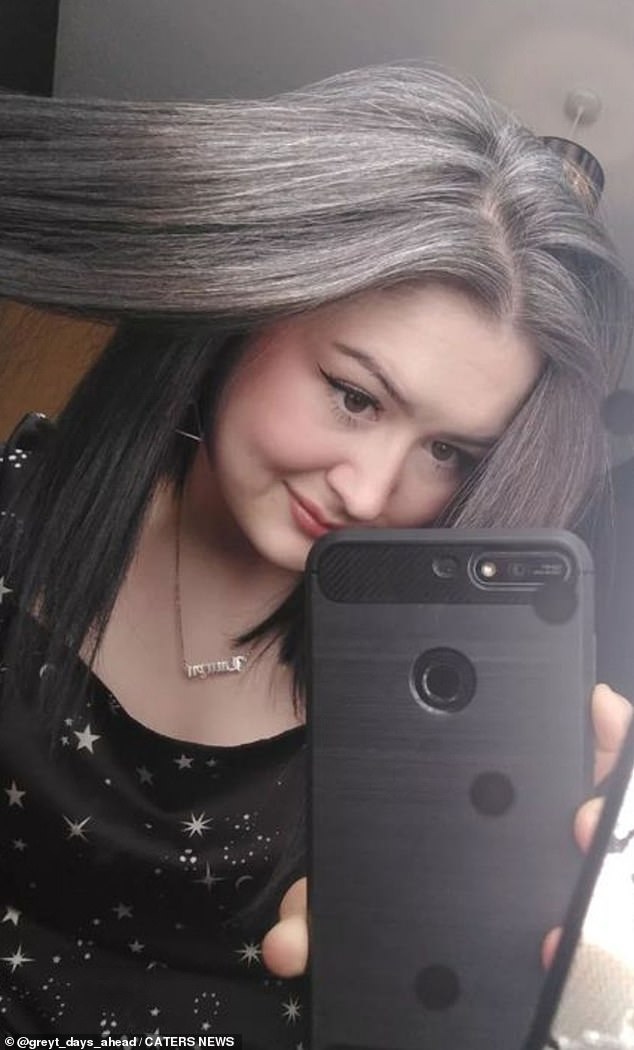 Sharing her photos online, Lauryn found a whole community of women who are called the ‘silver sisters’ and feels empowered to share her natural grey 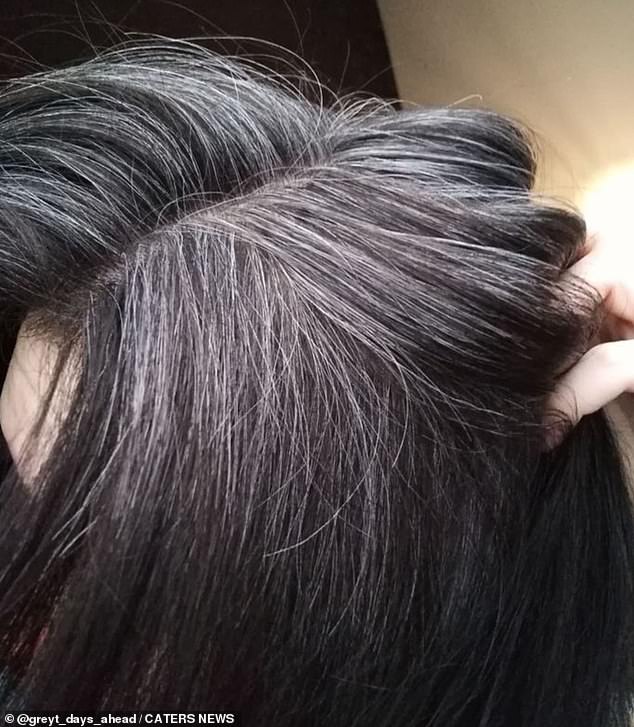 When Lauryn decided to let her natural colour come through, she knew she would start to get unwanted attention but decided to ignore their harsh stares

‘I guess I won’t have to worry about growing it out when I’m older as I’m doing it now.

‘I want to inspire other young girls to embrace their natural grey hair. I get messages from people older and young who tell me I have inspired them or tell me that they like my hair and want theirs to look like mine.

‘There isn’t enough representation of being young and grey in society and I want to help break the stigma surrounding it. I believe that us Silver Sisters can do that, smash societys views on grey hair one strand at a time.

‘I thought I would dye it for life never, I thought would let it be natural, especially not at 22.

‘I don’t want to go back to dyeing it and having my roots coming through again.

‘It makes me feel a lot more empowered, as I know how I felt when I couldn’t dye my hair and I hope others will feel the same about theirs.

‘I wasn’t confident when I couldn’t dye my hair before, but I definitely want more young girls to show their natural grey even though we’re made to feel it’s not normal.

‘Embrace it, don’t be scared to show your natural glitter.’