It’s been a big year for Christina Sulebakk. The esteemed international TV exec was appointed by WarnerMedia to General Manager of HBO Max EMEA in January, giving her oversight of HBO Max in the region as it geared up for its launch and future expansion in various territories. The move also put her in charge of transitioning prime services such as HBO Nordic and HBO Go into WarnerMedia’s flagship streamer. Only six months prior to this appointment, Sulebakk had replaced former HBO Europe CEO Hervé Payan to lead the linear networks and streaming services amid WarnerMedia’s exec shakeup last year.

“It’s been an emotional rollercoaster, but we’ve planned everything right,” says Sulebakk of the HBO Max EMEA launch, which began the initial phase of its 27-territory rollout in Europe last month with the Nordics and Spain.

This quiet confidence makes it easy to see why Sulebakk was chosen to steer WarnerMedia’s streaming service into the EMEA region. The Danish exec, who currently reports to Head of HBO Max International Johannes Larcher, has been with WarnerMedia since 2012, when she launched and established HBO Nordic, HBO’s first streaming service outside of the U.S. Since then, she’s held distribution, marketing and exec VP roles at the company and has been involved in the move of HBO’s Central European business into streaming as well as the launch of HBO España and HBO Portugal.

Sulebakk has been exploring the digital content arena longer than most. It was nearly a decade ago that she joined Stockholm-based outfit Parsifal Investment, a joint-venture set up by a Swedish investor looking to enter the digital fray. Netflix had just set foot in the region a few months prior so there was still a lot of “freshness and newness around streaming,” she says.

With the company’s headquarters in Stockholm, Sulebakk was based between her home in Copenhagen and the Swedish capital, overseeing the marketing strategy of the service and managing commercial relationships for the team.

“We were a very small and lean team,” she says. “We were very entrepreneurial and we were trying out this new technology platform which was based on the backbone of a Finnish ice hockey platform called UDS.”

While that homemade platform had seen local success in Finland, it was still early days in the direct-to-consumer arena.

“It was a time when streaming was really only just getting started so there was, as you can imagine, a lot of this ‘by hook or by crook’ [mentality] but it was really exciting,” says Sulebakk.

Four years later, after a successful run of this multiplatform service in Norway, Denmark, Sweden and Finland, Sulebakk relocated with her family to Madrid to launch HBO España, a service that would bring the likes of HBO films, series and documentaries such as The Night Of and Vinyl to Spanish audiences via the streaming service.

“It was a really great learning experience to be grounded there and lead the team and then at the same time, oversee the European responsibility from Spain rather than Copenhagen,” she says. “Immersing myself in the Spanish culture and really establishing a company from scratch is such a delightful experience.”

From there, Sulebakk relocated to HBO Europe’s headquarters in Budapest, Hungary, where the company had been operating its group of HBO linear channels to the Central and Eastern European region since 1991. When she touched ground in 2017, Sulebakk’s main remit was to help the team with the transformation to streaming from the linear business for its HBO Go service (that brand was phased out in the U.S. last year).

“It was big transformation work in a very grounded and well-established business,” she says. “There were hundreds of people used to working around the linear schedules and to get them into the new cadence of streaming and curation and marketing was a really good journey. I really enjoyed coming in and trying to do some turn around and put some new experiences in a market that was so well-established. It was all about educating and getting the team aligned on strategy.” 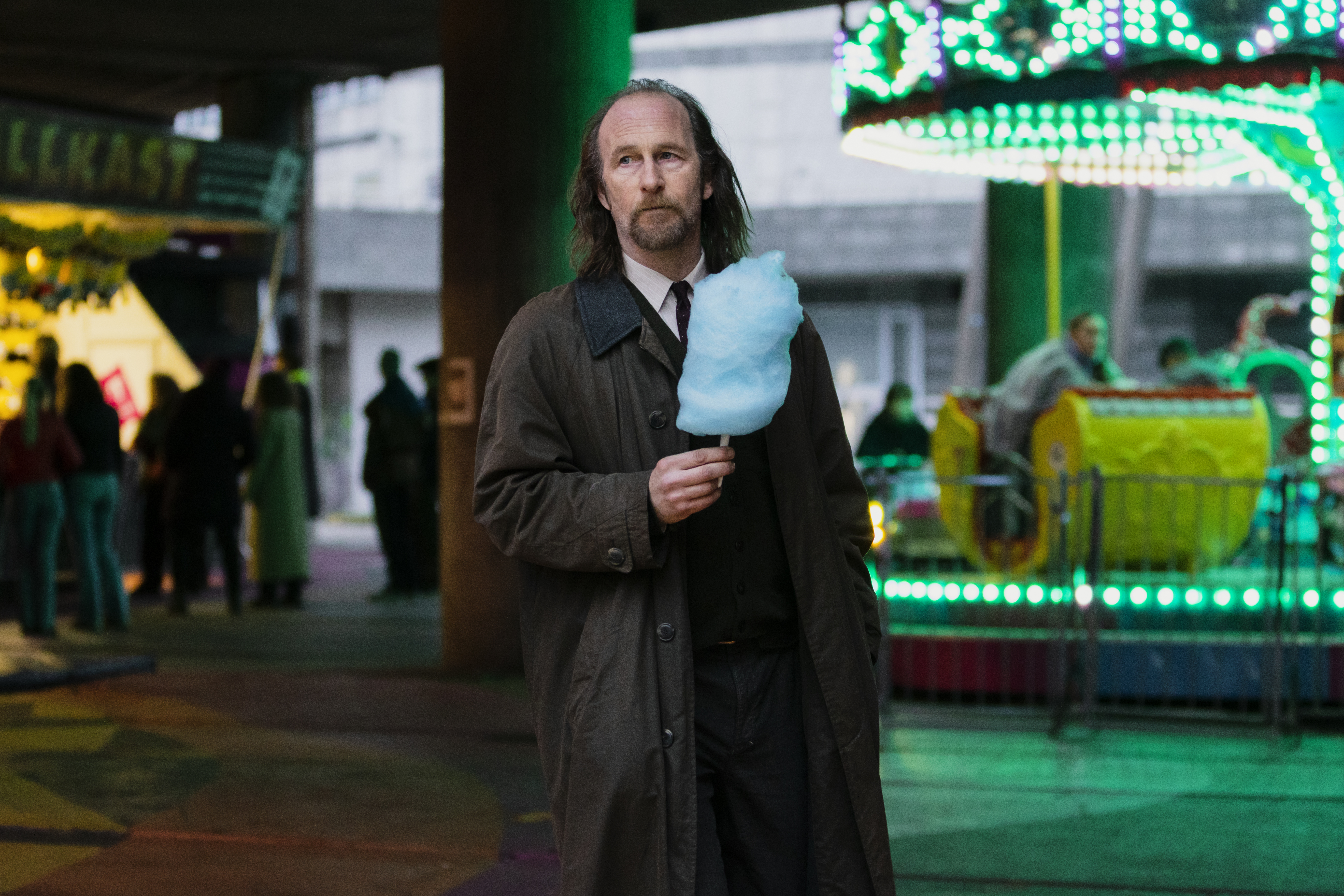 After also spearheading the HBO Portugal launch, Sulebakk was increasingly proving to be a pivotal figure in assisting with digitizing the future of the European business. In 2020, she was brought across the Atlantic to help develop the go-to market strategy for HBO Max in Latin America. Shortly after she relocated to New York to begin work on that launch, the pandemic hit the globe.

“I had two weeks in the office and then was stuck in an apartment in Chelsea, seeing the world changing and leading a team that I’d never met in person before on video and working with a group of people and executives in such a different part of the world,” she recalls. “It was one of the strongest working experiences I’d ever had in my life.”

WarnerMedia launched HBO Max LatAm in June this year across 39 territories in Latin America and the Caribbean before its European rollout began in October across Spain, Andorra, Sweden, Finland, Denmark and Norway. Launch across those six territories, says Sulebakk, was strategically important as they essentially “upgraded” the existing services into HBO Max, which would now fold in series and movies from Warner Bros, HBO, DC, Cartoon Network and Max Originals all in one place.

Throughout the last decade, Sulebakk and her HBO team had established a solid DTC business in the Nordics and Spain – as well as in Central and Eastern Europe and Portugal – and it’s this groundwork that provided the roadmap for initial launches of the flagship streamer in territories where the brand was already known.

“Our current HBO Europe business that oversees 21 markets is operating on two different technology platforms,” she says. “One platform is an external hosted platform, running the Nordic and Spanish businesses today and another one, that is internally built is running Portugal and Central Eastern Europe. So, we’re migrating over from the external platform first to HBO Max and then we will migrate next year on the legacy platform that is developed internally.”

She adds: “We wanted to make sure that we did everything flawlessly, so we don’t have the world of issues of launching everything at once and then not migrating properly. Our journey to migrate our existing markets will definitely come first because it’s our mission to transition our current customer base before we expand to new markets.”

Price points are, says Sulebakk, “crisp” in a bid to attract new subscribers in each territory. In the Nordic region, the price point has decreased around 20%, despite expectations it would increase due to HBO Max’s broader content catalogue and its attractive 45-day window on Warner Bros theatrical releases (a windowing that will prove to be a big driver for the streamer in the current DTC landscape).

In its first phase of launch in Europe on October 26, a month-long promotion was offered for all new customers with 50% off the monthly price for the lifetime of their subscription while all customers were offered 12 months for the price of eight. In Spain and Finland, for example, new customers will pay around €4.49 ($5.07) per month.

HBO Max will launch next in Central and Eastern Europe and Portugal in 2022 followed by launches in the Netherlands, Turkey, Greece, Iceland, Estonia, Latvia and Lithuania. Price points for all of these launches, which include territories where the company hasn’t had a DTC presence before, are currently being evaluated.

“We always look at price sensitivity analysis and the competition landscape,” says Sulebakk. “We definitely look at what is the right price point to maximize volume to get broader audiences.”

Of course, in key markets such as the UK, Germany, and Italy, HBO already has long-term distribution deals with Sky and that preclude the launch of HBO Max. That rich output deal is up in 2025 while in France, where HBO has a similar deal with Orange-owned service OCS, the deal is up even sooner.

Will HBO Max be eyeing to get out of those deals in these major territories to service their own platform?

“Sky is a very valuable client of ours, as is OCS,” reflects Sulebakk. “We are evaluating market entries as we go, so we don’t have a roadmap for all markets. We assess as we go and look into investment opportunities and also into partnership models, but we are really pleased with our relationship with Sky.” 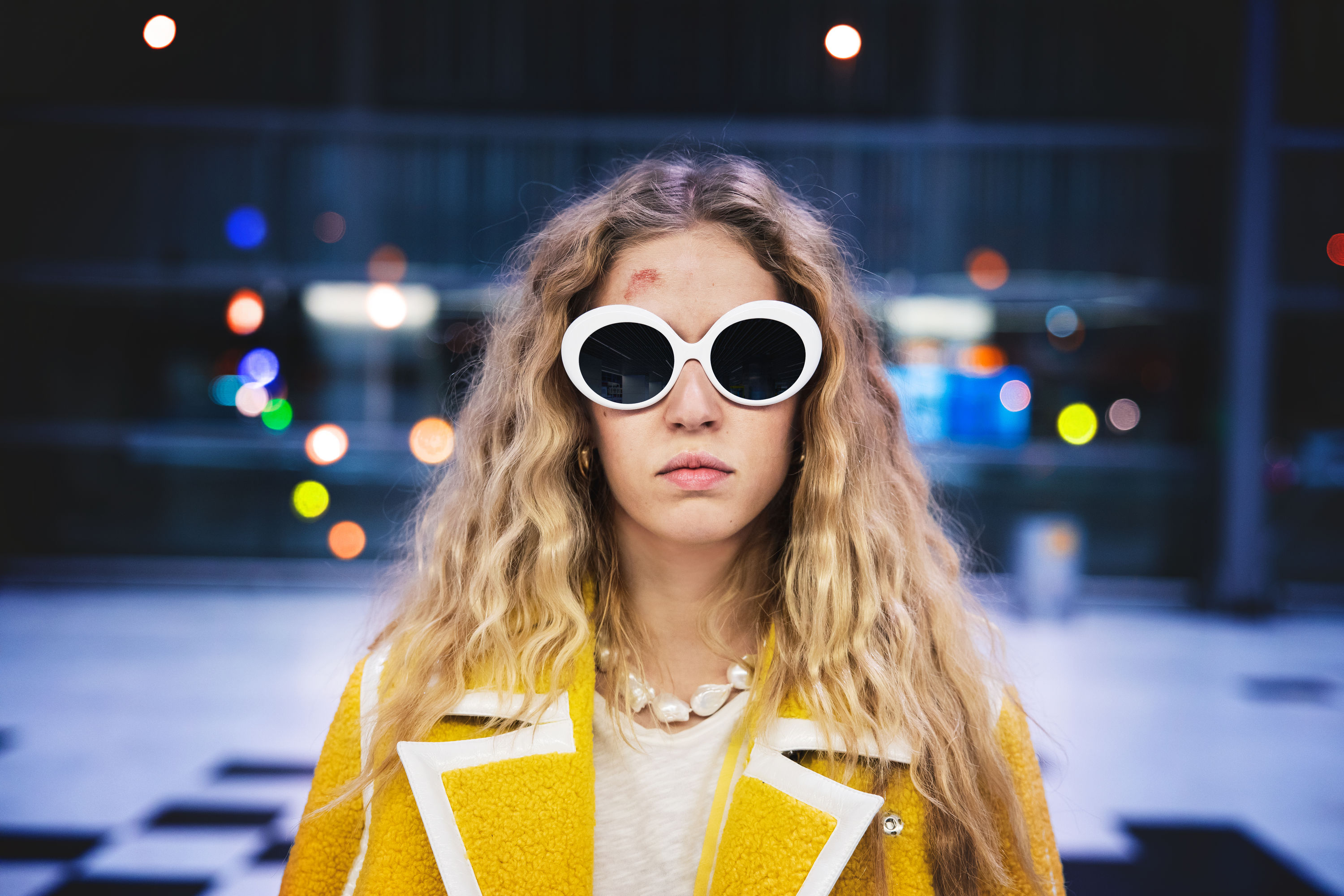 While the backbone of the streamer will be filled with WarnerMedia’s Hollywood product, developing local European original content will be a big push for the streamer. Sulebakk says the goal will be to find local stories with “local distinctiveness.” Last week, HBO Max launched its first international original day-and-date in the U.S. and globally with Danish drama Kamikaze. Written and adapted by Johanne Algren, the story follows a fierce and charming 18-year-old Julie on a journey of rediscovery after losing her parents and brother in plane crash. Finding herself alone in a large mansion with lots of money, she embarks on a wild and turbulent trip that takes her to far corners of the world.

“It’s really important for us when we produce a Max original that they are going to be branded a Max original coming from Europe and they will premiere on all HBO Max services around the world,” she says. “What we are looking for is local stories that are distinct and that has that HBO DNA.”

“We do have a uniqueness in Europe in that we don’t have all the players in the market so therefore there is still content to acquire,” adds Sulebakk, pointing to the success of The Handmaid’s Tale and Billions in the Nordic region, which it acquired from Hulu.

While there are plans for more day-and-date originals, which will align HBO Max with rivals such as Netflix, Amazon and Apple, Sulebakk insists “we don’t spend all of our time looking at competitors.”

“It’s the consumers who get the advantage of the streaming war because they get access to more content and better content,” she says. “While we are launching a new service with HBO Max, it’s on the backbone of a very strong and very successful story that we have had over many years – nearly a decade in streaming now – with HBO Europe. We are prepared to go in and become broader, deeper and more compelling in market while also adding the great value of our WarnerMedia stories. Previously, it’s been HBO as a distinct brand but now it’s also Warner Bros, not only the movies, but the rich library catalogue that we’ve been longing to get onto our servers for years such as Cartoon Network, Looney Tunes, classic stories from Turner and also the DC Universe.”

She adds: “We want to be distinct in our quality and the best in storytelling and put that distinct weapon in front of us, because that is where we are excellent.””