Welcome International Insider readers, Jake Kanter with you today. Take a walk with me through some of the biggest stories of the week. Want to get in touch? I’m on [email protected], or my DMs are open on Twitter. And sign up here to get this delivered to your inbox every Friday. 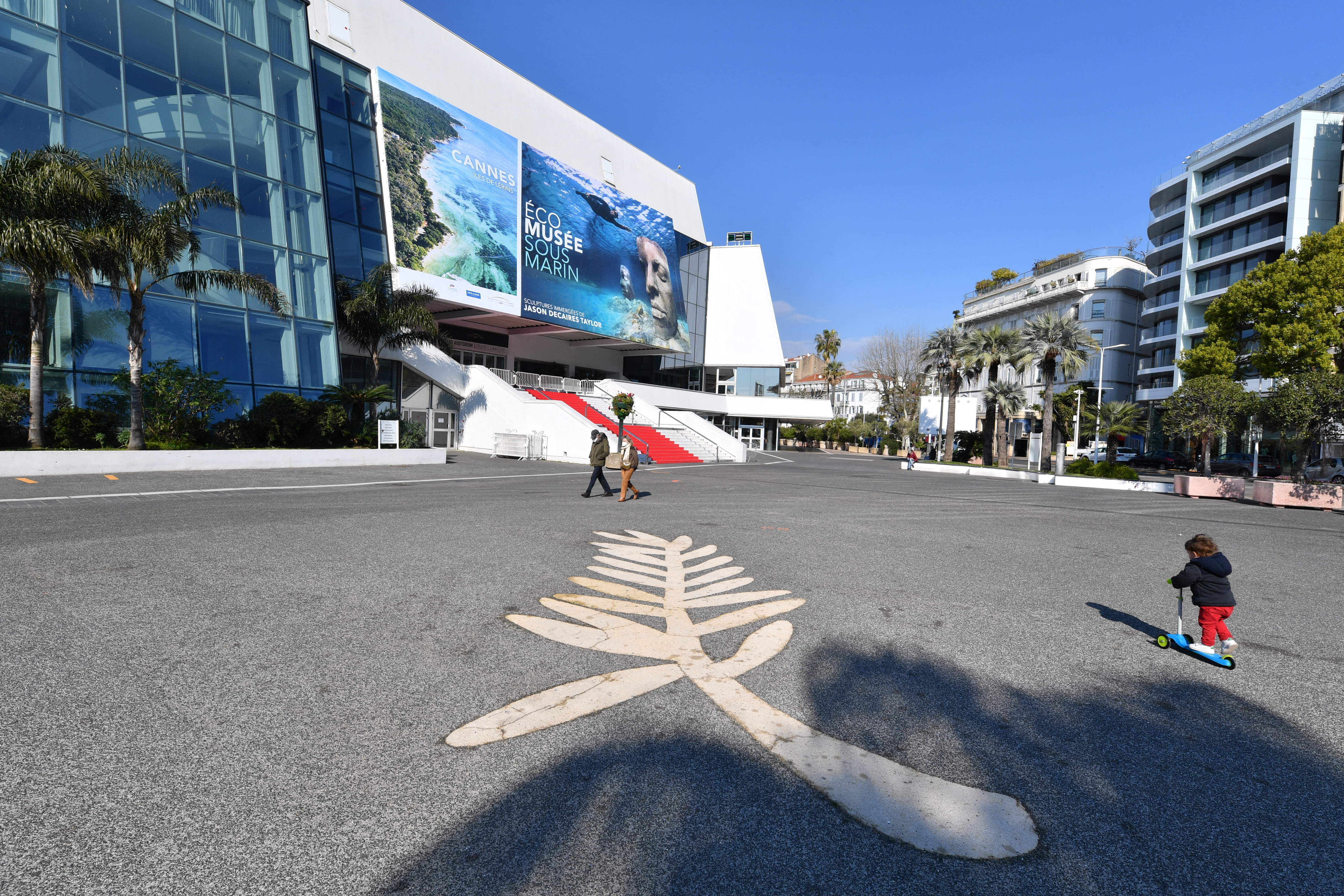 State of play: It’s MipTV next week, not that you’d really know it, given the absence of buzz around the annual TV market. Telly executives will tell you that MipTV has been in slow decline for a number of years now, and this spiral has been compounded by coronavirus. Even before Covid-19 changed everything, major distributors were eschewing the market in 2020. Then it became one of the first major television events to be toppled by the pandemic. Now, its digital pivot has now been extended into a second year, with France currently in the grips of a third national lockdown. Meanwhile, delegates have embraced Zoom, built their own sophisticated screening platforms, and leaned into local markets, like the London Screenings.

So what next? Studio sales chiefs told us that global gatherings remain important, but Reed Midem might be better off consolidating MipTV and Mipcom into one single mega-market. “MipTV has reduced in importance for us over a period of years,” said All3Media International CEO Louise Pedersen, summing up the mood of many of her peers. “The distribution market feels like it has room for one big general market like Mip/Mipcom, but not two.” Read more here.

Still got some magic: This is not to say that there isn’t any affection for MipTV. Jonathan Ford, the former Kew Media Distribution executive who now runs Ababcus Media Rights, said the market will be a useful opportunity as a new player in the industry. “We still class MipTV as a key market for us, especially during a lockdown as it helps us reach the clients we haven’t been able to see directly this year,” he said. And Reed Midem has proven it can still score big names after netting a keynote with David Beckham, billed as his first TV industry-focused address. We’ll publish full Q&As with 10 sales chiefs next Monday, and you can keep track of all of our MipTV coverage right here.

All eyes on Mipcom (and the Cannes Film Fest): October is the gathering on the French Riviera that everyone is hoping can become some sort of reunion. For all the virtual gloss, staring at a screen is no substitute for in-person events, where the rosé flows and the gossip is easy to come by. Reed Midem will be watching other Croisette coming togethers with interest as it makes plans for Mipcom, not least the Cannes Film Festival, which is promising to gather people in “large numbers” in early July. The film biz is more than a little skeptical, and my colleague Andreas Wiseman has heard whispers of a splinter event in June, which would dilute the fest across three different diary dates. Read Andreas’ story here.

The BAFTAs, But Not As We Know Them 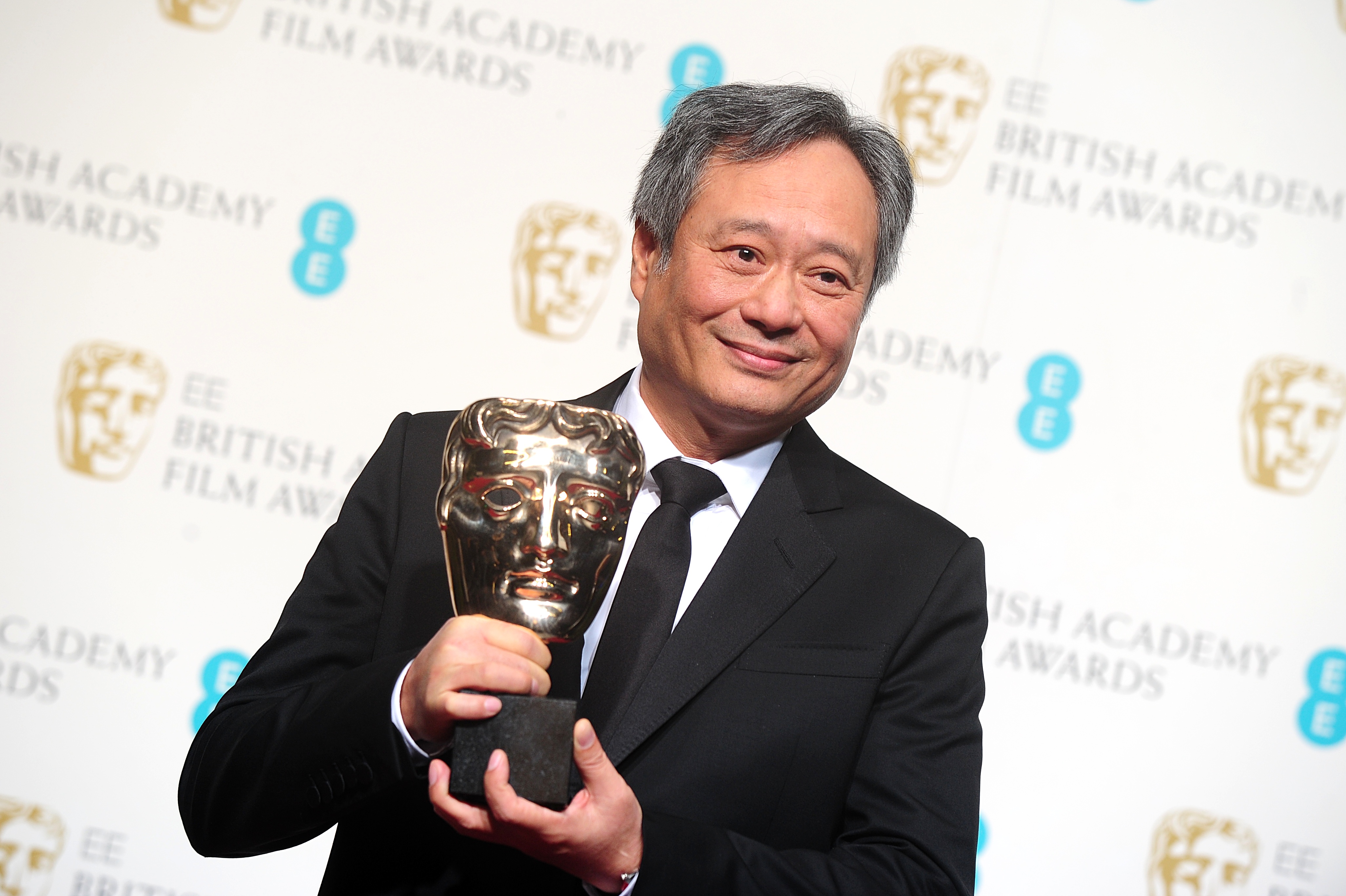 The campaign trail: This week, our reporter Tom Grater dove into the world of BAFTA campaigning in the pandemic era. This has been a season riddled with challenges and an almost entire absence of glitzy in-person events and screenings, normally a mainstay of the pre-awards trail. However, that hasn’t stopped awards consultants, who have redoubled efforts and gotten creative with stay-at-home solutions. From Michelin star meal deliveries to country-themed cocktails, our article offers an intriguing window into how voters and influencers have been buttered up in the comfort of their own homes. Go deeper here.

Lee’s a jolly good fellow: Congratulations to Ang Lee, who will be the recipient of the BAFTA Fellowship this year. The ground-breaking filmmaker behind Crouching Tiger, Hidden Dragon will receive his prize at the Sunday ceremony. “England has been particularly good to me in my career, especially with Sense and Sensibility, which was like a second film school for me. It’s a tremendous honour,” Lee said after hearing the news. 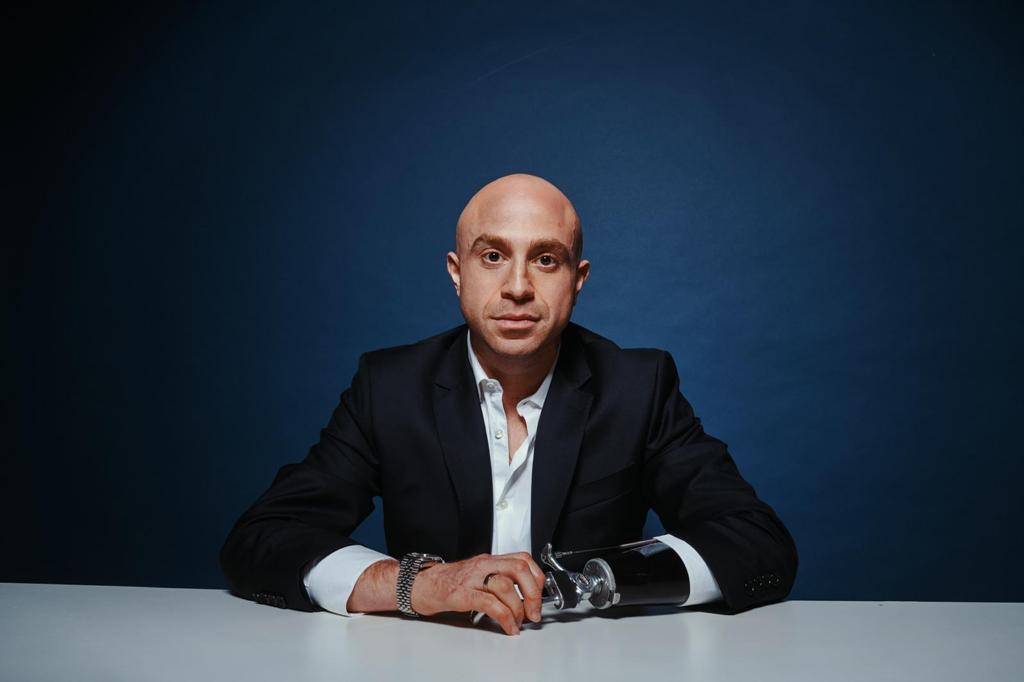 The project: We revealed yesterday that Israeli production, distribution, and rep firm ADD Content Agency, and European media group Mediawan, are partnering to develop a series inspired by the life of Israeli activist, entrepreneur, and former soldier Ziv Shilon. Shilon was severely wounded on the Gaza Strip in 2012, losing his left hand in battle. After undergoing 17 surgical operations, he became an advocate for the disability community. Read Andreas’ story.

Mediawan momentum: The collaboration speaks to the potency of two growing forces: Mediawan and Israeli drama. Mediawan was set up in 2015 by telecoms billionaire Xavier Niel, investment banker Matthieu Pigasse, and TV executive Pierre-Antoine Capton. The group now owns dozens of production companies, including Lagardere Studios and its French banner Atlantique Productions, whose credits include Damien Chazelle’s Netflix series The Eddy, and Mon Voisin Production, which makes global Netflix hit Call My Agent. The group also runs production hubs in Spain and Italy and has a stake in German major Leonine.

Over in Israel, ADD Content Agency co-founder and head of international Hadas Mozes Lichtenstein has also been busy, playing a part in expanding the global footprint of flourishing Israeli TV drama by brokering the sales of the original Israeli drama series Euphoria to HBO for an English-language adaptation and the lauded drama Fauda to Netflix. Israel’s reputation as fertile ground for TV drama — ripe for adaptation — continues to soar. After Prisoners Of War (adapted as Homeland), In Treatment, Shtisel and Fauda, the hits keep coming, from Tehran to On The Spectrum. 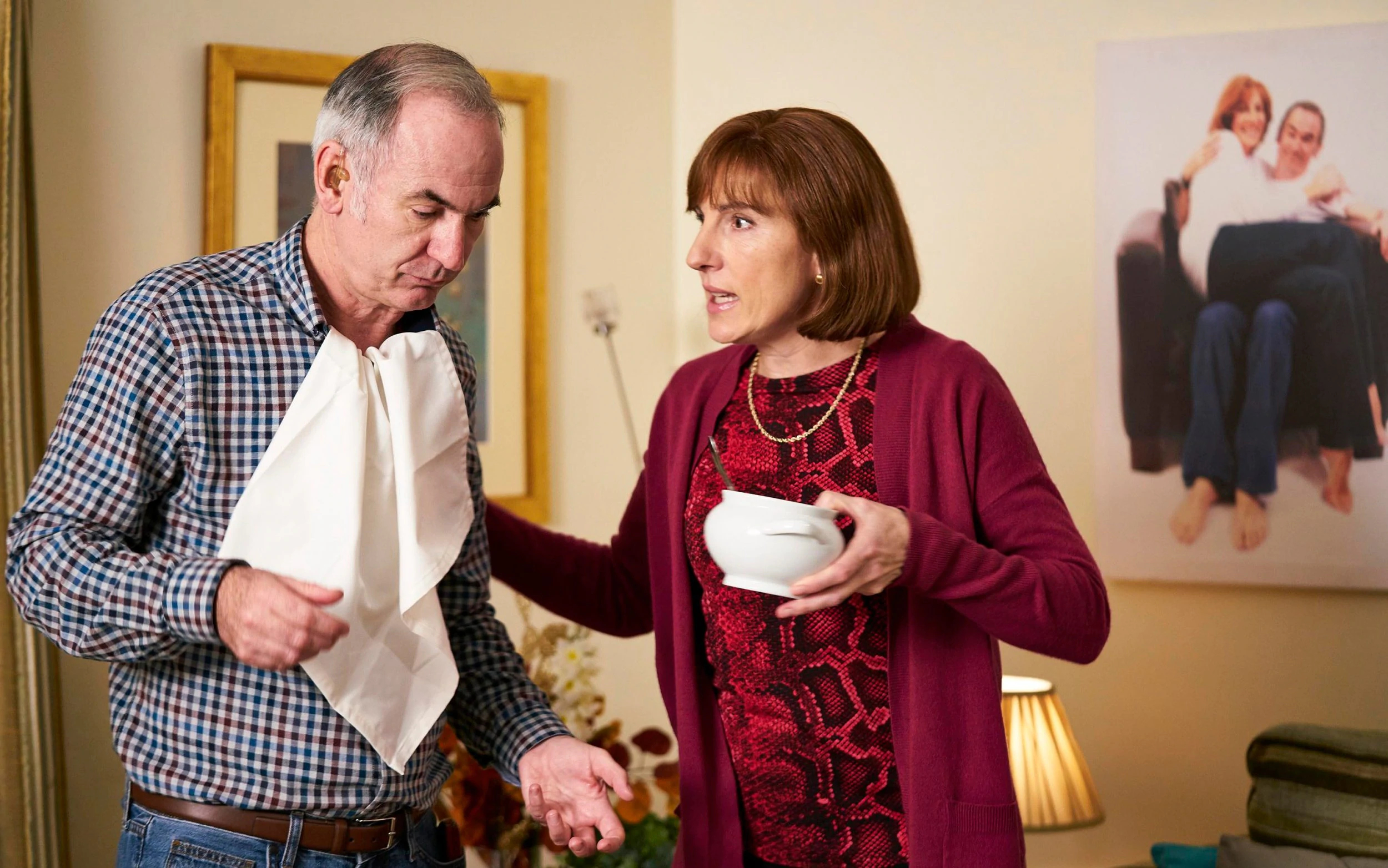 Paul’s passing: The British entertainment industry this week mourned the loss of actor Paul Ritter, who died on Tuesday aged 54 after suffering from a brain tumor. Ritter was a prolific presence on our screens, notably starring in the Emmy-winning Chernobyl as the dastardly Anatoly Dyatlov. He was arguably best known for playing eccentric, usually shirtless Martin Goodman hosting his “bambinos” for supper in Channel 4 comedy Friday Night Dinner.

A touching tribute: Ritter’s premature passing sparked a wave of grief from former colleagues. Friday Night Dinner co-star Tamsin Greig wrote touchingly in The Guardian about his casting in the Big Talk comedy: “When I was told that they wanted him to play Martin Goodman in the pilot episode of Friday Night Dinner, I said: ‘You get him and I’m in.’ Not only did Paul deliver in the role, he far surpassed everyone’s expectations – surprising, versatile, oddball, rooted in the clearest truth and always utterly, heart-stoppingly hilarious.” He will appear in the show’s 10th-anniversary retrospective, due to air on Channel 4 later this year.

Sums it up: Ritter’s death brought to mind one of Goodman’s memorable catchphrases in moments of strife: “Shit on it!”

🌶️  Hot one of the week: Twist actor Raff Law (son of Jude Law) has joined the cast of buzzy Apple Studios limited series Masters of the Air, which has commenced filming in the UK. Andreas had the story.

🏆  Awards news: The 2021 Outfest Fusion QTBIPOC (Queer, Trans, Black, Indigenous and People of Color) Film Festival is set to honor I May Destroy You icon Michaela Coel with the Fusion Achievement Award later this month. Dino-Ray Ramos has the story.

🇮🇳  Hindi film halted: Indian film star Akshay Kumar was hospitalized after becoming one of 45 people to contract coronavirus during production on Amazon’s Hindi movie Ram Setu. India is experiencing a surge of Covid cases after the virus had looked to be largely under control earlier in the year. Go deeper.

🚚  On the move: Disney+ has hired Lee Mason, the Channel 4 commissioner behind It’s A Sin, as its scripted director in EMEA. Full story.

📺  One to watch: There aren’t many busier women in British TV than Katherine Ryan. As well as regularly guesting on panel shows, the Canadian comedian has her own Netflix comedy, The Duchess, and is filming a show for Amazon. Next week, she fronts Great British Bake Off-style jewelry competition series All That Glitters. It premieres on BBC Two on April 13.

🎦  Trailer dash: ViacomCBS’s UK network Channel 5 has dropped the first trailer for its hotly-anticipated Anne Boleyn series, in which Jodie Turner-Smith stars as the beheaded wife of King Henry VIII. Take a look. 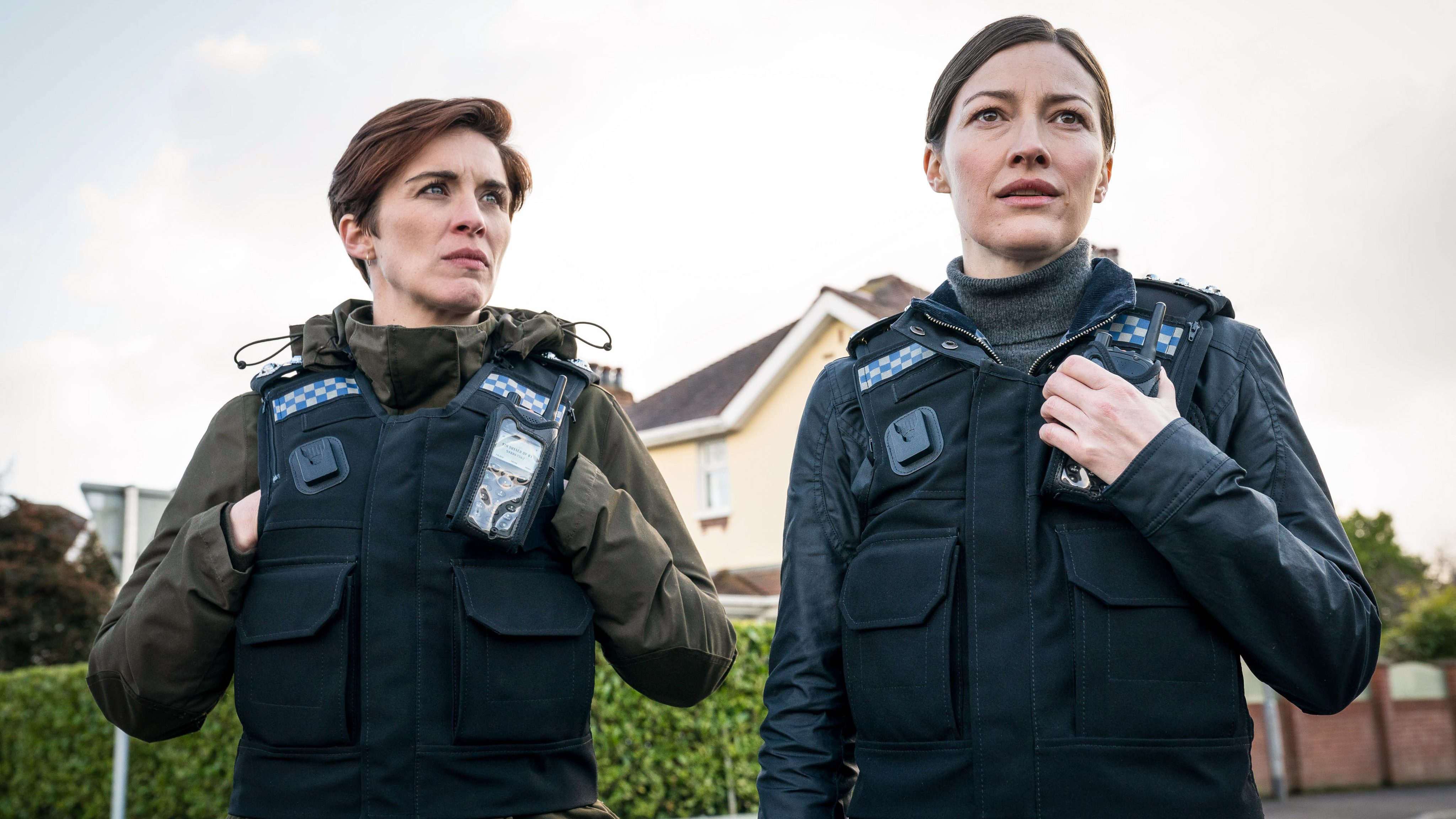 In the line of duty: International Insider had last week off, so weren’t able to bring you our deep-dive feature on how Britain’s most powerful television executives kept the lights on during the pandemic after the production shutdown wiped out shows like BBC blockbuster Line Of Duty (pictured). Seven days on, it’s still worth a read. Come for the sobering perspectives of the BBC, ITV, Channel 4, Channel 5, and Sky’s content chiefs, stay for inter-broadcaster shade and some personal insights from the UK’s TV tastemakers. Sky’s managing director of content Zai Bennett spoke for many of us when he said: “I think of myself as really strong-minded, but even I’ve had moments where I just want to smack my head on my desk.” Go deeper.