The original bad girl is back.

Tanisha Thomas, who came to fame for her colorful personality in 2008 after appearing on Oxygen’s reality show Bad Girls Club, is returning to her roots. She’s starring in and executive producing a series for the Zeus network called Baddies ATL. It features a number of notable favorites from the BGC universe, all coming together to try and co-exist.

“I had one goal. Obviously to see if we could come together to get to the bag, to make the money to pay thse bills and start a business. You’ll have to tune in to see if we get there,” the 35-year-old tells ESSENCE. “It’s a pretty rocky ride.”

A lot has changed since Thomas was banging pots to wake up her former co-stars. She’s stepped away from more raucous reality shows over the years, focusing on hosting and positive imagery, and becoming a mother to her now 3-year-old son, Aiden.

“My son has been my saving grace,” she says. She admits though that motherhood changed her in ways she hadn’t imagined because of a serious bout with postpartum depression. After two years of suffering, she sought out help.

“I thought someone like me, it wasn’t possible,” she says. “I come from a West Indian background where we’re raised to…just be so strong. The light is not really shined upon that kind of stuff. I don’t know if I got supported in that way to be that forthcoming with my feelings and it wasn’t until it started to leak over into other things in my life that I was like, ok, I’ve got to fix this.”

Thomas’s depression also showed itself in her inability to let others watch her son. She even turned down work opportunities “when I needed to take those jobs and offers” out of fear. Since getting help, she’s made great progress and connected that her own negative experiences in childhood played a part in her overprotectiveness.

And overcoming the toxicity of the past is Thomas’s priority these days, not only in her dealings with her Baddies ATL co-stars and in beating postpartum, but also in regards to leaving behind the trauma of former relationships. Getting out of a particularly bad one motivated her to take charge of her health a few years ago. Thomas shed around 70 pounds in 2015, getting down to 168 at her smallest, and has managed to keep a lot of the weight off. Though she admits it’s a struggle and she yo-yos after having her son in 2018, she still has things under control thanks to being a mindful eater. 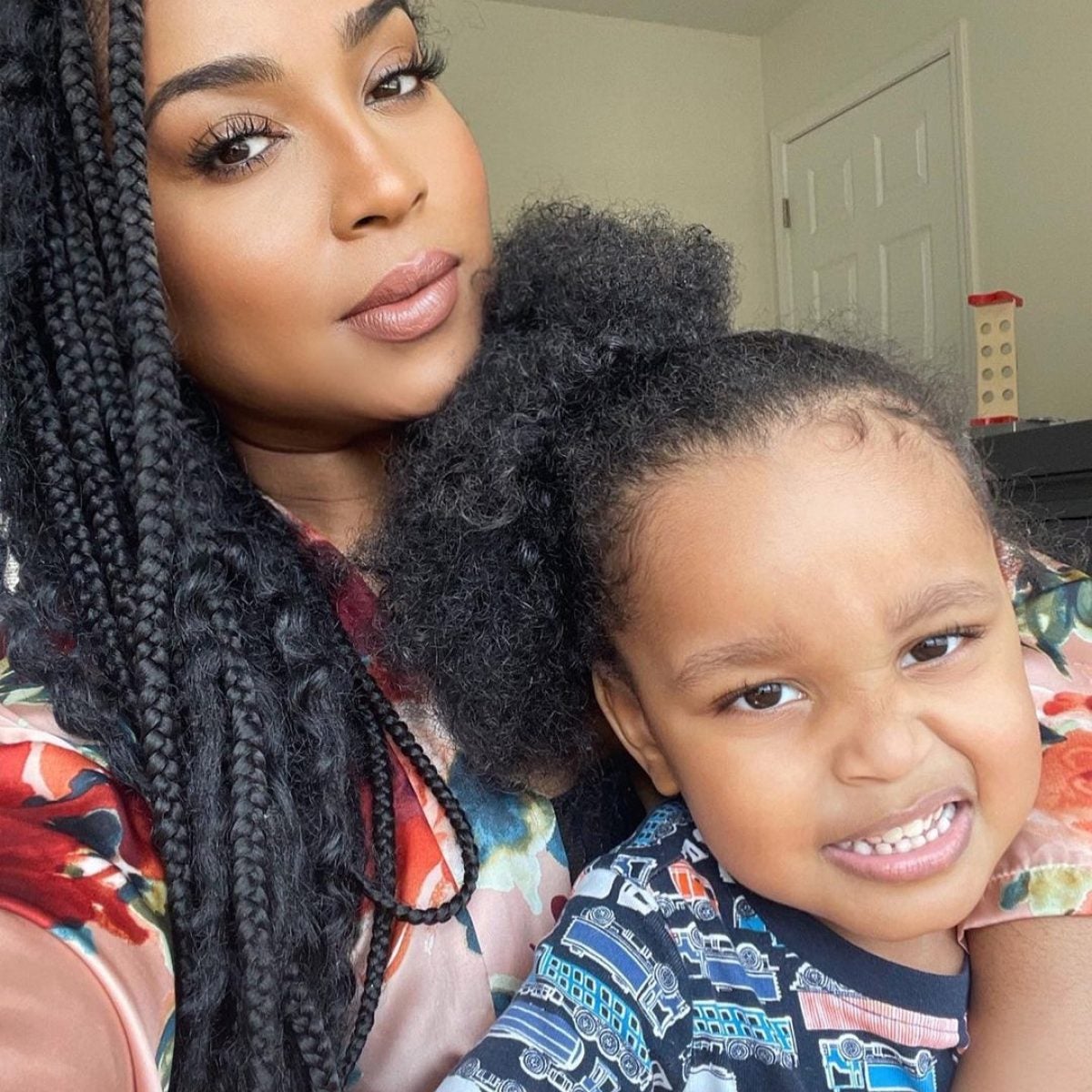 “I’m very self-aware of what’s going in my mouth,” she says. “What am I eating? How late am I eating? It’s a conscious effort. It’s a lifestyle change. I just kind of made up my mind that I know I’m probably going to go back and forth like a yo-yo and that’s ok because I’m human, but I just don’t want to end up where I started.”

She’s also become engaged since welcoming her son. She’s been with fiancé Carey St. Hilaire for five years, announcing their engagement in 2018. Thomas actively letting down walls created by past unhappy relationships has helped them to stay together.

“He’s super amazing. He loves me for free,” she says. “He loves me on my best days, he loves me on my worst days. He gets me. We have our spats. It will be like that when you get with a hothead like me…but it’s all love.”

Up next for the couple will hopefully be a wedding. That is, if Season 1 of Baddies ATL performs in the way she believes it will.

“If the show does what I think it’s going to do, which is a success and we get a Season 2, then I will set the date officially for the wedding,” she says.

As for right now, she’s just glad to be in a good place, mentally, physically and emotionally, but still the larger than life Tanisha Thomas we’ve come to love. The good kind of “crazy,” as she puts it, is still ingrained in her. She’ll admit she can curse you out one minute and then embrace you the next. Her fiancé can attest to that. Thomas took to social media to say they were calling it quits last year after he tested her last nerve in the midst of quarantining.

“I was mad that day. He was probably laying next to me [laughs],” she jokes. “You know I’m crazy. I will chew you out and you are laying on my chest. I just gotta get it out. But it’s all love. That’s what I’m saying — he gets the crazy.”

Check out more of our conversation above and tune into BADDIES ATL when it premieres Sunday, May 16 on Zeus.